One God, One Book, One Way 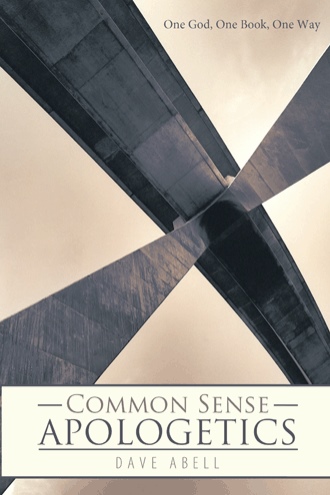 In our day, we can readily imagine the reasons someone writes a particular thing, and we can certainly question their motives. In other words, if someone is writing a book, is it possible they could be lying about the people and events in the book? Of course! But what might those motives be? Money, fame, revenge, etc…are all powerful motivators for making up stories. Let’s apply those same suspicions to the people who penned Scripture. For a moment, take the position that certain events took place, and that the Biblical authors wanted to give the Bible more appeal and credibility, so they wrote events back into previous books to make it look like the Bible had prophesied these events years and years before. First of all, the people writing the Bible didn’t go on book tours and get paid for their work. Could fame have been a motivator? If they lied and were caught, the religious authorities of that day would have made them “famous” by having them stoned to death in the public square. If the writers were true believers, why would they blaspheme God by attributing such damnable lies to Him? Why would they try to write back in words that many people would quickly realize was pure forgery? Why would they risk shaming their families? If the writers were true believers, why would they basically being signing off on their own death, immediately to be followed by eternal punishment? Imagine asking them these questions as they were about to say any last words. What would their answers be? “No reason”. “I wanted to see if hell was really as bad as they say”. “God needed my help so I thought I would, you know, embellish a little”. Obviously I’m being silly, but in a way, that is the larger point! There are no sufficient answers to any of those questions. True believers in Scripture would not do anything so stupid as to put lies into God’s mouth, especially when their deception would be so quickly and obviously exposed. Additionally, it seems pretty clear that they wouldn’t be enjoying short term riches, fame, or popularity with the ladies. Rather, their rewards would be death and eternal damnation. I also want to stress, once again, that if the writers were true believers, they would not have attributed lies to God; and if they were not believers, they would not go out of their way to make that which they did not believe in, seem more credible. What about the possibility that the authors didn’t believe in Scripture, yet, created forgeries to punch up the Bible’s status? Again, what would be their motivation? The risk factor would still be too high, the rewards too little, and the already established Scripture would prove any attempted forgery to be a waste of time.

When we look at Bible prophecy, we see things fulfilled even as recently as within the last 100 years; other things are taking shape as we speak. Furthermore, when history is viewed in light of the Bible—and we read these prophetic passages—the most reasonable conclusion—especially given all that we’ve discussed—is that God is the ultimate author. Therefore, the Bible stands firm as God’s true word to us. He has conclusively illustrated that fact by giving us thousands of examples of history written in advance. All these things tie back in to what I laid out in the beginning of the chapter. No one can deny the narrative contained in the Bible in terms of prophecy, math, science, medicine, and history. But like so many things, what conclusions can be drawn from these various narratives? Well, they were either totally fabricated by man, or they are the Inspired words of the living God. Even with the brief touch provided in this book, we can see that it makes far more sense to take the position that human concoction is not a good explanation for the Biblical narrative and its seeming accuracy. The fact is, however, there is no seeming about it; God has spoken through these Biblical writers. It is, therefore, abundantly evident that within the pages of the Bible we can see: statements of history that are verified by many disciplines—not the least of which is archaeology; thousands of predictive declarations that are detailed, specific, and nuanced—and further, those things have come to pass in detail and specificity; several statements that are accurate in a scientific and medical context; and, finally, great integration and design within the actual text itself. What I’ve tried to do is take the Biblical narrative, and demonstrate that it is, first of all, potentially true, to then offering reasons why it is actually true. Obviously, there is an additional wealth of detailed evidence, points of reason, and common sense which under-gird the last statement.
Did the checks and balances I mentioned resonate with you? Because of the progressive revelation God used, it basically kept everyone honest and forced an accountability that would be absent if the Bible had been presented in other ways. Having said that, God’s Word would be God’s Word no matter how He chose to reveal it. My point is simply that progressive revelation gives us one more tool that we can utilize to defend the integrity of Scripture.
Above and beyond what we’ve already discussed we have, what is in essence, the final trump card and ultimately most important aspect of all this, and it is God’s superintendence of the Scriptures. When we think of the existence of God, His moral authority, the moral imperative within us, the beauty of the heavens, the innate knowledge of God in all of us, along with the same knowledge concerning eternity, and the recognition and desire for love, it makes perfect sense that God would communicate a message to us. It is further reasonable that the message God gives us:


The Bible, without question, meets and surpasses those seven points. We have a book that explains why the world is the way it is and where it is headed. It shows why man cannot attain a paradise on earth apart from God. The Bible also tells us that the wages of sin is death, but that the gift of God is eternal life in Jesus Christ. (Romans 6:23) Yes, God hates our sin, yet, He loves us. Being that He desires no one to perish, but for all to come to repentance, He sent His Son to pay for our sins on the cross. Furthermore, our faith in what Christ did for us is what opens up the gates of heaven and allows us to experience a life that will contain an eternal joy and peace that is indescribable in human terms. The alternative is quite dire, however. But as we discussed earlier, because we have a free moral volition, life, and the choices we make, have meaning. Indeed, the ability of free choice has some baggage to it. Life has meaning, but sin gets us in a lot of trouble, which—considering the reality of hell—is somewhat putting it mildly. It is needful, however, to look at the other side of that coin and contemplate the reality of Heaven.

While atheists and religious liberals purport themselves to be enlightened intellectuals, what we find, upon deeper exploration, is that their “intellectualism” is simply a facade. Conversely, many believers are unable to defend their faith and shrink back when confronted with tough questions, particularly those concerning Jesus being the only way to Heaven. Whether out of fear, lack of knowledge, or a spirit of compromise, the ability to express the idea of one true Holy Book, and one true way to Heaven, seems to escape far too many Christians. Common Sense Apologetics will inspire Christians to drop this spirit of timidity, while gaining confidence and loving boldness when sharing the faith. Foundational, is the fact that God has not called Christians to believe what is not believable nor defend what is indefensible. The evidence for God’s existence and the truth of His Word is abundant and accessible. Christians have Biblical directives to share the Gospel of Jesus Christ, and lovingly contend for the faith when it is perverted from within and attacked from without. This book is uniquely constructed to present a practical approach to learning why the Christian faith is true, and a better method for defending that truth.

The Lord got my attention twelve years ago, when He pulled me from a listless, in name only Christianity. My new walk began with much joy, but that joy was stifled when I became burdened by doubt about the truth of my beliefs. However, this was a loving work of the Lord because it led me to an endeavor that has been a constant in my life for these past years, and that has been the study of Christian Apologetics. God has blessed us with great teachers—experts in their field—who have done seminal work in responding to skeptics, equipping Christians to defend the faith, and elucidating the wonderful evidence God has given us concerning His existence and the truth of His Word. Yet it seems that Christians fear that the task of Apologetics is too daunting. However, I’m living proof that a formal education is not a necessary pre-requisite to become a stronger defender of Christian truth. Understanding what we believe-- and why we believe it-- is not beyond our reach. Again, God has mightily used the experts and we can draw off of their knowledge. This does not mean, however, that we all need to be Seminary graduates to be effective witnesses for Christ. My contribution is to illustrate that; indeed, God can take an ordinary Christian and infuse great perspective and learning. Additionally, I learned that the Holy Spirit is the greatest Teacher. God has never let me down when I have come to Him with questions concerning any aspect of Christian Apologetics. Additionally, the answers God provided to me were ideas that I hadn’t previously come across in other resources. Since I’ve been able to successfully implement these fresh ideas in my own walk— as well as teaching and witnessing to others—I was inspired to offer these thoughts to a wider audience. Finally, I have a close friend who is an atheist. Mindful of what his objections to Christianity were in the past, and in anticipation of what he would raise in the future, I studied every possible angle. So that I would be prepared for any question, I took the objections far beyond what I’ve even heard the most hard-hearted atheist bring up. As to the Bible itself, I exhausted the accusations and doubts of the so-called “Higher Critics”. I envisioned scenarios of human concoction and hoaxes concerning the Gospels that even the most ardent skeptics haven’t broached. Perhaps this was overkill, and it was definitely painful at times. However, when I jettisoned the exclusive use of my own mind, and did these exercises in conjunction with prayer, that is when things really began to fire, and the fresh perspective and ideas came rolling in. Praise be to God that He not only has saved us through Jesus Christ, but has also not left us in the dark about the truth of that salvation. Currently, I am a member of the Elim Evangelical Free Church in Oak Lawn, IL, where I serve as the Deacon Board Chairman, as well as service in the Church’s Oversight Board. I’m 48 years old and am a native Illinoisan. Kristy and I have been married for almost 22 years, and we have three boys: Michael, age 13; Samuel, age 10; and Daniel, age 8.