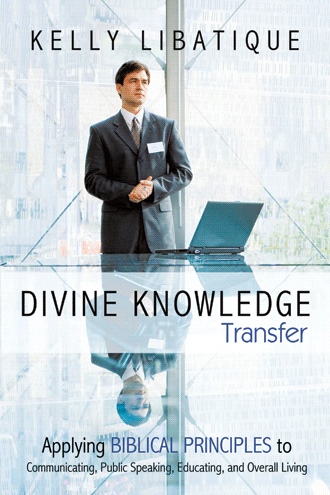 John was feeling confident. After almost twelve years working in a network support and application development department for one of the largest telecom companies in the world, he was on top of his game. His title and wages as Sr. Developer were well earned, in part because he was often single-handedly solving some of the most technical issues his group faced.

It was no wonder he was chosen to be the keynote speaker for his group at the company-wide 2006 Summit and Training Meeting in San Francisco, CA. His audience would include peers, network managers, Executive Directors, and Vice Presidents. Although he had never aspired to be a public speaker, he felt he had this in the bag. A day or two before the presentation, he threw together a PowerPoint slide show that included visuals with bullet points and diagrams. He smiled as he finished it--this was going to be easy. I’ll just get up there and talk about what I already know, he thought.

The big day came, and John waited nervously in the front row watching other speakers. For attire, he donned his usual outfit of khaki pants, a Hawaiian-style shirt, and sneakers. When he was introduced, he stepped as causally as he could to the platform, with his hands wringing and his feet shuffling. He stood before everyone for a moment, cleared his throat, and appeared to have forgotten (or never worked out) exactly how he was going to begin.

From the moment he took the stage, the combination of both his mannerisms and his appearance hadn’t been very impactful. People watched, but with indifferent looks on their faces; he had their attention for the moment, but there was little enthusiasm. He fumbled for a few seconds with the laptop and put up slide number one, a screen packed with about ten full-sentence bullet points in a font size too small to read. After staring at the screen for a moment, then glancing at the crowd, he turned with his back half-facing the audience and began reading aloud. He read each bullet point line by line, word for word.

After a couple minutes of this, he turned back to the audience, and with a nervous smile asked, “Any questions?” There were none. About a third of the audience was already thumbing their BlackBerrys or iPhones, or had their laptops open checking something. A handful of people in the back were at the serving tables, whispering and loudly pouring ice water.

Slides two and three were the same thing, crowed, text-packed screens he stood there reading. Slide four had a diagram that looked like a road map of Los Angeles. Using his hand, he pointed here and there trying to explain it. He stood a good thirty feet from the large screen, and it was impossible to see what exactly he was pointing at.

As John neared the end of his presentation, he knew he had botched it. He could see that he had lost most of his audience, but had no idea what to do about it. The more the crowd disengaged, the more edgy he looked. The nervousness manifested itself in a painfully forced smile, and his eyes betrayed his lack of control. They began darting faster back and forth, scanning the room as if he were searching for help--which he probably was.

When it was finally over, he said with a grin, “Well, thanks everyone. Hope I didn’t bore you too much!” No one really laughed, although there were a few chuckles of support from folks who knew him. Glancing up from their electronic devices, the rest of the crowd gave a generous but halfhearted applause as he sat down and breathed a sigh of relief. The look on his face asked, what went wrong?

I was there that day and watched John give that presentation. I felt bad for him because he could have done so much better with a just little preparation and a few tricks up his sleeve. I worked with John’s group for several years, and besides being a great developer, he’s an accomplished musician and a prolific reader. He’s one of the brightest people I know. Even though he knew more than anyone in the room about the topic, he ended up coming across as a beginner.

As well, his visuals were uninteresting and difficult to follow. The result was no connection with the audience. They lost interest, paid little or no attention, and I’m quite sure next to nothing was remembered by most. John is not alone. Many have been there, done that, in similar scenarios and wondered what went awry.

One of the reasons I became a professional communicator is because I’m constantly amazed at how difficult it is for so many people to get a message across. This happens even if the message is simple, and the speaker is the subject matter expert. I also discovered that whether a person is talking one on one, in a conference room in front of a handful, or behind a podium in front of hundreds, many of the same rudimentary problems exist.

In both personal experience and borrowing from the wisdom of others, I’ve come across basic techniques one can employ that can make anyone a great communicator. Many people just don’t know what those techniques are. Maybe they’ve heard about a few, but don’t know how to apply them. Maybe they have an underlying assumption they don’t possess enough smarts or talent to learn some of these things. Not true!

You don’t have to be brilliant (I’m not), you don’t need a Ph.D. (I don’t have one), you don’t have to have majored in speech or broadcasting in college (I didn’t), nor do you need the charisma of John F. Kennedy (I wish!). Any one or combination of the above can help, of course, but there are fundamentals of communication that anyone can learn that will make a person an effective orator, if put to practice.

In 1973, the Sunday Times of London conducted a now well-known and readily cited survey. Three thousand Americans were asked what they feared the most, and 41% of the respondents listed "fear of public speaking" as their number one fear, while 19% listed "death." This led comedian Jerry Seinfeld to make famous his comment that, if this survey is true, at a funeral, more people would rather be in the casket than giving the eulogy. With this writing I want to explore the reasons why so many people fear speaking and, more important, what can be done about it.

It doesn’t matter who you are or what you want to be in life, you must be able to effectively communicate to achieve. You may want to be a better teacher, salesperson, motivator, manager, or preacher. Maybe you just want to be able to conduct better meetings at your workplace or improve interpersonal skills. Whatever it is, you must be able to successfully transfer knowledge and ideas to others. You also need to know a few things about influence and getting people to take action. Some are born into some position of authority and some have emerged out of nowhere, but in every case, the individuals who end up making the difference are those who were able to get their message across to others.

Divine Knowledge Transfer
is a handy guide for both novices and professionals in the areas of public speaking and knowledge transfer in general.

In a poll, Americans said that they fear public speaking more than even dying. Can anything be done to ease the anxiety and take control of that fear? Are there practical steps that anyone can take to make a person communicate better in front of others? You bet there are.

You may not regularly speak to crowds. Perhaps you just want to be better at getting a message across to other individuals or in a boardroom. Maybe you just want to be less anxious and more confident when speaking to people. Divine Knowledge Transfer can help.

This guide takes the science and techniques of communication and explains them in the most easy-to-understand way possible. This information is based on years of practice and experience in professional communication, including technical writing, recorded and online training, live webinar and classroom training, and keynote speaking.

It then goes a step further by combining these principles with Scripture. God’s Word, after all, is His love letter to us, His main method of communication to us today. The Bible is filled with all sorts of practical advice on how we relate and communicate with others, as well as ways to prepare for difficult circumstances and people.

Divine Knowledge Transfer can help you to become better at what you do. Whether a person is a teacher, preacher, or public speaker, the individuals who make the difference are those who are able to communicate effectively and get a message across.

Start becoming better at getting your message across today.
eBook available through Amazon.com and Barnes and Noble.com!

Kelly Libatique began his career in the high-tech and telecom industries in the early ‘90s as a technical writer and trainer. Since then, he has done training, speaking, marketing, and representing around the country for some of the biggest players in the corporate world, including Sony Electronics, Cisco Systems, and Verizon Wireless.

Most of his free time is devoted to family, but he his also an avid ornamental fish keeper, enjoys juggl-ing (knives and torches included), and is a regular actor, musician, and singer in various church ministries. Occasionally, his acting and voiceovers can be seen and heard on television and the radio.

Kelly is also the author of A Toast to the Holy Ghost? He has a BA in psy-chology and an MS in education, and resides in the San Francisco East Bay area with his wife and two children.