Awakening to the Mission Through the Study of 1 Samuel 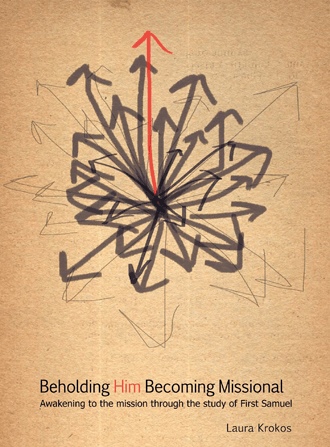 Cloud of Witnesses During World War II, Corrie and Betsie Ten Boom were arrested and shuffled from one prison to the next for hiding Jews in their home. They ended up at Ravensbruck, one of the worst concentration camps in Nazi Germany. The 35,000 women at this work camp were daily brutalized at the hands of the guards. In the book, The Hiding Place, Corrie vividly describes her and Betsie’s arrival at Ravensbruck. When they first walked into what would become their living quarters, they immediately were overcome by the smell of backed-up sewers and soiled bedding. As they walked through the room piled with platforms of bedding stacked to the ceiling, they came to a small platform where they would sleep, crowded next to many other women. As they climbed over the platforms to get to their own, they began to feel pinching on their legs. The bunk house was infested with fleas. Horrified at the conditions they would have to endure, Corrie looked at her sister and asked “Betsie, how can we live in such a place?” Betsie turned to the Lord with that question. She remembered a verse in 1 Thessalonians and excitedly explained to Corrie that the Lord had given them the answer: “To give thanks in all circumstances for this is God’s will.” Obedient, they thanked God for everything, even the fleas. As the days passed, Betsie and Corrie read the Bible to a growing group of women in their barracks twice a day, and many came to know Christ personally. Later they discovered the reason for this amazing opportunity: the guards would not enter the barracks for fear of the fleas. Betsie went to be with the Lord at the age of 49, one week before Corrie was released and permitted to return home. In 1959, Corrie discovered her release was due to a clerical error. One week after her release, all the women her age were killed. Like Hannah in the Old Testament, Betsie Ten Boom is an example of an incredible woman who was authentic in her relationship with God, who believed what the Scriptures said about Him was true, and who gave thanks in all circumstances. This week I pray that through God’s Holy Spirit we are able to take our whole hearts before God in prayer, believing and acting on what we know is true about Him even though we may not see or feel it, and learn to give thanks in all circumstances. Here Am I Spend some time writing out a prayer asking God to speak to you this week as we look at how Hannah took her whole heart to the Lord, was honest about who she really was, believing and acting on what was true about God and was an example of living with an attitude of thankfulness.

Beholding Him, Becoming Missional: Awakening to the Mission Through the Study of First Samuel will offer women the opportunity to walk away with minds and hearts that have been transformed through an intimate relationship with the King and lives uniquely refl ecting the King’s heart and mission for the world. Having a “come alongside and let’s do life together” flavor and feel, Beholding Him, Becoming Missional is written in a relational, authentic and relevant way. Laura Krokos shares victories, defeats, successes and embarrassments which coincide with 1 Samuel as it is packed full of stories of utter failures, redemption, victory, and partnering with others to live out God’s very heart.
Beholding Him, Becoming Missional is set up in two sections. The first six chapters pull the reader into a more authentic and intimate relationship with God. The second six chapters move the reader to the point of action of living on purpose for the glory of God, reflecting His heart for the world.

Laura is married and has four kids, two of whom are adopted. Laura and her husband have been missionaries to college students for 11 years serving with Master Plan Ministries. Laura is the Staff Women's Development Coordinator and has discipled over 150 girls, led over 30 Bible studies and speaks 10-20 times a year. Laura is the creator and host of MissionalWomen.com and is an award winning author of a 12 week Bible Study on First Samuel, Beholding Him, Becoming Missional, recently released Reach; How to Use Your Social Media Influence for the Glory of God, and A Devotional Journey through Judges, a devotional to accompany the free online Bible study at TheBookofJudges.com.