Secrets Under the Midnight Sun 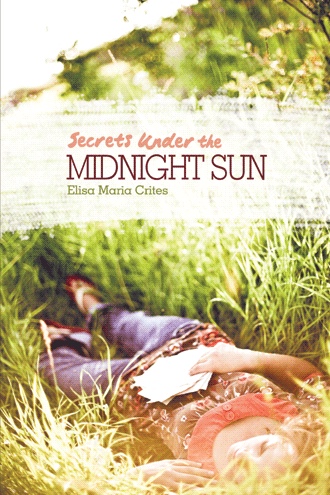 I’d anticipated this day for the last four of my twelve years. I bounced out of bed and floated down the hall to take a shower. I poked myself to see if I’d pop. Nope.

Back in my room I hung my robe in the closet then picked up the framed family photograph from the dresser. It had been taken eight years ago—in 1959—the summer we arrived in Alaska. David stood at attention in his boy scout uniform. The twins and Momma could be sisters. Shoulder length walnut hair framed their satin faces. In high heels they all towered inches taller than Daddy. I could easily have been an orphan that got in some nice family’s picture by mistake. My strawberry blond waves going in every direction and shirt half tucked into shorts that didn’t hide my skinned knees. I wore flip flops on my feet and clutched Chico, my Chihuahua, in my arms. Daddy’s face looking at me from the picture made me queasy. I set the photograph down and caught my reflection in the mirror over the dresser. I pulled my shirt sleeve down to cover the bruise on my arm. Everything will be okay now. David’s coming home.
I grabbed my baseball cap and pulled it down on my head as I rushed down the hall to the dining room.
“Sure Momma,” I said from right behind her, and she jumped. She tried to swat me, but I got out of reach and ran to get the punch bowl. Daddy came into the dining room as I set the punch bowl down in the midst of trays of cookies and breads Momma had baked for the homecoming. He smiled at Momma. When he glanced over at me his smile faded, but today it didn’t matter.

Thirty minutes later as we drove to Fairbanks International Airport, Daddy slowed the car. Another red light.
“Momma, when does David’s plane come in? Are we going to be late?”
“Relax Freddie.” Momma turned in her seat. “We’ll get there. Patience is a virtue, you know.”
I crossed my legs and jiggled my foot. Yes, we’d get there, but I wanted to be there when he got off the plane.
When we approached the airport, I saw David’s plane landing. As soon as Daddy parked, I dashed into the terminal ahead of him and Momma. I hopped from one foot to the other while I watched for David to appear. There he was! My breath caught. I felt like I could float on my happiness at seeing him. He stood just over six feet tall and his military-cut blond hair contrasted with his tanned skin. When he saw me jumping up and down waving, a grin spread across his face. He made his way through the crowd, pulled my hat off my head and messed up my hair.
“Freddie, you still have that crazy wavy hair.” He laughed and put my hat back on crooked, and wrapped me in a bear hug.
I hugged him back and held him tight. “It’s only crazy ‘cause you always mess it up!”
I couldn’t stop smiling even when he released me to hug Momma and greet Daddy. My insides felt like exploding popcorn. David was home. And the best part of seeing him was that I didn’t feel angry anymore that he’d left me in the first place.
On the ride home, Momma asked David all kinds of questions, and I admired how confident he seemed. He seemed stronger and had bigger muscles than he had when he joined the Air Force. My big brother had become a man.
“Are you staring at me, Freddie? What? Did I grow a third eye or something?” David teased.
I didn’t realize I’d been staring. “Nah, I just forgot how funny looking you are.”
“Oh, you two.” Momma laughed.
When we turned onto our street, cars were lined on up on both sides of the driveway.
David whistled. “Looks like the whole town is here.”
“That’s because Momma put an ad in the paper that she’s cooking today,” I said.
The house filled with all the family friends that I considered relatives.
Uncle Mike strode over and grabbed David’s hand and gave it a hearty shake. His wife, Winnie, not being a huggy sort of person, told David how nice it was to have him home. Their daughter , Sandy, grabbed her husband’s arm and pulled him over to David.
“David, this is my husband, Ed. He’s been asked to pastor a church in Nome so he’s leaving next week to get things set up.” She patted her bulging middle and smiled. “We’ll officially move after Junior arrives in about eight weeks.”
David extended his hand to Ed. “Nice to meet you, Ed. And congratulations on the job and family.”When they headed into the dining room, David watched them.
Uncle Will patted David on the shoulder while Aunt Sarah delivered one of her famous peach cobblers to the kitchen. Their daughter Debbie came over to me and nodded her head toward David.
“He sure looks handsome.”
I observed my brother. “He’s twenty two years old. Don’t you think that’s a bit old for a twelve year old?”
She smiled. “I’ll be thirteen in less than two weeks—two whole months before you.
Besides, I’m mature for my age.”
I rolled my eyes and she laughed.
Pastor Leon and his wife, Lillian, greeted everyone as they crossed the room. His Texan accent always seemed to arrive before he did. Though he wasn’t much taller than me, his voice thundered with an air of authority. Eventually everyone made their way to the dining room and kitchen. I followed David, but Daddy grabbed the back of my neck like he was picking up a cat and led me away from the crowd.
He leaned towards me and whispered in my ear. “Why are you hanging on your brother?”
I whispered back, “I’m not hanging on him. I’m just happy to have him home.”
He dug his fingers into my neck before releasing me. I moved away into the dining room and stood next to David.

Twelve-year-old Fredricka O’Reilly has a dark secret. It’s 1967 in the last frontier—Alaska, and the truth keeps the normal happy life she longs for just beyond her reach. Her brother’s four-year stint in the Air Force ends, and Fredricka believes his return will change her life for the better, until he reveals a secret of his own. As her life crumbles around her, the only one left to turn to is her mother. Can Fredricka risk telling her secret even if it could tear her family apart?

“Heartwarming and heartbreaking, Secrets Under the Midnight Sun is a whimsical and haunting story about secrets: the causes, the effects, and the fears that give them strength. Freddie’s charm, joy, and courage make her a memorable and fun character. I hated to see the book end, wondering what would happen to Freddie next.”
—Jill Williamson, Christy Award-winning author of By Darkness Hid