an angel for everyone 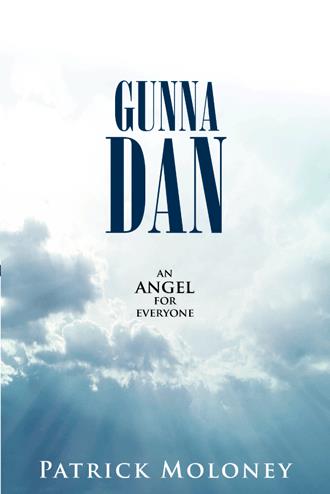 A man is always thoughtful when he goes into a pub. He grows more silent. He becomes more introspective. For a brief period in time, he is absorbed, even if the only thing on his mind is where to sit.

I was much more thoughtful than normal when I went into the Temple Gate Hotel pub in the town of Ennis, County Clare, Ireland. It was late afternoon in the first week of June, and I sat down at an unoccupied table away from everybody else. The waitress came quickly, and I ordered a West Clare bruschetta and a latte. I wanted to relax, but I was finding it difficult to do so. At sixty-four years of age, I’d just retired from a fulfilling and rewarding career in teaching. I was facing a new life and, to be frank, the prospect was more than a little upsetting. In fact, I felt a bit desperate.

With more time than ever to reflect and think, I came up against a problem: I didn’t know my own thinking. I lacked both clarity and understanding, and that fact both saddened and surprised me. What saddened me as well was the realisation that we only know our own thinking from time to time. Each one of us has a mind for thinking – but, I wondered, for thinking what, exactly? As I sat, waiting to be served, I reminded myself of what I believed about the mind – the beliefs that had formed the foundation of my entire career. While our sense organs are clear about their business (other people generally hear the same things we hear, see what we see, etc.), our minds have no such limitations. Others cannot know what we are thinking unless we choose to reveal it. What’s more, the very mind that works perfectly in its relationship with one’s body – mastering, controlling and conducting all the activities of physical life – can also be rebellious and pugnacious. The mind can refuse to follow its owner’s directions and instead choose to create mayhem with wild, freaky and fierce thoughts. Humans spend a great deal of time controlling the battles going on within their minds, and on that sunny morning in Ennis, I was surprised to realise I was engaged in just such a battle.

Throughout my teaching career in Dublin, my teaching strategies and tactics invariably revolved around a single theme, that of importance. The first aspect of any subject I taught was its importance. The second aspect was the importance of each individual student. I wanted every learner to embrace what I saw as meaningful self-importance. To that end, I praised and encouraged, coaxed and cajoled. My approach could be summed up in the old Gaelic proverb Mol an óige agus tiochfaidh sí, or, ‘Praise the youth and they will grow.’ My goal was for everyone to respond well and happily to the magic and mystery of life.

The whole idea of anchoring one’s thinking on importance became more significant for me as I got older. I grew to realise that self-esteem and self-confidence can only happen when we think well of ourselves. Thinking well of ourselves is a powerful weapon against negativity. It helps us cope with depression. It gives us solace in times of anguish. More than those, it helps us adjust more knowingly, ably and calmly to the realities of life and living.

That’s what I needed to do with this concept of retirement. I needed to reduce it to a state of mind and apply the very same principles I’d based my career on in order to manage it – sooner rather than later. I reminded myself that my self-esteem, self-awareness and self-confidence were more valuable to my thinking than anything else in my life. After all, my status had changed. I was no longer the professional at large. The erstwhile burdens of obligations and commitments had vanished, but that didn’t have to be a negative thing, did it? I could cultivate a freshness of spirit and openness of mind. And wasn’t that exactly what I’d done when I ordered bruschetta? After all, I’d never eaten bruschetta, but here as I sat at the table I was being adventurous.

I was delighted with myself. Bruschetta and … a new house. A new house in the lovely little village of Inagh, just east of Ennis. It was the perfect place to relax and get away from it all. Why was I so worried? I was beginning to make things happen. I was going to be fine.

Resting easily in the armchair, I opened the Irish Times and spread it before me on the table. Instead of reading the news first, I turned to the second last page and tackled the crossword. I particularly like the calming and restful effect crosswords have on my mind. From time to time I get a delightful burst of insight and inspiration from them.

As I waited for my bruschetta, I set to solving my puzzle. I happily wrote in the answers as they came, but when I met the tiny little clue, pto (3,6), it stumped me. The answer consisted of two words, the first one having three letters and the second, six. I tossed the letters over and over in my mind. How could they be interrelated? P-t-o … please turn over? Please turn over … what? A page? Previously, I would have given up, but retirement meant my time was my own. The table next to me was served a pot of tea. And it suddenly struck me. Pot … pot pourri! I completed the crossword with a flourish and settled back to await my bruschetta and latte. All the time, however, that splendid burst of inspiration thrilled me. My carefree mind danced happily with notions, words and phrases. Carefree. What a wonderful concept – possibly because of another word: retired.

I was still savouring my crossword success when I saw him. At first, I pretended not to see him ........

"Award-Winning Finalist in the "Religion: Christian Inspirational" category of the 2011 International Book Awards"

This is a remarkable story. A newly retired schoolteacher goes to live in the countryside in the County of Clare in western Ireland. There he meets and gets to know a recent immigrant, an enigmatic character by the name of Gunna Dan.

The hapless and helpless visitor begs to be told what life is all about in his new adopted abode and what it is that gives meaning and purpose to our existence here on planet Earth.
What follows is a powerful exposition of discussion and argument. We witness a revelation of thoughts and ideas. We experience the pursuit of knowledge close up. We take part in a journey that leads us into new worlds of enlightenment and understanding; of purpose and meaning; of wisdom and kindness; of truth and spirituality; of religion and Christianity.
And all of this happens within a wonderful medley of memory and reminiscence; of history and culture; of art and science; of philosophy and mysticism.

The presentation of viewpoints and arguments is daring and evocative, to the extent that readers will be delightfully challenged to more positively re-examine the great importance of their own personal existence here on planet Earth.

Patrick Moloney, B.Sc., H. Dip. Ed., (NUI, Dublin), M.Sc., D.C.E., (Trinity College, Dublin) is a retired educator with over 37 years experience in the delivery of a variety of Science and Computer courses of study in Pearse College of Further Education, Dublin, Ireland. Over many years, during his time in the college he also presented and chaired various Philosophical Discussion programmes. Because of his personal teaching and learning experiences he has the vision and the energy to empower and enable readers of this book to become much more optimistic and much more spiritually sure about the living out of life here on Planet Earth. Patrick, from Shanagolden in County Limerick, now lives, sometimes in Dublin, and as often as he can on the western seaboard of County Clare. There he spends his time reading, writing and walking. He especially loves visiting the beaches along the Atlantic coast.