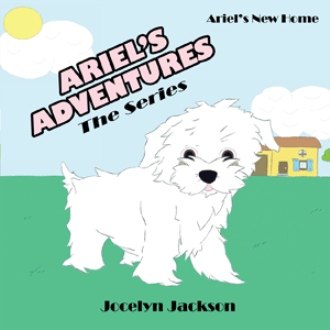 Kira always wanted a puppy. Today was the day. The drive to Maryland seemed to take forever. They finally arrived in front of a small white house. Kira knocked on the door. “Welcome!” said a tall dark haired man. “Come on in.” Kira squealed with glee as six white puppies ran by. “Feel free to pick one.” the man said. Kira sat on the floor and watched as the puppies played. One chased his tail. Two played tag, while two more played tug with a piece of rope. Kira had her eye on one of the ones playing tag. The puppy never stood still. Suddenly, Kira felt something by her side. She looked to her right. “Well aren’t you cute,” she said noticing it was another white fur ball. The puppy stared up at Kira with big brown eyes. Kira looked away from the puppy to see if she could catch a glimpse of the other one. To Kira’s surprise, she felt something warm and cuddly climb into her lap. She looked down and found two eyes gazing at her. But you don’t understand, you’re taking me home. Kira’s heart broke.

Anyone who meets Jocelyn's puppy, Ariel, instantly falls in love with this amazing, smart and talented Maltese, which is why both Jocelyn and Ariel want to share their many adventures with you. Ariel's Adventures, a book based on real life characters, begins with Ariel finding a new home and meeting her new family. During the series she shares many special holidays, some rare firsts that very few puppies experience, and some other fun and incredible adventures. Just like the many many people who have met Ariel, you too will fall in love with this adorable Maltese. Ariel's Adventures, The Series: Ariel's New Home, is one of many adventures you will take with this loveable and adorable Maltese. A must have book to add to your children's collection of books.

Jocelyn Jackson is the very proud mother of Ariel, and is an avid animal lover who enjoys sharing her beloved "dog-ter," with many people of all ages, from children through great grandparents. She hopes to continue this trend in book form and allow readers to enter Ariel's world through, Ariel's Adventures. Jocelyn is a member of the Society of Children’s Book Writers and Illustrators. She is an avid dog lover who lives in Virginia. In the 1990s, Jocelyn worked as a substitute teacher with the Loudoun County Public Schools. She also developed an after school theater program for KidsRSmart, which was based out of Tennessee. During the summer months, Jocelyn directed and musical directed shows for several theater camps. Join Ariel on her first journey, "Ariel's New Home," one of many books in the series. You don't want to miss this wonderful and exciting series that is a must have for any pet lover's collection.