The Prince & The Gift

A Tale of True Beauty 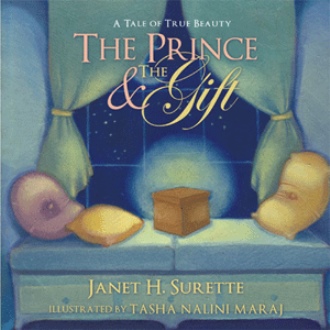 As the sun broke over the village, Grace finished her breakfast, kissed her family, and then made her way to the store to finally decorate her own box. As she was about to enter, she saw a young widow and her three children searching for old bread behind the bakery. Grace looked down at the little bit of money she had in her pouch and thought for just a moment. Going into the store, she walked right past the stunning display of ribbons and packaging. Instead, she purchased as much food as her money could buy. Leaving the store without the beautiful things she went in for, Grace walked out behind the bakery and offered the parcels to the very thankful young mother.

After seeing the widow’s joy, Grace walked home with a light heart but empty hands. Later that night, with no time or beautiful things to decorate her box, she sighed at its simple appearance. I don’t suppose there’s much point in going tomorrow, she thought. What do I have to offer compared to the beauty of the other gifts? With that, she placed the box in her closet and climbed into bed for the last time before the prince’s visit. Once Grace had drifted off, the soft glow began to radiate yet again from the box. The priceless collection continued to grow: Compassion. Generosity. Sacrifice.

At daybreak, while Grace and her father were doing the morning chores, the sound of regal trumpets echoed through the countryside. Seeing that Grace did not plan on heading to the village, her father turned to their cow and said to it loudly, so Grace could hear, “Dolly, do you suppose it’s fair to the prince that the grandest girl in the kingdom won’t be there?”

Grace turned to him and sighed, “Oh Father, you just say that because I am yours!”

With a twinkle in his eyes, he came close and whispered, “My dear girl, don’t be fooled. Fancy wrapping or not, you’ve more to offer than you might think.”

Dropping her gaze, she considered her father’s words and then, ever so slowly, her lips turned up into a smile. Grace threw her arms around his neck and planted a loud kiss on his bristly cheek. “Thank you, Father!” she shouted as she ran to her room, grabbed her box and some string, and raced toward the village.

At least a hundred eager young women lined the village square, watching with excitement and expectation as the prince’s stately entourage came to a halt. Grace quietly joined the end of the line, tied the string around her box, and waited.

The prince dismounted from his horse and made his way to the line of maidens. He bowed to the first maiden as she curtsied and held out a dazzling gift. The prince lifted the lid and then looked confused. The box was mostly empty with but a few drab stones bearing the words “selfish,” “vain,” and “lazy.” Though puzzled, he graciously thanked the young maiden and continued on to the next. He opened the second box. It also contained just a few dull stones, these etched with the words “ill-mannered,” “unkind,” and “jealous.” The gifts that followed held more of the same.

His initial confusion turned to disappointment. Could it actually be, thought the prince, that so many believe a gift’s value is determined by its wrapping? His shoulders sagged. So many beautiful boxes, yet inside, so disappointing. The prince was about to end his search when something caught his eye. A soft glow was coming from a gift at the end of the line. He moved in that direction, his steps quickening until he stood directly in front of Grace. Unaware of the radiance of her gift, she curtsied low and held out the box, embarrassed by its simple appearance.

He gently took the gift from her hands and lifted the lid.

The village is in an uproar! The Prince is coming in three days to choose as his bride, the maiden with the greatest gift. As the young ladies attempt to capture his attention, they fail to see that their priorities are greatly misplaced. When the maidens offer their gifts, which one will the noble prince choose?

Janet Surette is first a wife and mother, then speaker and author. With this story, Janet set out to provide a resource that would encourage young women to pursue beauty by God’s standard. Janet enjoys life in Barrie, Ontario with her husband Glen and their girls; Taylor, Avery & Scarlett