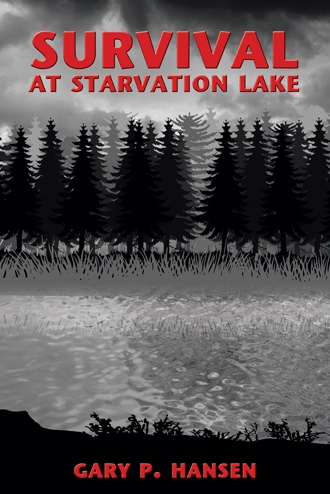 From the outside, the ill-destined plane looked perfectly all right, just like all the other planes in the airport that day.

Paul Sinhuna boarded the small commuter plane and made his way down the aisle. He was surprised by the size of the plane because the one he had arrived on only a week ago had been much larger. He was hoping for a window seat, but the seat number on the ticket they had given him at the terminal appeared to be an aisle seat. Almost all the aisle seats were full. Paul found the seat that corresponded to his ticket and said to the woman sitting in it, “Excuse me, madam. I believe you’re sitting in my seat.”

“Do you mind taking the window seat? I prefer the aisle,” she replied.

“That is fine with me, madam,” Paul said as he waited for her to step into the aisle, so he could squeeze his six-foot-four-inch, 350-pound frame into the window seat. I may have just made two mistakes, Paul thought after he sat down. I would have had more room on the aisle seat, and also, I am already overheated. Paul laughed to himself and thought, Sometimes when I get what I want, I find that I don’t actually want it.

It had been below zero degrees that morning when he left camp. His outfitter had driven him to the airport in a truck that had a less-than-perfect heater. He had been grateful that he was wearing a T-shirt, quilted shirt, hooded sweatshirt, and winter hunting jacket, but now, in the heated plane, he was already becoming too warm. I should have taken off my coat and sweatshirt before I sat down, he thought. Now, in these tight quarters, I am not going to be able to take them off without disturbing the person in the seat next to me. He unzipped his coat and sweatshirt and figured he would just make do.

Sally McPhearson sat back down in the aisle seat. Just my luck, she thought. I get Santa Claus for a seatmate. Except for his height, with his white beard, bald head, and plump appearance from his extra clothing, Paul did look remarkably like the good saint. Two of Sally’s college friends had married men they had met on planes, but here she was, almost forty and only married to her career. Now she was sitting beside a man who was at least ten years her senior and someone she could never have the slightest interest in. Besides, out of reflex, she had already noticed the wedding band on his finger.

Maybe I should buy a corporate jet, she thought. She found herself on a plane an average of two times per week and could not remember the last time she sat with anyone she could remotely have thought of as marriage material. She had just about resigned herself to the fact that she would never marry. Her career had virtually used up all her time for the last sixteen years. She had taken over running her father’s newspaper when he suffered a heart attack. He recovered from his heart attack in a year, but by that time, Sally had been doing so well running the newspaper that he just decided to retire.

In the fifteen years since her father retired, she had acquired seven other major newspapers, three magazines, and a television broadcasting network. She was now the CEO of one of the largest corporations in Canada. She would have already owned a corporate jet, except that three years ago, one of her competitor’s magazines had named her Businesswoman of the Year. The accompanying magazine article had mentioned how Sally always flew commercial to save her corporation money and keep in direct contact with the people of Canada. Now how could she buy a jet after that?

Paul had barely noticed his attractive seatmate. He was lost in thought. For years, Paul had wanted to hunt the massive whitetail bucks of northern Saskatchewan but never dreamed he would actually have a chance to do it. The weather on the hunt had been unseasonably warm, in the fifties, and the outfitter had blamed the warm weather for the lack of deer sightings. Only on the last day of the hunt did the weather turn cold. There had been so few deer seen that out of six hunters in camp, Paul was the only one to harvest a buck. The buck was the only deer Paul had seen on the whole hunt. It was a nice buck by anyone’s standards and the second largest Paul had ever taken, but somehow he was disappointed. Maybe it was just that now that the hunt was over, he was going to have to figure out what he was going to do with the rest of his life.

Paul’s thoughts turned to the last ten years. They were years full of sorrow and loss for him. Thirty years before, he had married his high school sweetheart and started his business as a builder and contractor. In the first twenty years of marriage, he and his wife had raised two fine daughters, and his business had flourished. Then, ten years ago, it seemed that everything in his life began a slow, but sure, downhill spiral. The economy in Michigan, where he made his home, slowed down because of the auto industry’s problems. Paul’s business suffered because of no fault of his own, even though he never really figured that out. His company had gone from employing a dozen people and many subcontractors and building twenty-five to thirty-five custom homes per year, to nothing. Ten years ago, Paul’s sister had been murdered by a serial killer, and his beloved wife, Joan, began her long, heroic fight with cancer. His business failure and Joan’s medical bills had eaten up all their life savings and retirement accounts. In order to keep his financial head above water, he sold practically everything he or his business owned, yet he was still broke.

The only bright spot in the last ten years of his life was that both of his daughters had met and married fine young men. His sons-in-law were both pastors, but they were called to small churches at far ends of the country. One was in Florida and the other in Oregon, so even his daughters were somewhat lost to him. Last year, Paul’s parents had been killed in a car accident caused by a drunk driver. Then, early that spring, his wife lost her long battle with cancer. Over the course of his ten years of loss, his faith in God had remained strong. He had prayed long and hard for many things, and anyone looking at his life from the outside would have said that his prayers had gone unanswered. However, Paul knew that his prayers had been answered; the answers just were not the ones that he wanted.

The loss of his wife, Joan, was the hardest answer for him to accept. It was very difficult for him to watch as Joan, the mother of his children, changed from a kind, beautiful, and outgoing woman to a shadow of her former self. There were times in her ten-year fight with cancer when it looked like she had turned a corner and was on her way back to health, but alas, that was just an illusion. He had prayed very hard for Joan and would have happily taken her place if that had been an option. In the end, the end came quickly. Her death hit him hard, and he sank into deep despair and depression. Paul’s prayers had turned to pleas to God to make his mental pain go away. “God, please just take me home!” Paul prayed. He would have welcomed his own death.

For two weeks after his wife’s death and memorial service, Paul never left his house. He could not even bring himself to go to church. He did not want to be around other people as he mourned her loss. Even the stormy weather fit his dark mood, with thunderstorms for a solid two weeks, but then the skies began to clear. Paul’s best friend, Randy, had been worried about Paul. Randy had also been worried about himself, as he was a real estate agent and had not sold a house in many months. He had listed Paul’s parents’ house for Paul after their car accident, and after months on the market, someone finally made an offer. The offer was an answer to Randy’s prayers.

Most people would say that Sally McPhearson has it all.

As CEO of a major Canadian Corporation, she is a wealthy and powerful woman. Most of Sally’s business acquaintances like her—almost all fear her. Sally’s career has become her whole life, but even she can’t explain why she has allowed her job to consume her time and energy to the point where a personal and social life is virtually non-existent. Beneath her cold, hardened facade, Sally carries a dark secret, one she’s managed to hide from everyone—perhaps even herself.

A corporate jet, or even her own private jet, would have been within easy reach for her, but Sally prefers to fly commercial. It was sort of her “trademark.” On the fateful day she boards a small commuter plane to attend a meeting in Toronto, she has no idea how abruptly her life is about to change.

Panic fills the cabin when the plane loses an engine and crashes. Sally must now face months filled with pain, suffering, hunger, despair and fear. Against overwhelming odds, the survivors struggle to overcome daily adversities and hardships.

Sally is determined to survive at any cost, but not even she could predict how the experience would change her forever.

What readers have said:

“I had to get up early the next morning and I was sleepy, so I went to bed early and thought I would just read a few pages before I went to sleep. I finished the book at 2:00 AM.”

“I loved this book, it is just the type of book I like to read, very exciting, I didn’t want to put it down.”

Gary P. Hansen has written more than a hundred articles for outdoor magazines including Sports Afield, The American Hunter, Rifle, Guns & Ammo, North American Hunter, and many others. Survival at Starvation Lake is his first novel, and is the first book in a series.