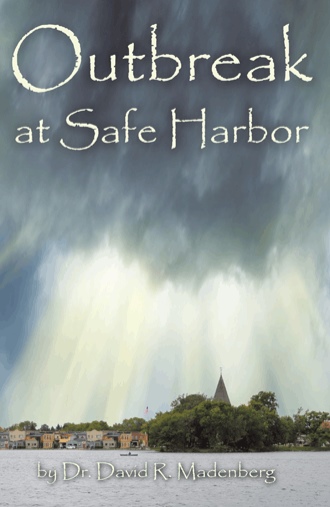 “The ER is inundated with patients from Safe Harbor.” “These people started coming in around midnight … some are walking in while others are so sick the paramedics are transporting them.” “There seems to be no rhyme nor reason, no common thread as to why these people are getting sick.”

“Steve, I’m simply baffled.” “I would have wagered money Courtney had bacterial meningitis.”

Walking past the emergency room waiting area, he saw it overflowing with patients. There was standing room only, the area strewn with sick people waiting to be treated by the beleaguered ER staff.

Emotionally drained, Steve carefully considered the possible causes of this medical challenge. He thought back to what the ‘Voice’ had spoken to him: “My people are destroyed for lack of knowledge.” “What is He trying to tell me?” Steve wondered.
“Destroyed for lack of what knowledge?”

“Everyone did what was right in his own eyes.”

“There is a way which seems right to a man, but its end is the way of death.”

Outbreak at Safe Harbor is a timely book written for all Christians. It's simple yet powerful message as told through a thought-provoking medical mystery is ... OBEDIENCE to God. Also described in the pages of this book are the consequences for a person's willful disobedience to God's Word. It is a compelling, clarion call to obedience and holy living. A must read for all Christians living in these last days.

Dr. David R. Madenberg was born and raised in Chicago, Illinois where he also attended medical school and performed a residency in Emergency Medicine. After completing his medical training, Dr. Madenberg moved to Wisconsin where he has practiced for nearly thirty years. He resides there with his wife, Heidi. His three children Courtney, Devin and Joshua are grown and embarking on their own adventures.

Through the years, Dr. Madenberg has served as Medical Director for several emergency departments in the Milwaukee area. He has taught Advanced Cardiac Life Support to other physicians and medical professionals throughout Wisonsin as a member of the American Heart Association Affiliate Faculty. He also serves as an oral board examiner in Emergency Medicine for the AOBEM.

Dr. Madenberg attended the WCTC Law Enforcement Academy in 2002. After graduating, he served as SWAT team physician for the Walworth County Sheriff's Office.

Since accepting Jesus as his Messiah in 1983, Dr. Madenberg has enjoyed reading books with Christian themes, though with a special interest in Biblical prophecy.