A Quest for Truth 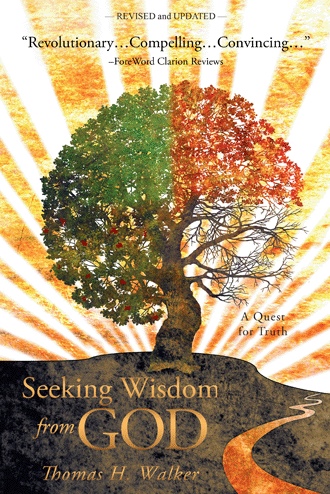 Suddenly, below the star and against the tree line across the road, there was a motion – like a bird flapping its wings. It appeared as if the bird was caught in a fabric and imprinted on the fabric was the view before me. Whatever was thrashing seemed to fly up above the tree line and now is against the evening sky. Unexpectedly, it was as if a dozen sparklers had been lit causing me to ask, “Is this a meteor?” There was a tremendous burst of light resulting in a hole, window, or portal of sorts. I will describe it another way. The scene before me (sky, trees, yard, etc.) was like a piece of fabric and behind this drapery was a bright light that began burning holes in the fabric revealing a view of the other side.

Through the opening, I saw the backside of a winged creature and its wings were moving quickly.  Suddenly, the wings stopped moving and then the creature spread them open like a bird drying its wings in the sun. At that moment, I realized that the winged creature was an angel.

A beautiful white light was shining in the distance, but its source was out of view. The light was similar to what you see in a morning sky only more radiant and a hundred times whiter. The angel’s wing glowed as it reflected the light. The wing was translucent and looked like it was made of glass or crystal.

My thoughts, as I gazed at the light of God’s Glory and upon an angel who was present when God spoke the world into being, were not: “God is real”, “The Bible is true”, “Jesus does exist”, or “There really is a heaven”. These thoughts never entered my mind. Over the years, my Christian journey has removed all doubt about whether God is real and that Jesus is my Lord and Savior.

Since the population of the world now is about 7 billion, let's suppose that 100 billion would be too much.

So after about 19 generations, the world would be "full" by our unscientific definition.  If the average generation were, say, 100 years, this would take something like 1836 years.

If nobody will die in God’s New Kingdom, earth will reach its maximum population capacity in 1,836 years, and a million years is just the beginning of eternity. Do we need the heavens and its planets to house an eternal race of people?

Seeking Wisdom from God presents a fresh and unique look at some Biblical topics. Because knowledge increases faster than wisdom, we have an abundance of Biblical knowledge and a shortage of Biblical wisdom. Knowledge has increased, due to our advances in understanding the ancient Hebrew and Greek languages coupled with the dissecting of Scripture using historical, textual, and literary analysis. Tragically, Christianity looks nothing like its inception on the Day of Pentecost.

Why are there over 20,000 different denominations?

Why do I still sin daily?

Have we replaced Divine Illumination with historical, literary and textual analysis?

If Adam had not sinned, the world’s population would have reached 100 billion in 1,836 years. How are we all going to fit on this planet when eternity begins?

Why did God plant a fruit-yielding tree in Eden and then forbid Adam and Eve from eating of its fruit?

Thomas H. Walker is an inspirational speaker, musician, teacher and award-winning author. He received his MBA from Indiana Wesleyan University graduating with honors. Nominated for “Who’s ‘Who Among College Scholars.” Mr. Walker is presently Senior Vice President with a church design/build company. Mr. Walker has consulted and planned over $200 million dollars worth of church building projects. The author has spent eighteen years as a Business and Risk Management Consultant, eleven years as a Church Facilities Growth Consultant, and twenty years as a Marketing Strategist. www.seekingwisdomnow.com

From the single, pure, infallible truth of Jesus Christ from which Christianity was born, the religion has since splintered into an overwhelmingly vast number of denominations, each laying claim to the firm truth of its doctrine. This situation can sow confusion for modern-day Christians as they wrestle with complex questions about spirituality and morality. In light of these challenging circumstances, first-time author Thomas Walker draws on his own spiritual wakening as well as a probing knowledge of Scripture to bring some clarity to the confusion and offer a fresh, daring perspective to old questions.

This book has the potential to lift the veil and revolutionize the thinking of Christians everywhere. Amidst chaos comes order, and truth from misconception under the humble authority and incisive mind of Thomas Walker.