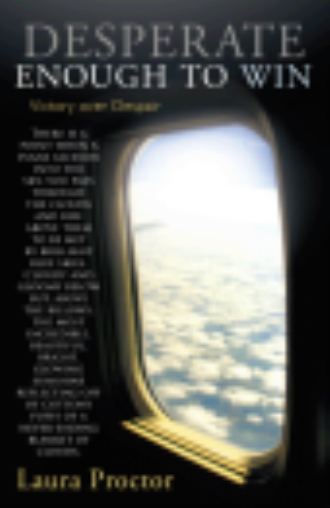 
It was an unseasonably warm and sunny Saturday in February, a beautiful day in Dallas, and I had big plans for that evening. As a single mom of two, I was looking forward to a night on the town with some friends. It did turn out to be unforgettable—but not for the reasons I anticipated.

I awoke early that morning in the same way I awoke every Saturday—to my nine-year-old daughter’s laughter and screeches of joy as she watched The Smurfs. Every Saturday, Christie looked forward to watching the cartoon with a friend—by way of telephone. Reluctantly, I rose from bed and walked into the living room to find Christie’s five-year-old brother, Adam, sprawled next to her on the living room floor, totally absorbed in the show and oblivious to the noise. Resigned to the knowledge that there would be no chance to sleep in, I went about my usual Saturday business.

Later that day, Christie cooked some biscuits from a simple recipe I had given her the year before. She liked to cook, and I’d put together a Christie’s Cookbook full of the recipes I knew she could manage. She also liked to experiment and create her own recipes. I had to sample her creations cautiously, though—there might be something like mayonnaise, relish, barbeque sauce, garlic, pepper, and ketchup served on one of those biscuits. Christie thought it was funny, but I never wanted to risk hurting her feelings or discouraging her from cooking. I loved to cook, too, and was so pleased that we had that in common. When it came to experiments, I politely ate at least one bite, even if I declined the rest.

About 3:00 that afternoon, Christie asked if she could visit a friend in order to show her a gift she’d received from her aunt for Valentine’s Day. Her friend lived just three blocks from our apartment complex, so I told her that would be fine. “Be sure to be home by six,” I called out as she was leaving.

At 6:00 p.m., Adam was downstairs playing with a neighbor. I had gone to my next-door neighbor’s apartment so she could help me style my hair. I checked to see if Christie was home yet. She wasn’t, and I thought it strange, because she was punctual and obedient; but I brushed it off. She was probably downstairs playing with her brother. I never thought anything bad could happen to either of my children—it just wasn’t in the realm of possibility.

At 6:30 p.m., I checked outside with Adam and told him to come in, as it was beginning to get dark. Christie still wasn’t home, and Adam hadn’t seen her. I called her friend Claire* who, with her typical precision, said Christie had left her house at 5:43 p.m. I began searching the apartment complex and calling other friends. I refused to allow myself to think something bad had happened. I was certain there was a reasonable explanation for Christie not being home yet.

I jumped in the car and drove the neighborhood looking for Christie. I saw a neighbor’s estranged husband pumping gas at a 7-Eleven. I knew he was scheduled to visit his children that night, so I asked him if he’d seen Christie. He said yes, he’d seen her crossing the street going in to the apartment complex earlier. He said he thought she looked scared.

It was all so strange. Something did not feel right, but at the same time my mind would not accept that anything was really wrong. I called Claire’shouse again and then drove over to another friend’s home to see if perhaps Christie had gone over there. I drove around the school and up and down the surrounding streets, thinking that she probably looked scared because she was worried about getting home in time. Christie was a very compliant and obedient child. She would be concerned about the time. I drove back to my apartment. Still no Christie.

I was beginning to panic. It was after 7:00 p.m. There was no denying that something was terribly wrong.

I called the Dallas Police, and they responded immediately. My sister Cindy and her husband were in town. They happened to call, and when I told them what was happening, they came over right away.

By 9:00 p.m., numerous police officers and detectives were gathered at my apartment. The evening turned into a blur—a surreal event. I remember the police asking questions and searching both my apartment and the grounds. I remember my sister and her husband coming over, and trying to call Christie’s dad to let him know what had happened.

Cindy wanted to call my parents, who lived three hundred miles away. I seemed to instinctively know this was not going to be over soon. “Let’s let them have this one last night of peace,” I said. “Hopefully, Christie will be home soon, and we won’t have to worry them.”

Police came in and out of my apartment throughout the night, checking to see if there was any news. We spoke again to the neighbor who claimed to have seen Christie right across the street from the apartment complex, (which was also next to her school), J. Frank Dobie Elementary School. He couldn’t remember seeing anyone else or any other vehicles in the vicinity where he’d seen Christie. We searched that area many times. The police even called out the City of Dallas to search the sewage drains.
This can’t be real. What is going on? Could this really be happening? Christie must be lost. Surely we’ll find her soon. This can’t be. Where’s Christie? Nothing bad could happen to my child. This can’t be. She was supposed to be home before dark so she’d be safe.

I remembered that Christie was carrying the Valentine’s gift she’d received from her aunt Cindy—a white box containing a large plastic purple heart filled with Valentine-themed goodies—heart-shaped erasers, a heart-shaped mirror, a mini deck of cards with hearts all over the back, a heart necklace, and other items. I speculated that, if she’d been grabbed or forced to get in a car, at least some of those items would have fallen to the ground. We walked back over to the corner where she’d last been, looking for any part of her Valentine’s gift. We found nothing.

There was an alley next to the school, just before the street she always crossed to enter our complex. I cannot explain it, but I knew that Christie had been taken from the corner of that alley, from that exact spot. In that place, I felt an indescribable, cold fear so intense that it was almost tangible. It was as if a silent scream were encapsulated in that one location. The sensation nauseated me. It gripped my heart to the point I feared it would stop beating. This was where Christie had been abducted. I knew it.

At some point, I was finally able to reach Christie’s dad, and he came over. There was so much confusion, so many people coming in and out. Five-year-old Adam kept trying to understand why Christie wasn’t home, why his mom was hysterical, and why all the policemen and detectives were at our apartment. My sister, her husband and Christie’s dad stayed for a while. As the night wore on, the reality that Christie had been kidnapped began to sink in.

Desperation, hopelessness, despair, depression, absolute brokenness--words with which Laura Proctor is intimately acquainted. This shocking, and incredibly inspiring, true story of the author’s horrific nightmare about the abduction and murder of her nine-year-old daughter, Christie, left her utterly devastated. Miraculously, Laura discovered there is life after tragedy! The author’s fervent prayer is that the reader who identifies with despair and hopelessness, will venture with her into a life completely restored. A life of victory: oppression forever broken and the entrance once again of joy. The same total healing is possible for all who are desperate enough to win.

After the kidnap and murder of her daughter Christie, Laura Proctor endured years of confusion and depression. Her ascent from that abyss began as she peered from an airplane window at clouds and inexplicably was overcome by the Lord’s abundant comfort and promise. Laura’s transformation is a journey of hope and inspiration we all can take to heart. Today, Laura Proctor is the devoted wife of Joe, a local pastor and she is also an ordained minister. The couple lives in the Dallas area and shares a blended family, three grandchildren, two dogs and many long rides on their beloved Harley-Davidson. Their greatest joy is serving the Lord.