The Old Testament Told as a Chronological Story 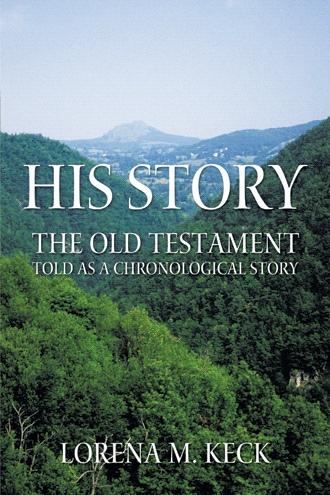 FALL OF JERUSALEM
2 Kings 25; 2 Chronicles 36; Jeremiah 32, 33, 52
King Zedekiah rebelled against the king of Babylon. During Zedekiah’s ninth year as king, Nebuchadnezzar’s army marched against Jerusalem and held it under seize for two years.
The Babylonian armed forces camped outside Jerusalem and built seize works around the city walls, perhaps ramps or ladders. The famine became so severe in Jerusalem that the people literally had no food. A year later, Jeremiah was still imprisoned in the courtyard of the guard in the royal palace in Jerusalem because of his prophesies that Nebuchadnezzar would capture the city.
“This city will be filled with dead bodies because of its sin, but God will bring his people back from captivity and they will once again laugh and enjoy life. If you can change day and night, God will not keep his promise to Jacob and to David,” Jeremiah declared.

GOD SPEAKS TO THE EXILES
Ezekiel 17-18, 21-22
In Babylon, God spoke to his prophet. “Ezekiel, remind the people of what’s happened to their nation. Don’t they remember that Nebuchadnezzar brought to Babylon the king of Judah and the nobles? He appointed Zedekiah as king and left him in Jerusalem. But Zedekiah rebelled and sent envoys to Egypt—will he succeed? No! That king will die in Babylon.
“I am God. I will not punish the children for their father’s sins, but every person who sins is the one who will die. If a righteous man turns to sin, his righteousness will not be remembered; and if a sinful man turns to righteousness, his sins will not be remembered.
“Son on man,” God said, “Groan as if your heart were broken and you were in bitter grief. When the people ask why you are groaning, say to them, ‘because of the fearful news that is coming.’
“Prophesy against the Ammonites and their insults. A sword will be drawn against them. I will hand them over to brutal men and they will be remembered no more.
“Son of man, speak out against Jerusalem. This is what the Sovereign Lord says: ‘I will disperse you among the nations and scatter you throughout the countries. I will put an end to your uncleanliness. Then you will know that I am the Lord. I looked for a man who would stand before me in the gap on behalf of the land so I would not have to destroy it; but I found none.’”


JEREMIAH BUYS PROPERTY IN COLLAPSING CITY
2 Kings 25; 2 Chronicles 36; Jeremiah 32, 39-40; Ezekiel 24
“Oh, and by the way, Jeremiah, your cousin is coming to sell a field to you. Buy the land and seal the deed in a clay jar so it will last a long time,” God told his prophet.
Jeremiah obeyed the Lord and instructed his secretary, “Baruch, take this sealed deed and put it where it will last a long time. This will indicate that the Lord God will bring the people back to this land and the land will again prosper.”
When the Babylonians broke through Jerusalem’s walls, Judah’s army fled, with the Babylonians in hot pursuit. Men and women in Jerusalem were killed. Some of the poor people were taken as captives to Babylon and some were left in Judah to work the land.
King Zedekiah was captured and forced to watch as his sons were killed. The king’s eyes were put out and he was taken to Babylon in shackles.
“Don’t harm the prophet Jeremiah,” King Nebuchadnezzar ordered. “Let him stay with the poor people we are leaving in Judah. Don’t bring him to Babylon with the captives.”
As Nebuchadnezzar’s commander rounded up captives, he found Jeremiah bound in chains.
“Jeremiah,” the commander said, “as you know, the Lord your God has brought this disaster on this place because of all the sins. But you are a free man. I’m taking your chains off and you may go to Babylon with us, or stay here in your own country.”
Jeremiah decided to return to Jerusalem and live under the newly-appointed king, Gedaliah. As Jeremiah turned to leave, the Babylonian commander gave Jeremiah provisions and a gift.
The top leaders of Judah were executed when they reached Babylon. The captives who escaped being killed became servants to King Nebuchadnezzar and his sons until Persia came to power.
In the ninth year of Ezekiel’s exile, on the tenth day, of the tenth month, the Lord said, “Ezekiel, I want you to record this date because the king of Babylon has laid siege to Jerusalem this very day.


EZEKIEL DOES NOT MOURN HIS WIFE’S DEATH
Ezekiel 24
“Son of man, I am about to take from you the delight of your eyes. You are not to weep or shed any tears. Groan quietly, but do not outwardly mourn.”
That evening Ezekiel’s wife died, but Ezekiel followed the Lord’s instructions.
“What does this have to do with us?” the people asked.
“The Lord told me he was going to desecrate his sanctuary in Jerusalem and your sons and daughters would be slain with the sword. And you are not to mourn–as I have not mourned the death of my beloved wife.”

MORE PROPHESIES
Obadiah; Ezekiel 25-32; 35; (See Genesis 36)
The Sovereign Lord God spoke to Obadiah, another prophet, in a vision. God showed Obadiah the future punishment coming to the kingdom of Edom because of its violence against Israel and Judah. The Edomites were descendants of Esau, who was the twin brother of Jacob, the forefather of the Israelite nation.
“Oh, Edom, Edom, you should not have watched as foreigners carried off the wealth of Jerusalem. You should not look down on your brother nation, or rejoice in the day of their destruction. You even boasted when you saw them in trouble and joined in their day of disaster.
“As you have done, it will be done unto you. The house of Jacob will return to possess its inheritance; but the house of Esau will be destroyed–there will be no survivors.”
“Ezekiel, son of man, I want you to prophesy against these nations because they rebel against me and ridicule my people: Ammon, Moab, Edom, Philistia, Tyre, Sidon, and Egypt.

His Story tells chronologically, an abbreviated version of every story in the Old Testament with all its adventure, gruesome wars, and love stories. As it wets your appetite to know more, you can refer to the Biblical references noted beneath each story title.

His Story is unique from other Bible story or study books in that there are no descriptions or comments added which are not specified in the Bible. It puts kings and prophets together and includes portions of the poetic books within the stories. It does not leave out the stories you hesitate to teach younger children.

Teachers and professors who teach the Bible to any age group will appreciate the brevity—and completeness—of His Story as it retells the Old Testament.

Lorena Keck grew up in Northern California. Married forty-nine years, she and her husband have lived in nine states. They have two daughters, seven grandchildren and eight great grandchildren. The Kecks are retired in Texas. Lorena enjoys teaching the Bible, writing, reading, and socializing.