TELL IT ALL MY SON

Our family’s Journey of Survivor, Healing, and Triumphant over Childhood Sexual Abuse 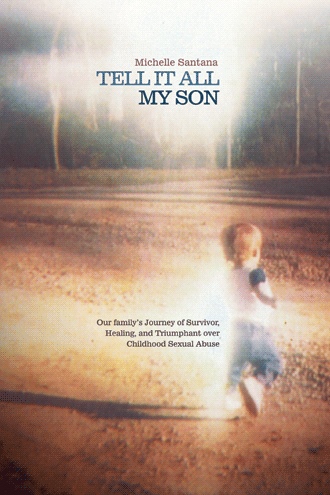 Only about 1% of our children are able to tell that someone hurt them sexually. Parents are concerned of the sexual offender’s register list, but many of these sexual predators are in our family. I want my story to change how we as parents handle the trauma of our children, who have been sexually abused. I want my story to help children break the silence that they are terrorized into keeping. I want them to be able to tell all. I want parents to let God heal them of the guilt and embarrassment of someone sexually abusing their child, while they are helping the Police and DA prosecute these offenders. Our children need our help to be able to tell about their trauma and who did it. In addition, the law enforcement needs our help. I have designed an Angel Doll that holds a heart in her hands. The heart opens up and has the poem in it “Tell It All My Girl”. I want to design a Aslan lion with the poem on his back “Tell It All My Son” with permission of Chronicles Of Narnia. I want to join up with a group to distribute the Angel Doll and Aslan Lion to as many girls and boys who have been sexually abused as I can.