The Desires of Her Heart 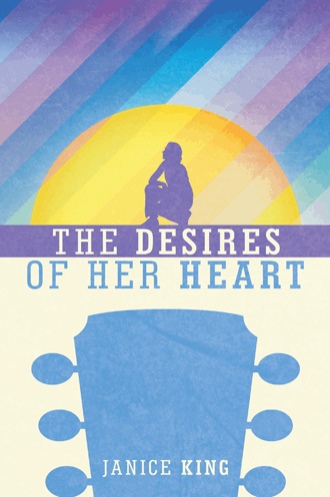 And Tom’s health was steadily deteriorating. His doctor had increased the medication to try to slow the growth of the tumor more, but the drug exhausted him. He was losing weight and it was weight he really couldn’t afford to lose. He was still able to do most things for himself, but Jessie knew the time was coming when he wouldn’t be able to and knew he needed to consider moving before it was too difficult to travel.

She was getting especially worried about how hard it was for him to breathe. He’d get winded just getting from the entrance of the medical center up to his doctor’s office. Dr. Neumann prescribed oxygen, which helped, but several times his struggle to breathe woke her up at night and she’d rush in to help him get his bedside mask on. She could see the relief in his eyes when the oxygen started filling his lungs. And it was happening more and more often.

One night though he woke up and couldn’t get his breath even with the oxygen mask. His continued gasping scared her and she called 911. She was terrified as she ran to throw the front door open for the paramedics and raced back to his side. By the time they got there, he had lost consciousness. “Please God, please don’t let him die,” she prayed, standing by helplessly, hugging herself with tears pouring down her face as the paramedics worked on him. And after what felt like an eternity she saw his eyelids flutter. She didn’t realize she’d been holding her own breath and when his eyes opened, she let out a cry of relief.

The paramedics took Tom out to the ambulance, but as they rushed by her she was able to tell him she’d meet him at the hospital. She threw on some clothes, grabbed her purse and cell phone and locked the house. Driving to the hospital, she called Annie and R.J. Annie answered the phone sounding groggy. Of course she’d woken them up she realized as she glanced down at the clock in the dash—it was well after midnight there.

Jessie could hear R.J.’s low voice rumbling in the background now too. “They took him to the hospital,” she told Annie, her own voice shaky. “I’m on my way there. I’ll call you as soon as I know something, but he was having a terrible time breathing so I called 911. He lost consciousness just before they got there but they revived him.”

“Oh, my poor boy,” Annie moaned. “We’re on our way. We’ll get there as soon as we can—here’s our cell phone number.” She gave Jessie the number. “Tell Tom we’re coming. And call us as soon as you hear anything.”

“I will,” she promised. Just knowing they were coming made her a little less terrified. She got to the hospital just as she was hanging up the phone and hurried into the emergency room where she was sent to a waiting room.

Jessie Kennedy has learned through many trials and tribulations to listen to the Lord and feels He has led her to Baltimore to work for a large newspaper there. Things seem to fall together well. She meets new friends, good Christian friends, at the church she finds there, and feels she is definitely on the right track—God’s track. Until one of her dearest new friends becomes seriously ill. Now she has to accept that this also is in God’s will…and has big decisions to make

Janice King is a single Christian woman who has wrestled with the difficulties of being single. God has brought her through it and given her such peace she wants to share that victory in Jesus with other singles. She was born and raised in Florida where she now lives joyously.