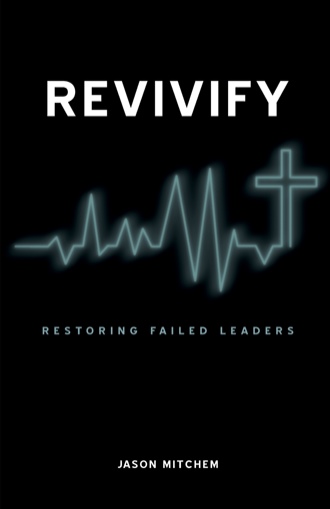 As long as man kind has been in existence failed leaders have taken their place on the pages of history. The first leader to fail was Adam. He only was responsible for himself and Eve and yet he failed to keep it together. When leaders succumb to their human natures it creates a firestorm of emotions for those within their sphere of influence. Because of this pain, the natural reaction is to take them out and remove them from their positions of honor forever. I have to ask you why? Why do we so adamantly seek their punishment and removal without the chance of return? For those who dare try, they are considered men and women of poor values and compromise.

There is a confusing quote out there that says “when you first fail to succeed, try, try again.” However, for whatever reason this does not seem to apply to leaders who fail and let their followers down. But maybe that is just it. They have followers. Where did we get that leaders are supposed to have followers? Now by natural course of events anyone who leads the charge whether it be in a place of business or church will ultimately have people that follow their lead. However, somewhere in the process we that follow their lead forget that they too are as human as the next person. So when they fail it completely takes us by surprise. For whatever reason, we put leaders at the top of the food chain and require them that they not be human any longer.

As of the writing of this book, two very prominent Republican leaders announced that they too were human and admitted to moral failure; Senator John Ensign of Nevada and Governor Mark Sanford of South Carolina. Both of which have been mouth pieces for the conservative movement and cried for accountability and integrity. Yet, when they made their startling announcements people all over this country called for their complete and immediate resignation from office. Once again it came as a shock to their followers. The question is should leaders be held accountable to a higher standard than the average person. Some are quick to say yes. I too believe that they should. But, to say that their failure permanently disqualifies them from positions of leadership is judgmental and hypocritical at best.

How many parents out there who are average Joes and average Jane’s have committed some of the same mistakes as these leaders have admitted to? Yet, does this disqualify them as parents? Does this say they are not good dads and good moms? Hardly! And no one calls for them to give up their children and never parent and be a participating member of family again. So what do we do with them? If you are a pastor, you work with them and restore them in hopes of bringing them back to a place of honorable leadership within their respective homes and families. If you are business leader, you work with the offending member of that organization and do what you can to make them productive again. In both cases, you help them to capitalize on the failure itself to teach them and create in them strength and understanding. You restore them. If you first don’t succeed, try, try again.

I also want to add that by no means am I trying to say that what is written in the pages of this book is the authority on the matter of restoring failed leaders. It is my intent and desire to start a world wide dialogue. I want religious organizations to reconsider their bull headed stances and businesses to join the effort of rescuing talented leaders that would otherwise be thrown away.

Within the chapters of this book, I will lay myself on the altar of public opinion and prove to you that leaders can be restored. If you are of the opinion that mistakes and moral blowups are unpardonable when it comes to leaders, this book is going to be hard for you to read. But, if you are willing to step into this unique area of ministry and life of second chances, this book will show you that there is truly an art in restoring failed leaders. As strange and as foreign as the title of this book is to so many (and that’s why I chose it) so also is the restoring of leaders back to full and complete roles of leadership.

I pray you enjoy the journey; I sure did.

REVIVIFY is the personal journey of the life of Jason Mitchem as he experiences first hand the trials of restoration. You will pear into his life as he unveils the sins of his past and shares the stories of 8 other fallen leaders and their rise from the rubble of mistakes most would like to forget and will expose to you that full restoration is possible if only you will allow it.

"Jason has written a very personal, yet public book that is going to make for great conferences and workshops. I love how he shares his personal experiences from start to finish. This is a must read for Pastors!”

"A fresh perspective on an age old subject. No matter your thoughts on what restoration should look like, Jason gives an insightful study on this subject. His personal journey and what God is able to do with an available heart is something every leader should read. I highly recommend REVIVIFY. "

Jason Mitchem is the co-founder and lead pastor of REVIVIFY CHURCH, a church dedicated to the restoration of what church was meant to be. Jason, his wife April and their two children, Devin and Jaysa, live near Augusta, GA home to one the most prestigious golf tournaments in the world. Ministering for the past 23 years with his first sermon at the age of 15, has served as an administrator, youth pastor, assistant pastor and senior pastor. Currently seeking his Associates in Theology and Bachelors in Christian Counseling from Calvary Theological Seminary