For Encouragement, Guidance and Hope In This Life AND To Prepare You For The Next 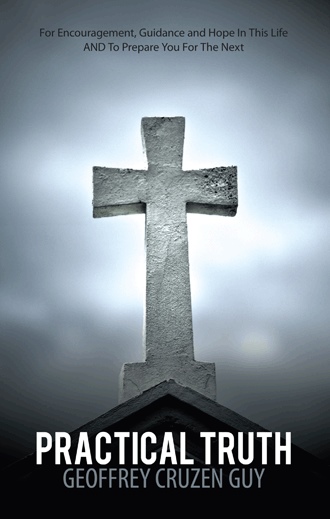 You shall know the truth,
and the truth shall make you free
John 8:32


What is truth and how does it make us free?
We've got two issues here, Truth and Freedom. I’ll start with Truth, then I'll address Freedom.

Man has pondered and sought after Truth since he drew his first breath eons ago. Truth is elusive, invisible, intangible. We can't see truth, or touch it. It's not accessible to our five senses, yet it is essential to our lives. So what is Truth?

Truth is that which is absolute, it is not subject to interpretation, belief or question.

Truth is reliable, it withstands all scrutiny.

Truth is consistent, it never changes.

Truth is eternal, it has always been, and always will be.

Truth is the window to the mind of God.

Why is Truth important to us? Man, even in his limited wisdom, realized early on that truth is necessary for the existence of civilization. Without truth, agreements would not endure, and business could not be transacted with any expectation of success. In our courts of law, truth is the only hope of justice. Witnesses are sworn to tell the truth, the whole truth, and nothing but the truth. Relationships would be meaningless without the promise of truth between individuals. Truth is the cornerstone on which all of mankind’s institutions are built. A government without truth in it’s design, is doomed for collapse. Society without truth quickly degrades into anarchy. Outside of truth, there exists only chaos. Ultimately, our lives and our well-being depend on truth.

The Bible tells us:

"For this is good and acceptable in the sight of God our Savior, who desires all men to be saved and to come to the knowledge of the truth"
1Timothy2:3,4

All Truth comes from our Creator, that is, God. He created Truth out of His love for us. Through the Truth of His Word, God has given us the blueprint for how we should live our lives. He knew that many snares and temptations would await us on our journey through life, and without His word to guide us, we would be vulnerable to self inflicted disaster. In effect, God gave us His truth to save us from ourselves. Sadly, many people reject His truth, and their lives reflect the consequences of that choice.

I think many people struggle with trusting and believing in God, simply because we can’t prove Him. We have become such a science and logic based people that if we can’t prove something by eye witness or physical evidence proof, then we don’t accept it. I know, because I went through the same thought process, especially when I was in college studying marine biology. Everything I was involved in was based on scientific proof. Even though I had been taught the gospel as a child, I was so enmeshed in the science mindset, that God just didn’t seem to fit.

We must take God on faith. Therein lies the rub for most people. Sometimes even that notion seems absurd to me. Just look around you at this amazing world, and observe all of creation, can you really believe all this happened by chance or accident? By default, the evidence for God is overwhelming. When I think about it, it seems that it takes more faith to deny God’s existence, and believe in existence by random chance.

It’s funny, but despite what I said a moment ago, about science training me to demand evidential proof, it was during the most intense period of my scientific training, my medical training, that I began to realize the truth of God‘s existence. We are so perfectly made, in such exquisite, intricate detail that I became convinced that there had to be a mind of unfathomable intelligence behind all this. God’s word is true, accept it and rely on it. You can bet your life on it, it’s the safest bet you’ll ever make.

“and the truth shall make you free”

Free to do what?

The truth of God will set you free to live the life that He intended for you to live when He created you. With God’s truth as your map, and His will as your compass, your steps will be directed by God as He leads you into your own personal “promised land” according to His plan.

Free from living the kind of life that Henry David Thoreau described when he said "Most men lead lives of quiet desperation". Free from the bondage of living under the influences and effects of untruth in your life. Free from such ideas as "I'm not worthy, I'm not lovable, I'm a failure, I'll never be happy". Most, if not all of people's problems and unhappiness stem from believing these and similar untruths, and then subconsciously letting themselves and their potential be limited by them.

Of course you'll be unhappy if you believe you're not lovable. And, of course you'll be unsuccessful if you believe you're a failure, and on and on.......... But all those ideas are not true. They are horrible, crippling lies. They fester in your mind until you've accepted them as being true. Then they exert their influence in your life and render you unable to live up to your true God given and God intended potential. Actually, it comes down to an identity crisis. You've been brainwashed into believing that you are someone or something that you are not - a failure, or unlovable, etc..

The truth is that you are a child of God. You were created in His image - a perfect being with unlimited potential.

For You formed my inward parts;
You covered me in my mother’s womb.
I will praise You, for I am fearfully and
wonderfully made
Psalm 139

You’ve heard it before; God loves you! Jesus saves! Repent! Read the Bible! John 3:16 and so on. But what does it all mean to you? Is it relevant to your life? With all the things going on in your life, do you have time for God? Can He help you? Do you matter to God?
Many people ask those questions every day. During a difficult time in his life, Geoffrey Guy sought God’s answers to all the questions in his own life. God led Geoff deep into the Bible to find the answers. The Bible is basically a blueprint for how we are to live our lives to be successful, and happy but most people don’t know how to find the information.
In Practical Truth, Geoff has distilled many truths from the Bible so you can easily learn God’s truth about life, love and living. In these pages, you will find the answers to your questions as they relate to your life. Whether you’re a “veteran” Christian, a new believer or someone who is just beginning to explore Christianity, the Truth has been revealed for you to see firsthand God’s love and His Divine plan for your life.

Geoff, a retired Chiropractor, lives in Florida and enjoys a lifestyle of fishing, diving, and writing. After divorcing, he asked the Lord to show him the “truth” about life personally, and generally. Here, he shares the encouraging truths revealed to him during his time spent in prayer with the Lord