Finding hope when all you see is pain 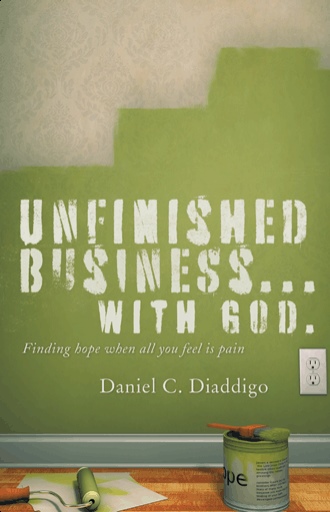 You turn men back to dust…

Life as I understood it ended on November 19, 2003. Death will do that. It will interrupt life. So will the phone call that delivers the message you never want to hear.

In my ear quavered a tiny voice belonging to my daughter, Rebekah, then eleven-years-old. At first, I mistook her panic for giggling, like she was delivering the punch line to some terrible joke; but my gut told me this was no drill. This… was real. I felt like I was watching a reel to reel movie when suddenly the film broke and the screen splashed white to the sound of rhythmic flapping.

My mind raced to Kurt from every angle, each time with the same result. Instead of finding Kurt, I saw the place he once occupied, now an empty cutout, a silhouette burned against life’s landscape. That’s the place Kurt should have been. But he’d been ripped from the scene, replaced by a hole of a memory which shrunk even while I stared through it into forever.

I will never fully grasp the depth of the scars Kurt’s departure has left on the souls of those closest to him. I do not know what that sort of abandonment feels like to a child, or what it is like to wake up to an empty bed each morning. I’ve never experienced a four-year-old’s night terrors, my niece’s fear of crowds, or what it is like to lose your only son. I can only imagine what life will be like for Tanner, whose entire memories of his dad could be pasted on a Post It® note.

When something like this hits so close to home you lose your filters. Your heart shrieks in protest and your mind is powerless to edit or temper its wailing. As much as you want to make sense of the tragedy in a cognitive, rational way, you can’t. Still, your mind works overtime gathering and sorting facts, trying to organize them into a pattern or to shape them into meaning.

“What happened? When did it happen? Why…”

It’s right there, somewhere around why, that the mind yields to the heart for interpretation. Why pulls you to another place, a place past the bookends to your days. We know intuitively it sits somewhere outside our ability to grasp with any clarity. There’s something huge about the question of why.

What, where and how are logistical questions we can answer by observing the facts of the matter. Why, points us to an altogether different place. To answer the question of why, we must rely upon the notion that there exists an explanation higher and broader and beyond ourselves.

In front of why, I feel suddenly small. My incapacity to bring order to the chaos shoves itself to the front of my thinking. Here, where I surrender to my smallness, I reach for God, and I begin to soberly assess my own place in the scheme of things. My place before men. My place before God. My place in time.

This scene keeps racing through my mind. It looks like a movie trailer. I’m in a foxhole with a bunch of soldiers. The sounds of war pound my temples and explosions split the night. Kurt and I are stretched diagonally against the dirt, our heads just below the lip of the trench. We have a wrinkled map stretched between us and we are discussing strategy. I press my hand against my earpiece and nod to Kurt. Our coordinates have been confirmed. It’s time to move out.

Under the glow of artillery fire, Kurt and I climb out of the trench and motion for the soldiers to follow. This is for our kids. This is for the Kingdom. This… is for freedom.

No sooner do my feet find their footing outside the trench, I hear a whistling sound. A flash of light. An explosion. Then everything goes dark.

When I come to, I’m in a medical tent, surrounded by doctors. The beeping I hear belongs to a machine monitoring my vitals. The sounds of war, though distant to my ears, thunder in my head. I struggle to lift myself from the table - to get back to the fighting - but I am restrained. An artillery shell landed right next to me, I learn. I’m lucky to be alive, I’m told. Everyone is sorry about my friend, Kurt, I hear. The hole in my side continues to bleed. I need some rest, I’m instructed.

“If God exists, where is he in all of this pain? This is one of the most pressing questions in life. If you wish a biblical perspective on this question, I recommend Dan’s book.”

“This book will inspire, encourage and challenge you on your journey.”

“Dan uses his personal journey and engaging stories to sort through life’s most challenging moments. In the process, he exposes our conflict with God and our opportunity for healing.”

This story has a Center and it’s not me. I’m a fringe player in a larger drama that changed the lives of a handful of people forever.

Stories like this happen every day; so in a sense, this story is not unique - but it is personal.

Tragedy is always personal to someone.

That’s why I wrote this book.

I’ve done my best here to give you a window into one man’s thoughts toward God during a season when God didn’t make sense. It is my prayer for you that these pages will serve you well in your own journey, and that God would somehow reach through the words to draw you to Himself.

You may not find in this book the answers to your questions, but you will find permission to process your pain out loud and encouragement to finish your business with God.

Daniel C. Diaddigo is a husband, father, businessman, and author whose life mission is to encourage people to walk with God.