by Martha A. Velasquez 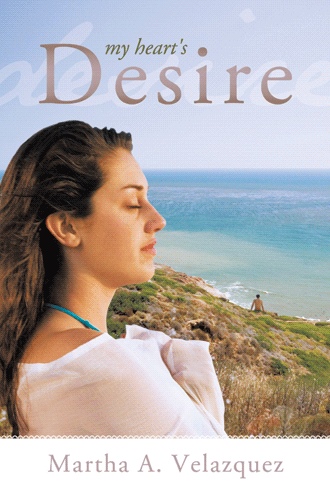 Megan drove with her eyes fixed on the road, still unable to understand why Raul had fallen out of love with her. Motionless she stared down the road in front of her, the tears rolling down her cheeks acting as the only outward sign of her devastation. She glanced toward her left noting how the endless ocean mirrored the sun’s rays. Throughout the drive she asked herself, how many times she and he traveled down this same road holding each other’s hand, staring at each other with eyes full of love. The soft melody playing on the radio reminded her of the promises he made to her. The pain became too severe and she felt a heavy burden on her chest.

After the two-hour drive, she arrived at the small Oceanside town she called home. Glancing at her watch, she was surprised to see it was noon. Her only choice was to attempt to move on from the secret relationship with her long time lover. It seemed a much easier task to go to the hospital where she worked as a receptionist in the pediatrics department. With only three hours left in her shift, what else was there to do?

Passing the heavy gate, she drove into the parking lot, while searching through her cd’s. Picking one, she pushes it into the cd player and the first few notes of the worship song helped to strengthen her shattered heart. She couldn’t help thinking What will I do now? I have been seeing Raul for fifteen years and, he promised to marry me. He swore there was nothing left of his relationship with his wife. He always said that he did not love her! That he was with her only for the sake of their children, and I believed him! How could I have been so naïve!

Lord give me strength! Please help me! She cried out raising her hand up on to the sky in desperation. Putting her head down, she calmed her self and finally decided to go inside. She got out of the car and walked toward the hospital each step low and heavy.

She finally makes it into her office, once there everything seems melancholy to her, and everyone looks strange. Co-workers and patients greet her as she walks through the hallway, but her mind wanders as she responds. It is not enough to say Megan is hurt, she is completely shattered. She feels as though she has hit rock bottom and is in a pit of devastation. The man with whom she started a relationship with back in what she considers her prime had just broken up with her.

She walks up to her desk, and while she sits down Raul’s words echo in her mind, “My wife found out about us, and I don’t want to hurt her, Megan. She confronted me and in order to save our marriage I had to lie to her and said that you and I met a couple of times at a bar but that you meant nothing to me. Oh Megan,” he said as if it were an after thought, “I must beg a last favor from you, please. I am sure that she will call you, and when she does please tell her…” He stopped. What was he going to say next? Was he going to ask me to lie for him? That coward! Feeling both grief stricken and confused she continued to re-live in her mind their last meeting and his last words to her: “I am sorry, Megan. What we had was wonderful while it lasted. I know that I have failed you. This was not in my plans, but all I can say to you right now is that I hope you find yourself a man that will love you, you deserve it.”

Raul is a greedy and selfish businessman who looks out for his best interest regardless of who he steps on in order to get his way. He managed to raise a family while comfortably living a double life: one involving a wife and three boys, the other a mistress.

An inspirational story of Love, Forgiveness, and Redemption

Megan put her walk with the Lord on hold while she lived comfortably as “the mistress.” Years later, abandoned and alone she realizes what she’s lost and what she’s missed. When Doctor Winston comes into her life, she remembers that Jesus is still standing on her threshold, but she can only see the man in front of her. When she sees his blue eyes, she’s determined to give love a second chance. Will she put “no false idols” before her Lord? Will Megan trust the Lord, even when things don’t turn out the way she expected? Will her heart be broken or saved?

Martha Velazquez lives in Los Angeles, California. She has always had three dreams: to see her father again, who died when she was nine years old; to get married in a beautiful white dress; and to write a book. One day, while feeling broken, she started to write this story. In the midst of two jobs and raising a family, her third dream has come true.