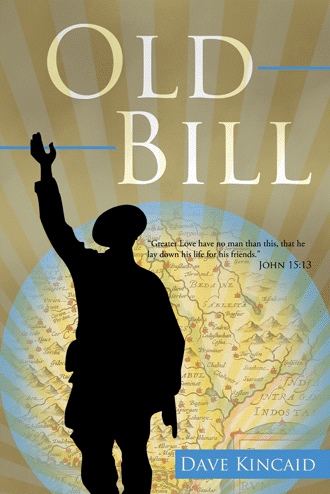 The date is July26th 1908 we are close to Breckenridge, in North central Missouri.Breckridge is " Broken ridge in the German language. We are at the rural farmhouse of the Bush family. Just for the record the Bush family is of German heritage coming out to the plains as settlers back in 1872.

The evening is not just a hot one but it is also a sultry, humid,summer evening, it is one of those screen door slamming nights with little breeze. Air conditioning was a luxury not heard of yet. Nor is there indoor plumbing or electricty. Dinner is over the dishes are done but momma is still working in the kitchen. It is that time of the evening that everyone in the Bush family has been waiting for " the evening checker games". The boys are anxious to get started and are already in a tiff. " Hurry Popa", the boys have the board ready and have started the first game, Bill is frustrated, Alton is to young to play, he doesn't understand the game, Erie and Popa enter the kitchen. Momma stopped her work and finally removes her wet soiled apron. She still had to tend to the baby,Suzette the only daugther in the family.

No! Alton you can't go backwards! Popa he is going backwards, make him stop. Now, now boys Alton needs to learn just like you did when you were little.

Okay Alton let me in there, now who is first tonight? I'm ready for you Popa proclaims Bill, the oiildest son. This is the moment all have been waiting for the entire room falls silent. Everyone takes the game seriously as each and every move is meticlously thought out. Each boy gets a turn with Popa at the checkerboard. Time seams to fly by and two hours are gone faster than a jackrabbit across the front lawn. Popa would take no prisoners while playing the game.All this checker playing made Bill and his brothers great players.

Time to stop and go to bed Pappa says. All you hear is the "AHH" of disapointment. Now after the boys are ready for bed it is time for the nightly devoations. " I'm reading tonight" Bill offers to read, yes Bill, thank-you.says Papa.

This is how everyday ends with the nightly bible devoations. Everyone treasures the devoitions. Devoitions make the difference in their day to day lives. These are the instructions from God. Instructions on how to live with each other, and how to love one another. Momma and Popa pray with each child as they go to sleep. The bible is a huge blessing when questions like where did the stars come from? and where did "we" come from are asked. all of the 31 Proverbs come in handy, tonight is Proverbs 27:1-27. Bill reads " do not boast about tomorrow, for you do not know what a day may bring forth" each child that can read, reads a few verses. Papa says a prayer then the candle goes out for the nights sleep.

The boys each have one dog. Bill has a very good looking tri- colored English setter named " Brutis" Grelton has a strong ,chocolate, colored German short hair. Dale has a white female pointer with only a half seasons experience."Hi Dale" says Bill, it looks as though we will be there by daybreak. "Yes" we will and Good morning to you both. Dale was always a happy personality. As the boys walk they make their plan of how to hunt that morning." you know what happened last time says Dale, yes they got out the back corner. we need to block them. Okay I will block them Dale says. Just give me enough time to get up there before you start into the field. The dogs are getting anxious and are pulling on their leashes.

There is just enough predawn light to see the birds beautiful plumage. The wind is blowing some and there is that late November, fall chill in the air and the boys can see their breath. As they wait for Dale to get set the leaves are swirling and rustling around their feet." lets get going," let the dogs loose. Pepper and Daisy start in with noses to the ground. They only go twenty yards when Daisy goes on point.Grelton yells out 'POINT then "COCK" then the first shots " boom,boom" and Bill has his first bird and yells out "dead" good dog. There is much excitement all at once with pepper as the dog retrieves a large cock pheasant and brings it to the feet of Bill." Grelton what happened? Why didn't you shoot? I still had my "safety" on when the birds got up, you know how that is. In the distance you can hear more shots, boom,boom,boom the booms really echo through the early morning. Dale is seeing birds too. Then more shots are heard.Finally when Bill and Grelton get through the field and find Dale. The hunters can hardly believe their eyes. Dale has shot three birds an almost unbelievable feat.

The boy's become good marksman with the shotguns and the deer rifle. This skill will help Bill and Dale when they go off to War.

The boys know they are going to hunt that day after school so they take their deer rifles to school. "Bush boys" Dale was included in the "Bush boys" like he was another one of the brothers,' put those guns up and get in your seats quickly" says Mrs. Roberts the teacher."Yes, Mrs. Roberts". Mrs. Roberts commands respect and rules her class with a red dowl rod. If you speak out of turn you would get the Rod across the knuckles. Once in a while someone would act up in class and get the red dowel rod across knuckles, and that hurts! Proverbs 13:24 He who Spares the rod hates his son, but he who loves him disciplines him promptly. Life for the boys is going well. Another good friend that Bill has is Moses Johnson and his brother Otis.They are from a black family that goes to the same church as the other boys.they like to play baseball after church. With these two black boys , Dale and his brother, Bill and his two brother we have the core group of friends that play together. They are bonded together best friends for life. Proverbs 17:17 A friend loves at all times and a brother is born for adversity.

The tranquility of their lives seems not to be broken but life is not that way, a darker day is coming for them all and it starts with Dale's mom, Mrs. Bird.

It was a beautiful spring day with an unexpected death of a young mother of two. The story of her death is a simple one. Mrs. bird was found in her backyard, doing her day to day chores. About a half a basket of clothes that she was hanging was still in the basket. She had died suddenly, totally unexpected ,found slumped over her basket of clothes. Mrs. bird had gone to meet the Lord in her backyard. She was an irreplaceable and priceless wife. The bible says she is more precious that rubies. Proverbs 31:10 and is to be esteemed more than our ownself. She is more valuable than gold. There was a beautiful funeral but very emotional for all the local children.For the close friends it was very hard and especially hard on Bill and his brothers. This one happening to Bill's best friend would affect him deeply and the whole community. Shortly after his wife's death Mr.Bird moved to Kansas City, Missouri, taking Dale and his brother with him. He is going to work on a large construction project, the new train station the Union Station. The train station project was to start in 1911 and be completed by October 1914. The completion would be just in time for the soldiers to use it going off to war. Now, Bill has lost his best friend. Neither Bill nor Dale had any idea they would meet just a few years later when they go off to war. Losing a friend is tuff.

The book has something for everyone, you will relate to the children playing and turning into men. You go on a wild journey locating one of the most sought after ancient, bibilical Relics of all time.

Dave Kincaid is a 60 plus year young father of two grown children. Grand Father to 12 Grand children, 10 boys 2 girls and one girl on the way. He enjoys family and church activities. Dave’s hobbies include inventing, hiking, camping, scuba diving.

He is a former sheet metal shop owner and loved the responsibility of making a payroll. Having worked on homes on the National Historical Register, Dave says he has an appreciation for fine craftsmanship and doing a good job. He enjoys writing too.