Where Old and New Testament Meet in Living Parables 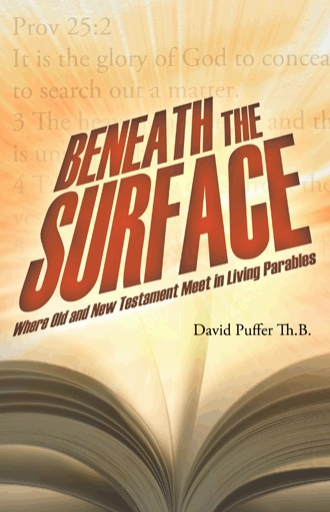 Words have been called "the ultimate unit of meaning" because they cannot be divided further and remain whole. However, words, like people, have relatives who can contribute to their character and meaning. These relatives are called "roots".

The Greek language, which the New Testament was originally written in, makes extensive use of root derivatives. These "roots" can often help us to see deeper into the meaning of a word than a simple definition can. Take, for example, the Greek word for "carpenter." By simple definition this word gives us the meaning of "one who fashions things out of wood". A broader meaning is also contained in the word - that of an architect or builder in wood, stone or metal. But if we would dare to follow the cascade of meaning revealed by its relatives, the roots, we would make an exciting discovery.

The Greek word for "carpenter" is "tekton" - from which we get the English word "technology". Tekton means "a craftsman in wood" but its immediate root derivative is "timoria", which means "vindication" (justification against denial or censure) or "a penalty; a punishment".

One can hardly read the related meanings of the word “carpenter” without being reminded of Jesus as the suffering servant whose purpose it was to atone for the sins of mankind. He alone could reunite man to God through an act of vindication, as He suffered the penalty, and paid the price that was rightfully ours, by dying in our place.

Within the pages of the Bible God has placed pictures of the promise that He made to Adam in Eden. This is the Gospel, the good news that a Savior would come and restore to man what the Devil had stolen. These pictures can be found beneath the surface of many of the events and personages of the Old Testament. The purpose of this book is to reveal these pictures and to move the reader beyond the historicity and morality of the Word of God, as important as those are, and to show that the Bible is a truly supernatural document without equal in the sacred texts of the world’s religions.

It is the glory of God to conceal a thing: but the honour of kings is to search out a matter. Proverbs 25:2

David Puffer Th.B. is from Brisbane, Australia. He has served as pastor and worship leader in several churches as well as teaching on a radio program. After 30 years of diligent study of the Scriptures, David is anxious to share his discoveries with other truth seekers. He currently lives and serves with his wife in Pittsburgh, Pa.