Reconciling the Heart and Mind 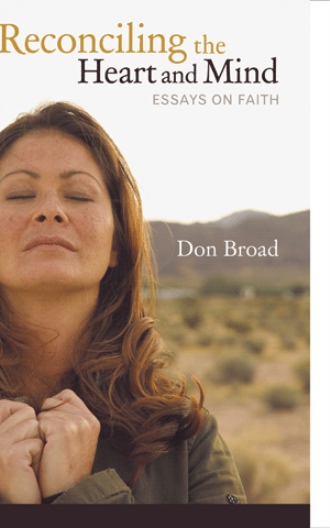 I have struggled with the Doctrine of the Trinity for a long, long time. I am convinced that any approach to the Trinity must begin with the monotheism of the Old Testament. It seems to me that in the popular mind, as well as in the language of piety and hymnody, there is a God in heaven, his Son Jesus,who roamed the earth, and a mysterious thing called the Holy Spirit. Early in my training I came to realize that the Trinity is supposed to be a doctrine about the eternal nature of God, and that is what I have a hard time coming to grips with. I am sure that back in the days when Greek philosophic understanding provided the raw material for theology the Trinity made sense, even as a mystery, but those days are long gone. My opinion is that as Christianity spread into the Greco-Roman world the Christian intelligentsia felt it necessary to explain the Christian experience of the God of the Old Testament, the Church's experience of God in Christ, and the powerful movement of the Spirit within the early church in ways that did violence to neither Old Testament monotheism nor Greek philosophy. The result was the doctrine of the Trinity, a mystery acceptable to the faithful given the standards of the day.

We have the same problem today, explaining Christian experience in terms that fit contemporary understanding. Where my problem comes in is with the eternal nature of God. I am convinced that thinking cannot be done in a vacuum. Thinking requires things to think with. Among them are spacial relationships, temporal relationships, and causal relationships. To think without these tools is impossible. To think about the eternal nature of God should therefore require going back before time, space and causality existed. I do not think the human mind can go there. To think about what happened before the Big Bang is, to my mind, pure speculation.

But that is to think like a modern. To us reality is what we can apprehend with our senses. To the ancients reality was eternal and unchanging. What we can apprehend with our senses is subject to change and decay and therefore could not be real to the ancient mind. The problem for them was to move from what is known to the senses to the eternal reality of which these things are but pale imitations. Therefore, for theology, to call Jesus Son of God required coming to some conclusion about what the eternal reality was that lay behind Jesus. That reality they called the Son. A heated controversy develoed over the question, "Was there a time when the Son was not?" Athanasius said, "No!" Arius said, "Yes!" When I read some of their writings Athanasius reminds me of an ill-tempered fundamentalist; Arius of an open-minded man, but then I did not live in their time and the subtelties of their argument lack significance to me. Although the the argument focused on "Was there a time when the Son was not?" the time involved was not measurable. It was a question of whether the Son was coeternal with the Father, or did the Father come first and then create the Son.

Athanasius won the day and orthodox theology proclaims that the Father and the Son are coeternal. The question of the relationship between the Son and Jesus required about three hundred years of debate between the best minds of Christianity to settle, and I do not pretend to know enough about how it came out to deal with it here. When you get to the Holy Spirit the waters get even muddier and the argument over that was one of the points that divided eastern Christinity from western Christianity. Again, this is not an issue I wish to deal with here.

The point I am trying to make is that we no longer try to reason from what we experience in this changing world to the eternal, unchanging realities of which they are unclear reflections. We now try to anylize what we experience to see what conclusions we can reasonably draw. Scientiffically we do this with instruments of amazing complexity and exactness. The Hubble telescope is but one example of this. But scientists are not the only ones who reason this way. Ever since the Medieval theologians moved from idealism to realism people have come to think this way. We try to understand our experiences. We do not think of our experiences as shady, inaccurate hints if an underlying eternal, unchanging reality. What we experience is reality itslef. Unfortunmately the common theology of the day, if I may call it that, the understanding of those who are not trained in theology, has not made that adjustment.

As a devout believer who loves the traditional expressions of faith in hymns, prayers, and creeds, yet also as one with a wholesome respect for modern science, I have often found my heart and my mind to be in conflict. These essays grow out of my struggle to reconcile my heart and mind. The primary clue lies in my opinion that the traditional language of faith is expressed in the language of antiquity, the language of idealism, the belief that the idea itself is the true relity. Today we think in terms of realism, the belief that what we experience through our senses is the true reality. These essays are my attempt to transslaste faith's lanmguage of idealism into our contemporary language of realism. There is the further complication found in the emphasis on the idea that Christ died to save ME, which minimizes the ethical imperatives of the cross, a particularly grave failing for a nation which now tries to rule the world as Rome did in the first century.