The Revelation of God's Inconvenient Truth 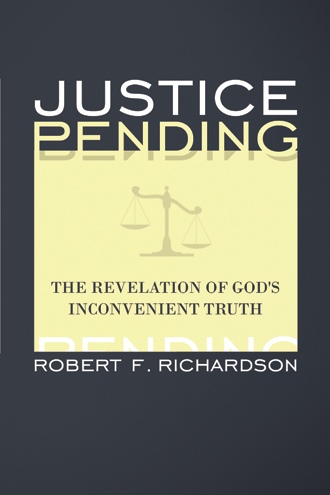 Jesus promised that when the Spirit of truth came, He would tell the disciples about things to come [Jn 16:13]. The Revelation is the major means by which the Spirit of truth fulfilled that promise by removing the veil that shrouded the future. Subsequent chapters chronicle Christ’s opening of a sealed scroll that contains a prophetic preview of things to come. When the scroll is fully unfurled, the servants of Christ may be confident of His ultimate conquest over their ancient enemies, sin, death and the Devil. In spite of peril and persecution, the inevitable outcome is the stabilizing hope that produces patience in believers. They have not been forgotten, nor will their suffering go forever unavenged. However, the reader should understand that the Apocalypse is more about doxology than eschatology. The book was not given to satisfy the disciples’ curiosity about the future but fill them with praise for the Lord whose awesome works unfold in its pages and encourage them to be patient in their tribulations by showing them their agonies on earth from the perspective of heaven. It is not unlike Asaph who went into the sanctuary of God and saw the end of the wicked. Only then did he overcome his envy [Ps 73:17ff]. Only then did he understand that they stood on slippery places while he was continuously with the Lord [Ps 73:18, 23]. The Revelation transports the believer above the tumult into the throne room of God. There he witnesses the end of the wicked and the abiding presence of the Lord with His people. In these turbulent times, may the reader see beyond the apparent to reality and know with certainty what Hezekiah knew. “Be strong and courageous: do not be afraid nor dismayed before the king of Assyria, nor before all the multitude that is with him; for there are more with us than with him. With him is an arm of flesh; but with us is the Lord our God, to help us and to fight our battles....” [2 Ch 33:7–8].

The Revelation is a uniquely relevant book. It was written from a pastor’s heart for a pastoral purpose. John wrote to prepare the saints for the gathering storm as they await the inevitable coming of the Lord. The Revelation is the story of His Day when the Son of Man will appear in heaven like a flash of lighting for all to see. It is the day that God spoke to His prophets about from the foundation of the world. The Revelation is a book filled with allusions and symbols. God did not leave their meaning to guess work. This commentary will challenge the reader to compare his assumptions about the coming of that day with the prophets who wrote about it prolifically. The basic premise of the Reformers was that the Scripture is the best interpreter of Scripture. This commentary was written to demonstrate that comparing Scripture with Scripture is the best way to understand the Revelation. I have deliberately avoided the jargon of the diverse systems of eschatology to allow the reader to focus on the text and let the Scripture speak for its. I have the profound conviction that the believers to whom John wrote understood what he meant. May the blessing promised to those who read and obey this book be yours.

I believe that my qualification for writing a commentary on the most controversial book in the Bible is based on my educational background, ministry experience, and a life time of Bible study and research of the relevant literature. I graduated with a Bachelor of Arts degree with a double major in Bible and English and a minor in Greek from Bob Jones University, where I learned to love and defend the inspired, inerrant Word of God. I received the Master of Arts degree from the School of Education at Eastern Michigan University where I majored in Guidance and Counseling. While working on my Master’s degree, I earned my teaching credentials and taught in the elementary school, and worked subsequently as a Guidance Counselor in junior high and senior high schools in Michigan. As a ten year old boy, I came to know the Lord and preached my first sermon on the streets of Detroit when I was thirteen. I served in full time ministry for almost forty years in a variety of positions, including the two churches as their senior pastor. The tenure at my last church lasted nineteen years. After my retirement, I was honored with an appointment as pastor emeritus by a church in which I served as a young man. My passion is teaching the Word of God and much of my time has been spent in writing lessons for elective classes for adults. I want ordinary believers to enjoy the thrill of discovering that, with a little help; they can feed themselves on the milk and meat of the Word and grow in their personal knowledge of God. My wife and I moved from our home in Michigan and are actively engaged with the body of Christ in a wonderful church in Georgia. I have found great joy in mentoring younger men and seeing them thrive in the Lord. I spend my spare time writing in order to pass along what the Lord has taught me to those who want to learn. I look forward to giving a good account of myself to the Lord when He asks me, “What have you done with the gifts I entrusted to you?” I find that to be a sobering thought.