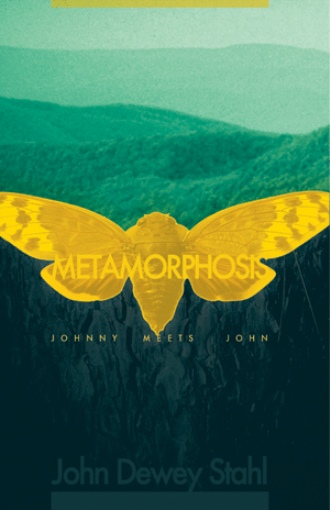 One day David and I were down in Park Woods at lunchtime. I saw a movement of something long and striped yellowish green and black. “David”, I called. “I see a Garter Snake!” I spotted its head, with its forked tongue going in and out testing the air for odors. Quickly, I reached my hand down and caught it just behind the head so that it couldn't bite me. I held it up for David to see. It was a small one, only about eight or ten inches long. “Great,” David said. “What are you going to do with it?” I reckoned that he would have been glad to take it home. But I had caught it and I decided that I would keep it. “What if I just put it in my pocket?” I asked. “That would probably work,” David replied. “Snakes are usually quiet in a dark place,” he said.

Just then the school bell rang and we had to hurry back to our classes. So I just put the snake in my pants pocket, and walked into the classroom and sat down at my desk. Miss Martin soon began our afternoon class, and I forgot all about the snake in my pocket. That is, until a girl raised her hand and said excitedly, “Miss Martin, there's a snake over at the wall.” She pointed toward it. Everyone looked and some of the girls lifted their feet off the floor. I immediately saw that it was my little Garter Snake. The classroom turned into a chaos of chatter. Miss Martin said in an authoritative voice, “Is anyone responsible for that snake?” I sheepishly raised my hand. “John, catch it and take it outside immediately!” Miss Martin barked. By then the snake was slithering behind the piano. David helped me move the piano, and I caught the snake. I took it right outside, and let it get away. I wouldn't have a pet snake after all, and I was a little worried what punishment might follow when I returned to the classroom, so I went back into my classroom rather slowly. Miss Martin said to me, “John, stay after school and I will talk with you.” Then she called the class to order and proceeded with the lesson.

This story provides glimpses "back to the future." It is as though Johnny the Mennonite boy could meet his adult self. Does the man reflect the boy or the boy reflect the man he is becoming? This is a selective biography about growing up in a Mennonite community that values both learning and Christian faith. His parents and siblings reinforced his values and learning. The author's interests were nurtured by his community and the rich natural environment of the Shenandoah Valley of Virginia. Many of these interests have passed along to his children and grandchildren. The stories of this book relate to this wonderful heritage. These stories show a child and youth's growth in faith and knowledge.

John Stahl has served as teacher, administrator, consultant and pastor. He has degrees in math, chemistry, education and seminary studies. He loves nature as God created it. He is married to Susan Leaman, and is a father of three adult children and grandfather of two boys and a girl.