What Every Christian Should Know 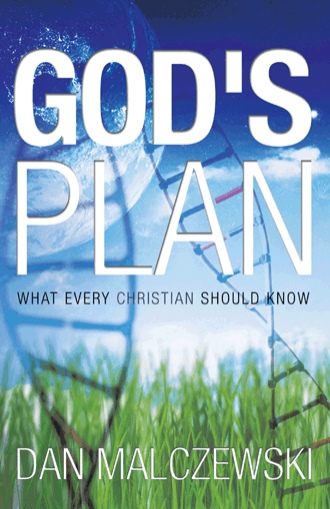 The field of astronomy has so many proofs of biblical veracity it’s hard to know where to start. Immanuel Velikovsky’s Worlds in Collision is the book that finally started me to question my atheistic and evolutionary viewpoints. Dr. Velikovsky had many doctorates of which he used none to compile his findings and conclusions. Because of his seeming anti-evolutionary stance, this book was banned from all the U.S. college campuses. So much for college being the meeting-place for all ideas! He began under the assumption that all myths and legends contain a germ of truth. If he could successfully compare myths and legends from all over the world, he may find similarities that could reveal the truth behind them. He also had to construct a timeline in order to determine when different myths and legends began. He felt he did this successfully enough to come to an astounding conclusion. This conclusion drove him to the realization that all the current cosmological theories (i.e., the nebular hypothesis of the creation of the universe and evolution of the creation of life) were wrong. He noticed that at one point in his timeline something was missing in all the writings beforehand but mentioned by all afterward. This is the planet Venus! All of the cultures of the world describe, in mythological terms, the struggle between Earth and Venus. The descriptions that Velikovsky found led him to believe that Venus was, at one time, a comet with a head approximately the same size as the Earth. Several times in the distant past these two bodies came to near-collision paths and affected many things in our history. One time, however, the two were on a head-on collision path. Because both were surrounded by powerful magnetic fields, the collision was averted when the two magnets eventually repelled each much like smaller magnets do when similar poles are placed close together. According to Roche’s Limit, two equally-sized bodies on a collision path will repel each other at about 2.5 times the radius of the Earth, or about 10,000 miles out. This repulsion caused Venus’ orbit, as a comet, to dissipate and become eventually caught by the Sun’s gravity and settled into a planetary orbit. But the havoc of this collision on the Earth was monumental. The electric discharge between Earth and Venus caused the pillar of fire to temporarily impede the approach of pharaoh’s army from killing the Jews. Because the poles were the same (positive or negative) all along a line of the Earth, waters repelled including the Red Sea. This accounts for the parting of the waters. The resulting burn of the carbohydrates of the comet’s tail in the upper atmosphere easily accounts for manna. He even went so far as to predict certain things that would have to be true if his thesis were correct. All of them later proved to be true. Velikovsky covers these things and much more than I could easily relate. The reader owes himself, as a matter of sincerity and honesty, to read this classic work. The main point, however, is well taken: that these stories in the Old Testament probably happened exactly as recorded therein!

Think of it! If many of the Old Testament “miracles” actually happened as recorded, God, in His Creative and Omniscient attributes, must’ve set the universe in motion beforehand just so these events could occur. Thus, He would have set the comet Venus in motion just so that it would have a near-collision with earth at the right time. He would’ve had to know what the ramifications of a near-collision with earth would cause, and, just as importantly, He would’ve had to calculate the exact timing of such a catastrophe. Furthermore, He would also have had to know about Moses and the Jews millennia before it happened. And what about Moses? If Moses were an unbelievably gifted scientist, he would have had to know what effects a collision path of Venus with Earth would cause. Furthermore, his timing would have to be perfect; he would’ve had to know just when to raise his hand when the waters parted. He would also have to know where water and food was in the desert to sustain approximately 2 million Jews for 40 years! Unless he was the greatest genius who ever lived, the only plausible conclusion that reason suggests is that he was in direct communication with the only being in the universe who knows everything: God! Just because these events happened naturally doesn’t mean that God wasn’t behind them, directing and insuring the outcomes supernaturally.

A compilation of Christian Apologetics gathered from various authors over the years that is designed to bring brand new Christians up-to-speed quickly and to stengthen the faith for all Christians. This book also introduces a “model” of God’s Plan for mankind. It contains answers to almost all of the arguments leveled against Christianity from science “falsely so-called”. Furthermore, this book provides an historical discussion of Christian prophecy from a Dispensational persepective.

Did you know that genetic anthrop-olgists have traced back our DNA to single parents; or that most of the “miracles” of the Old Testament probably occurred naturally such as the parting of the Red Sea; or that approximately 1,600 Bible Codes have been discovered around a single Old Testament chapter; or that it is highly probable that no human beings drowned in the Flood; or that Mount Sinai is not in the Sinai Peninsula but in Saudi Arabia and is heavily guarded; or that the speed of light may have been millions of times faster at the Creation than it is now? All of these questions, and many more, are answered in this book.

A retired manager from a large telecommunications company for more than 30 years with a BS in math and an MS in computer science from Johns Hopkins University. I have been a Christian for more than 40 years and an avid reader of Christian books. I believe sincerely in Christian apologetics and wish to share the scientific truth of the Bible and Jesus’ divinity with others.