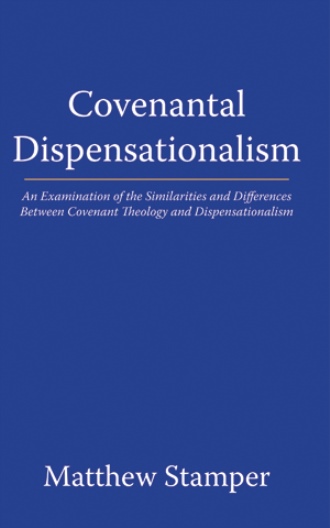 In this chapter, the idea of the Law will be addressed as it fits into the one eternal promise of God to save mankind. Galatians will be the primary text used to explain the Law’s role along with common sense. For one example for the realm of common sense, the example of murder will be given. Because the Law has been abrogated, is it therefore condoned behavior to murder another person? Of course it is not. One did not need the law to know that murder is wrong. But the Law and its peculiar intricacies served a vital purpose in God’s plan. The main role of the Law is explained by Paul in Galatians 3:10-29. To the mystery of the Church, which was unrevealed until the New Testament and reaches the fulfillment of Christ’s plans for the Jews and the Gentiles should be added the mystery of the Law, or at least its temporary nature. For the Jews did not understand Christ’s fulfillment of the Law; they believed the Law would eternally be a set of rules to follow, and even without a Temple they tried to keep the food laws, circumcision and Sabbaths. The Church is a mystery that Paul uses much space in his writings to explain, but the Law’s purpose was also a mystery, for the true waiting for promise fulfillment was not from Pentecost to the Rapture, but from Sinai to Bethlehem.

The Law and how it relates to salvation has been a point of contention between the two systems. How does one identify a saved person? Just how would one know who is or who is not elect? The answer to this question is important in understanding the temporary nature of the Law. An unfortunate part of dialogue between the hermeneutical schools is one where Dispensationalists are accused of saying that Israel was saved in some fashion by doing the works of the Law. The turning point in salvation history is obviously the death, burial and resurrection of Jesus Christ. He established His Church, and now everyone who believes in Christ as the risen son of God has eternal life. This standard establishes what one must truly believe in order to be saved. There have always been certain people who have professed these things to be true, but without believing these truths in their heart. The issue is whether that is authentic faith or just a declaration of possessing faith. While one can never know if someone else has made a true commitment to the Christian faith, at least the criteria for salvation is well understood and established. The problem is how to determine what that criteria is in an era before Christ. Each side of the argument has an explanation, but both are deficient.

Covenant Theology would grapple with Hebrews 11 to show that since the time of Abraham, salvation rested on how one looked forward to the anticipation of Christ and His sacrifice. This is a slippery slope as well because to what degree would one have to look forward and how much of the coming crucifixion could they see? How much would they have to understand and accept in order to be a member of the Church, an institution not yet in existence?

The charge against Dispensationalists is that they see salvation as how one looks at the revelation of God as presently bestowed when judging whether a person is saved. This leads to the idea of keeping the Law as a means for Old Testament saints to earn salvation; a wholly unorthodox view of salvation even in the eyes of Dispensationalists.

A guaranteed accurate measuring stick in identifying whether a person is elector o not before the full gospel was given is not possible given the complexities of the biblical record. Hebrews 11 demonstrates various ways that believers expressed their faith in God. And that is the key. Clearly Seth didn’t hearken back to God’s protevangelium in the garden and gain salvation based on a belief that one day an offspring of Eve would defeat Satan. The point the author of Hebrews makes is that faith shows itself in different ways, but always by trust in God.

Covenantal Dispensationalism reviews the history and development of Covenant Theology and Dispensationalism, along the way highlighting the strengths and weaknesses of each hermeneutical system. This work illustrates how the two sides have grown apart, and seeks to reconcile the two by appealing to common theological concepts the two schools share, as well as providing critique where one side has better evidence for a particular point of doctrine.

Matthew Stamper is a continuous student of the Bible. As of the date of this publication, he continues to pursue degrees at the Southern Baptist Theological Seminary in Louisville, KY and at Union University in Jackson, TN. He holds a CPA license from the state of Tennessee and has worked in accounting and taxation for over ten years.

Matthew’s church involvement involves short term missions, teaching Sunday School and leading Bible Study. He is a member of Central Baptist Church, a small congregation in Hendersonville, TN. He holds a Bachelor of Business Administration in Accounting as well as a Master of Accountancy from Belmont University in Nashville, TN. He is also a Ph.D. candidate in Biblical Studies at Louisiana Baptist University.

Matthew enjoys writing as well as teaching. He is an adjunct professor at Volunteer State Community College in Gallatin, TN. He also has a passion for baseball, especially the Los Angeles Angels of Anaheim. Matthew resides with his wife Maggie and two children, Taylor and MacKenzie, in the town where he was raised and currently serves the Lord, Hendersonville, TN.

Matthew is an ecumenical at heart and as a Southern Baptist seeks to reach out to groups who are often at odds theologically with one another as he demonstrates in this work. His favorite verse and the one that unites all believers is Romans 10:9, “if you confess with your mouth, ‘Jesus is Lord,’ and believe in your heart that God raised him from the dead, you will be saved.” (NIV)