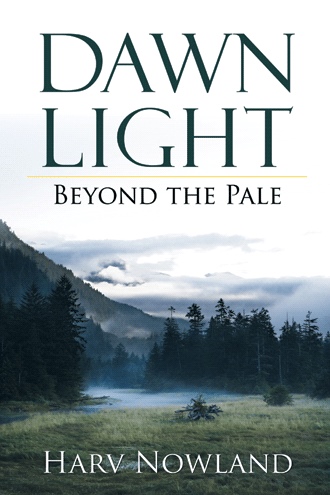 Common wisdom reveals that each of us has had some form of adversity or tragedy in our past. Even so, we must be cautious not to persist in reflecting on earlier misfortunes, lest they destroy our lives presently. Instead, it is very important to recognize current blessings, of which each of us has a portion; and by embracing those blessings we have the prospect of a splendid future.

“I’ll care for him as I know Julia would,” Cynthia said as she hugged Sean just before he left. “And I’ll tell Nathan of you and his mother every day of his life until you return for him.”

The promise that his mother-in-law Cynthia had whispered in his ear would keep calling to him through the years, yet the sorrow of losing his dear wife Julia and everything that had meaning in his life weighed heavily on Sean O’Connell.

When Sean’s wife died the dreams, visions and pledges that he and Julia had made were gone forever. Yet, through lengthening weeks, memories of his wife continued to flood his mind.

Oh, dear Julia, he thought, I know I’ve disappointed you in many ways. But, I swear on my life that I’ll fulfill my pledge to our son. I left Dawn Light behind me, but it was because I was forced to. I couldn’t take young Nathan with me just now. Oh God, you have such strange ways of directing us in your paths. Sean left Gunter’s Harbor in 1718 after he had lost his family’s Dawn Light manor—the home, land and possessions—and in the process he had illegally freed his slaves. He thought he could simply ride off and begin anew by putting more and more distance between himself and his losses. However, he found that he was unsuccessful in trying to imagine a future without his wife who had died to the fever—and now he had left his son behind also.

As Sean entered the thickets leading into the woodland forming the beginning of the great forests that showed the way to the western wilderness, another figure had fallen in silently behind him, staying in the shadows at a distance safe enough to observe without being seen.

“Until you return for him,” Cynthia had said. Of course Sean meant every word of his pledge to return for his son too, yet he had no idea what he would face or the time that might pass before his dreams became reality and he could fulfill his promise to Nathan—and Julia.

He came upon a clear shallow stream, dismounted and allowed the horse to drink. Unsaddling the horse he took a small packet from the saddle, sat down, unfolded the cloth and ate the ham and corn cakes that the Murphy’s house slave Missy had given him. He finished the food, but was in no hurry to go on. After drinking from the stream, he tethered the horse loosely and lay down on a patch of moss next to a large oak. He awoke to the hoot of an owl, sat upright with a start and in the bright moonlight saw that his horse stood close by sleeping. He thought the horse seemed to have made a wise choice, so he took the blanket from the saddle, lay back down and fell fast asleep until the nickering horse wakened him just after daybreak. Sitting up, he stretched and when he stood his back ached from the root of the oak tree that he had rolled upon. He went to the stream, splashed cold water on his face and wished that he hadn’t eaten all of the food Missy had packed. Saddling the horse he thought he caught a glimpse of movement from the corner of his eye, but when he turned to look he saw nothing so he mounted and rode on.

As he wove his way through the dense growth of trees the air was warm. The sound of songs from a variety of birds made the day pleasant and when the sun was almost at its zenith he came to a clearing. Two men and a woman were hoeing a patch of vegetables and stopped to watch Sean as he approached them from the forest.

“Good day to you and God bless those of your home,” Sean called to them as he drew near.

The men looked at one another, but the woman called out. “And a fine day it is. But, who are you—trespassing on our land without permission?”

“Aye,” one of the men shouted as though it had been his idea to ask. “Who are you and by what right do you claim to be on our land?” Sean dismounted in the hope that he wouldn’t appear to be a threat and led his horse walking toward the three.

“I mean no harm and I’ve come to see Francis Hough—a Quaker like yourselves, is what I’m thinking.”

“Hough the Quaker is it?” replied the other man. “And, why should we not think it’s some rogue of a highwayman that you are?”

“I understand and you’re right of course. In these times we must be cautious, and I’ve nothing to prove myself for who I am. But, my name’s Sean O’Connell and Francis Hough is concealing my slaves.”

“Oh—hiding your slaves he is, then you’re one of those who hold slaves,” the woman sneered. “Well then, we’ve nothing more to say than for you to turn back and get yourself from our land.”

“I assure you that I have freed my slaves and I only want to meet with Hough. We are friends, and as you can see I have come unarmed and have no shackles—I have neither rope nor chain, so I’m not well prepared to recover slaves as you can imagine.”

Again, the men looked at one another not knowing quite how to respond, when suddenly the woman screamed and pointed past Sean toward the edge of the forest.

Sean turned and saw a savage, and even from a distance Sean was confident that it was the same Indian who had helped Ezekiel and the captain a few years back when they had been beaten by thieves. Sean turned his horse about and began to walk the horse slowly toward the motionless Indian.

Drawing closer, Sean had no doubt that it was the same man. Around his neck he wore the ornamental device that lay upon his chest, a large knife was in a leather belt tied around his waist and. yes he was certain now, because in his hand the Indian held a weapon that Sean would not soon forget—the club with a sharpened bone attached to the business end.

Sean dismounted and continued walking toward the man, dropping the horse’s reins as an indication that he meant no harm. The Indian casually removed a wooden plug from the gourd that hung across his body. He drank from the gourd and then held the open gourd out, offering it to Sean, who accepted it and drank as his response of goodwill.

“I know who you are,” Sean said. “You are the man who helped my friends two years ago. I greet you in their names, Captain Murphy and Jonathan Shore.”

The man nodded his head affirmatively, but stood silently gazing beyond Sean. When Sean looked behind him, he saw the men and the woman running back towards what was undoubtedly their house.

Continuing, Sean asked, “Why have you been following me? I know you’ve been trailing behind me since I left Gunter’s Harbour.” Before he could respond, shouts filled the air and Sean turned to see a group of men running toward them. All were bearing farm tools, mostly shovels and hoes, and trailing behind the group Sean recognized Francis Hough.

Suddenly, the men veered away from Sean and when he looked back he saw the Indian slipping quickly into the forest. The men stopped at the edge of the field, unwilling to follow the Indian into the dense thicket. Hough had slowed to a walk, then stopped and bent over with his hands on his knees. Finally he dropped to the ground and Sean could see that he was exhausted.

“Francis Hough, how good it is to see you, my friend,” Sean shouted. “But, I’d ask you to call off your friends, because the savage is a friendly sort who has helped us before. Do you not recall—it’s the same savage that we told you may have saved the life of Captain Murphy?”

In the first accounting of Sean O’Connell’s life, Dawn Light: On the Chesapeake, he journeys from Dublin, Ireland to the New World to become owner of his family’s manor, Dawn Light.
Facing an attempt on his life, intrigue, and deception he struggles with Colonial culture and the brutality of slavery. Nevertheless, God provides Sean with true friendships and the love of Julia Wells.

In the second novel, Dark Shadows at Dawn Light, Sean and Julia marry. However, their dreams begin to unravel as unexpected tragedy and dark shadows begin to fall at Dawn Light. God, in His wisdom, allows us only imagined glimpses of the future.

And now, Sean must begin anew and he finds himself beyond the pale

Harvey Nowland and his wife were missionaries in Peru and he served as senior pastor in Texas, Georgia and Pennsylvania churches.

Formerly a senior staff writer with Larry Burkett and Christian Financial Concepts, Harvey has contributed to ministries including: Right From the Heart; Baptist Press; Crown Financial Ministries; and Focus on the Family.

Parents of two and grandparents of six, he and his wife Bobbie live in Gainesville, Georgia.