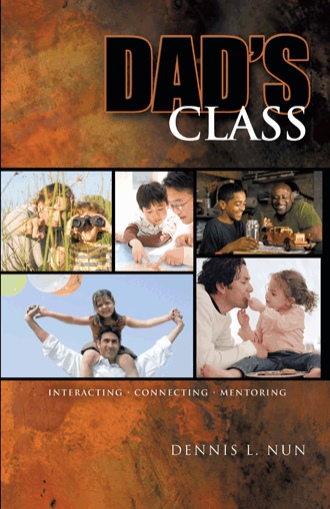 In my adult years, I’ve been stunned by how many of my peers don’t understand the basics of holding down a job or managing finances. When I encounter people who are “in the dark” about such things, I have to admit my initial reaction is “Didn’t you learn that in Dad’s Class?” But not everyone did. It’s an odd sort of blind-sightedness that we assume our experiences are typical. But what else does a child know, after all? I thought all dads wore cowboy hats and Stetson cologne. I thought all dads took their kids on breakfast dates and had thoughtful, caring talks over long car rides. I didn’t understand that some kids didn’t even know their fathers; or that some dads, although physically present in their homes, were emotionally absent.

When I was eighteen, I moved away to college. Looking back now, I’m surprised I had the courage to start a new life on my own in a place where I knew no one. But I also see how well my parents, my father in particular, prepared me for the transition. All along, he’d been telling me I had potential and could accomplish the things I set my mind to. By the time I had to face the “real world” and the discouraging messages it sent my way, the encouraging voice of my father was well-rooted and gave me the confidence to persevere. College is an intense intersection of childhood and adulthood that gives one ample time to think about both. As I settled into college life and made new friends, it became apparent that as young adults we carry much of our childhood with us. In the midst of selecting majors, pulling all-nighters, and selling our souls to any number of campus associations, we were also struggling with deeper issues. Many late night heart-to-heart conversations with friends revealed that nearly everyone I knew was dealing with dad issues. I remember hearing only a few stories of evil abusive fathers, but I remember countless tales of paternal neglect—heartbreaking accounts of children who reached out to their fathers for love and affirmation, only to be confronted by a man too afraid to say he loved them. I couldn’t believe how few of my friends even talked to their fathers on a regular basis; many people confessed they had seldom, if ever, experienced a meaningful father-child conversation.

And then in graduate school, while pursuing my master’s degree in sociology, I sat in a classroom of twenty-five feminists studying gender roles. I’ve always considered myself a Christian feminist, in large part because both of my parents made me feel empowered. My folks taught me that I could and should be an active player in the world, and I believed them. But I soon discovered I was, once again, in the minority. Since the study of sociology of gender often turns toward discussions of family dynamics, I quickly learned the sense of empowerment I felt imparted to me by my parents was not shared by most of the students sitting in the classroom. When the discussion turned to the topic of fathers, student after student around the room confessed they either didn’t know, didn’t like, or no longer spoke to their father. When it was my turn to share, I was almost embarrassed to say I actually liked my dad. I told them I respect him and he respects me. I told them my parents had raised my brothers and sisters and I with the non-sexist mentality that we could accomplish great things. My monologue was followed by silence from the twenty-five feminists. I realized in that moment that most of the people around me were dealing with a whole set of concerns that had never crossed my mind. Men and women in their twenties, thirties, and older, still torn up over the question of whether or not their dad loved them. I called up my dad after class and told him, “I just realized that along with all the other challenges we have to deal with as we’re learning to be grown-ups in the big bad world, most of the people around me are also trying to figure out if their dad loves them. I had no idea how easy I have it.”

I think what I am supposed to say at this point is that no matter how terrible of a father you’ve been, you can make it right. But I think deep down we all know that isn’t true. It’s probably accurate to say you can make things better, and I would encourage any father at any point along the way to strive to do so. If there is a rift between you and your grown child, it’s definitely worth making a phone call to begin the process of healing. But the reality is if you miss your child’s formative years, you are likely to miss the opportunity to really know him or her. While you can certainly plan for a better future, you can never go back and retrieve those magical years of childhood. As we grow older we train our hearts to be more logical and resilient, but to a child everything is monumental. To this day I am convinced I will never again drink a bigger glass of chocolate milk than I had at breakfast with my dad when I was four years old. And if I knew then that my dad loved me and had time for me, it’s a lot easier to be convinced the same is true now as an adult.

Eight rules for building a successful relationship through your own personal Dad’s Class & over 60 topics and dozens of questions to launch the learning.

“Dad’s Class is relevant to the current crisis involving the lack of parenting in our country. I would recommend it to any parent or coach as an excellent resource.”

“Of all the goals I have accomplished, being a father and seeing my children succeed has been the most rewarding. Parenting is a continual adventure and Dennis Nun’s excellent book Dad’s Class provides an invaluable map to follow that enables you to make the trip enjoyable with determination and purpose.”

– Dr. John Goddard
World Explorer - Author of The Survivor and Kayaks Down the Nile

“Dad’s Class is a concise and poignant book which reminds us of a simple truth: Dads Matter! Dennis Nun has distilled his experience and passion in an easy to read format which will help fathers strengthen their relationships with their children. Dad’s Class challenges us to review our priorities and consider how we can improve in the role of Dad. I heartily recommend this book! I know you will benefit greatly from reading Dad’s Class and using it as a tool to strengthen your family.”

Dennis L. Nun is the father of six and husband to one. He and his wife Patty were married nine years before being blessed with the first of their six children. Desiring to be a fully-engaged father, he set out to spend intentional one-on-one time with each of his children. His approach to Dad’s Class can provide you with a template to use in being the father that your children and your spouse need for you to be. www.dadsclass.com