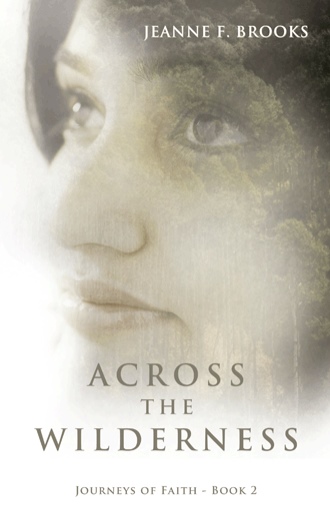 Isobel gazed out the window of the airplane, watching the fluffy white clouds gliding past the wing and pondering the changes her life had undergone. Here she was, flying with her fiancé to meet his parents in Boston, preparing for a future she never imagined could be hers. Although both she and Jason group dated during high school, it wasn’t until they reconnected, when attending the same college, that their relationship became serious. Then, out of the blue on Valentine’s Day, Jason asked her to marry him. She knew she loved him, but was surprised with his proposal because his plans entailed many more years of education. Like her, he had just graduated with his Bachelor’s Degree but, unlike her completed BS in Business Management, his major was pre-Med which meant years of medical school followed by several years to meet residency requirements.

She looked tenderly at the young man asleep in the seat next to her. Youthfully muscular, at 6’2” he towered protectively over her when they walked together, although she was 5’ 10”. Asleep, his dark lashes rested gently on his cheeks and contrasted sharply with his blond hair; the occasional soft snore puffed from his pursed lips. His high cheekbones and strong, square jaw lent an air of confidence even as he slept. She was overwhelmed with love as she gazed at him. Just two years ago they’d reconnected and immediately sparks flew.

Jason had walked into the bookstore where she was working, and asked her assistance in finding a book. When she turned to face him, she gasped in recognition and he smiled, admiring the beauty she had grown into. They both knew right away that they were meant to rekindle a friendship left dormant after high school graduation. She never did find the book, and he was no longer interested in looking. They just began talking and making plans to meet after Isobel finished her shift that afternoon.

Isobel was well-aware of the differences between them; Jason came from old money, while Isobel’s family had always lived from paycheck to paycheck. That was one of the issues that prevented them from dating seriously in high school. It was an unwritten rule in high school that you didn’t date outside your social realm. It was that Biblical injunction of ‘…be not unequally yoked’, and since the students were all raised Christian, the only inequity they could rationalize was financial. It seemed logical at the time but, in a secular college setting, seemed less important in relationships. Instead, the fact that they were of the same faith seemed more important than ever, and Isobel and Jason’s relationship flourished despite their polar differences in upbringing.

Isobel worked at the bookstore to help finance her college education, which was a goal she’d set for herself many years before while traveling with her father while he served in the U.S. Air Force. SMSgt Randolph T. Kirk had entered the service straight out of high school, toward the end of the Viet Nam War. He was sent to Japan for one tour where he met Isobel’s mother.

SMSgt Kirk never had the opportunity to go to college, choosing instead to spend twenty years in the Air Force, but it was his dying wish for Isobel to attend college. He had raised Isobel as a single parent following her mother’s death in a car accident when Isobel was just three years old. Whether from grief or the difficulties of single-parenthood, he became despondent over the years and turned to alcohol, which caused his untimely death from liver cirrhosis when Isobel was just 13 years old.

She went to live with her elderly, spinster aunt who was a staunch Christian, holding to the strict guidelines of her denomination. It was a difficult transition for Isobel, from the relaxed environment under her father’s roof, to rigid dress and behavior rules in Aunt Betty’s home. She did not allow Isobel to wear jewelry or make-up which, for a teen-ager, was a crisis. Rather than acquiesce, Isobel circumvented the rules, by carrying her make-up and jewelry to school in her back-pack. Somehow, Aunt Betty discovered her secret and was enraged at her breaking the rules. She decided the best thing was to send Isobel to boarding school, so it was off to Academy for the last two years of high school.

Academy, as it turned out, was quite different from what she anticipated. Aunt Betty made it sound like boot camp or a youth detention center that would ‘straighten her out’ and force her to follow the rules. Indeed, they taught the same inflexible doctrines that Aunt Betty followed; however, the teachers and counselors could not be everywhere, and the young people found outlets for their youthful energy and curiosity. Added to the equation was the influence of local, non-Christian kids, who attended the school from home, bringing with them knowledge of secular activities from which many of the church children had been protected.

Some students chose to explore this new world of relative freedom, trying ‘the forbidden fruits’ of unholy music, caffeinated drinks and make-up, some to the extreme of Gothic; some even tested alcoholic beverages and cigarettes. While group dating was encouraged by the staff at the Academy, not just a few paired up and some even experimented with intimacy with the opposite sex, with several being expelled after being caught in compromising situations. One girl even returned home in shame toward the end of her senior year, pregnant and heart-broken by a failed relationship.

Isobel stuck to group dating, because it was easier to interact with several others rather than trying to be in a coupled relationship. She was inherently reserved, having experienced loss at an early age, as well as changes in her life that her classmates could not relate to. Besides, there were no guys in high school that interested her. She also considered herself homely in high school; she was taller than most girls her age and of mixed ethnic background which often presented questions. Her height and thick eyelashes denied the heritage of her Japanese mother, but her olive complexion and straight black hair gave her an exotic appearance unlike her father’s Irish family. She didn’t fit in, and many mistook her for Hispanic, although she spoke no Spanish.

Isobel’s whole focus was getting to college. To fulfill her own goals and the dream her father had that she attend college, Isobel worked hard throughout Academy. Social events were usually too expensive requiring fancy dresses or tickets, so she spent most weekends studying. She took time out for the occasional group date, but her focus remained on earning good grades. Eventually her hard work was rewarded with a partial scholarship and a government grant for college; combined they covered her tuition and fees. However, she had living expenses and textbooks which were not covered, and Aunt Betty had no excess funds with which to assist her, thus the job at the bookstore.

Jason, on the other hand, was known as a jock. He participated in school government, sports, and, of course, dating. It seemed that every junior and senior miss longed to be his date for the formal dining out held every year at Academy, in lieu of the Prom or dance hosted in public schools. Jason went on all the trips and outings, even a missionary church building trip to Mexico, which took considerable funds for both travel and living expenses. Like the other Academy students, he worked his required weekly hours in the school industry. The work experience served two goals: to instill good work habits in the youth and to contribute toward their tuition, although Jason had no need of supplemental income. He never put in more than the mandatory number of hours, choosing instead to hang out with other more privileged students.

Orphaned at a young age, Isobel dreams of marriage and a family of her own after graduation from college. Her plans come to a grinding halt when her potential in-laws reject her because of her ethnic appearance. She doesn’t fit into their class-conscious, blue-blooded, American society. Broken-hearted, she retreats to the home her last living relative, Aunt Betty. When her aunt dies, she discovers a family secret: that she isn’t who she thought she was! Isobel was raised to believe she was part Japanese and part Caucasian-American, but she finds proof that her ethnicity is totally different and that her birth mother might still be living. She determines to seek out her biological family and in the process finds a heritage far greater than she ever anticipated.

Jeanne uses every free moment to write. This book is her second in the four part series called Journeys of Faith. The first, "Through the Waters", was well-received, especially by soldiers serving overseas. Besides writing, Jeanne enjoys reading, crocheting and crafts of most any kind. Married for over 37years, she and her husband split their time between the Pacific Northwest, where she works as a Physician Assistant with the Army, and St. Louis, MO where four of their ten grandchildren live.