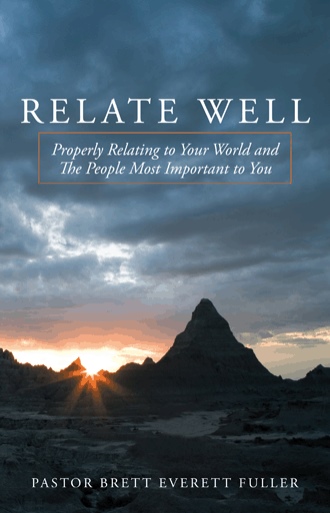 There is little question as to whether Saul’s conscience was troubled by Stephen’s execution. The grace with which he died, and the compassion he asked God to have on his murderers, was character not easily erased from memory.

Saul related to Stephen through violence and murder. Stephen related to Saul through love and sacrifice—completing that which was left as his portion God’s redemptive plan for mankind (Colossians 1:24). Upon whose conscience will your life/death be indelibly imprinted?

Day by day this devotional will take you through the lives of some of the most prominent characters in Scripture with the intent of revealing how they navigated through the pitfalls inherent within relationships. It will also cover how they related to some of life’s most difficult challenges. The lessons learned through their experience will help everyone discover the relationships we cannot afford to lose as well as help unearth the kind of people we need to become in order to preserve them.

Brett Fuller is the lead pastor of Grace Covenant Church (www.gracecov.org). From 2000 – 2007 he served as Chaplain for the Washington Redskins. He presently serves as the Chaplain for the National Association of Basketball Coaches and as a board member for Every Nation Churches. The Lord has given Brett ministerial and congregational friendships that have lasted three decades. God has enabled him to be consistent in his personal Christian witness, integral in his ecclesiastical architecture and an agent of preservation in his relationships. Brett resides in Chantilly, Virginia (suburb of Washington, DC) with his beautiful wife Cynthia and their seven children.