Book 1: Mystery of the Past 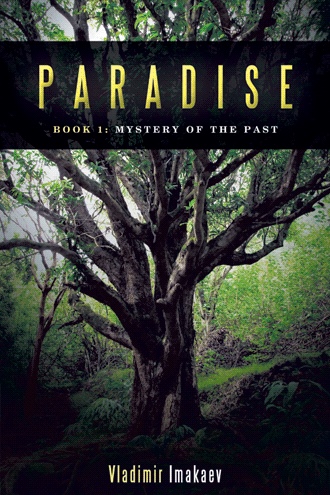 The hot evening seemed endless. Although the sun had already hidden behind the horizon, the sky still flared with red flowers.

Days were becoming even hotter, and there was no mercy for those who, having left their home, came to this land of sand and drought. An aged gray-haired traveler sat on the sizzling sand, trying to shake at least a couple more water drops out of his iron flask. He was at the point of no longer wanting anything, neither food nor drink, and even the very thing for which he had headed here with a group of explorers now seemed one big absurdity. His only desire was to fall asleep and wake up in his beloved England where there were no sandstorms, only thick fogs, dear to his heart.

He dreamed about how he would go home, sleep for an entire week, and for the next week he would wander around the streets of London, in solitude, soaking in the moisture of the fog. He would visit his sister—the one he couldn’t forgive no matter how many times taught his small parish about forgiveness. And a month later he would return to the pulpit, full of strength and determination to change the world, proving that the so-called “collection of myths and legends” points at real events and was the true Word of God Himself. <->He’d already gathered a lot of proof, and now the old camera held scores of priceless photographs. The sufferer sat on the sand, among scorpions scurrying back and forth, and fantasized how his photos would get in the biggest papers of England, and then of the whole world. Then the world would open its eyes, and everyone would understand how very mistaken they were.

“Oh, yes.” The gray-haired minister emerged from his dreams and fantasies.

“My men brought skins with water, would you like to bathe?” A tall, broad-shouldered man standing over him spoke in fluent English, his tone eager to please.

The old explorer couldn’t even dream of such luxury. He’d been surprised once again. What a strange man he was with, this fellow he’d met over a week ago in the God forsaken land. Like a guardian angel who’d come down from heaven with his three friends, showing up to protect him in the most difficult hour.

It was him they assisted in survival, while the rest of the group was dead. All fifteen men…

That last week flashed through his memory. Tuesday. A sandstorm buried two people alive somewhere in the sands of Iraq. Wednesday. A sudden thunderstorm, three more were hit by lightning. Thursday. Plotting something, five men walked behind the rest of the group and were swallowed by quicksand. Friday. From a bite of a strange insect, almost instantly, died another man. And these four who came out of nowhere had always stayed with him, as if guarding him.

On Saturday, the last surviving members of his team told him that the foursome were not men but demons protecting the mysteries of this land, and by the time he understood that, it would be too late. On that same night they had all gotten sick, and by dawn fever took them away from the fallen earth.

What if it’s true, and they are not angels? Who are they, these four mysterious strangers? What if they are demons, or—

No, that was just his sick imagination and despair painting frightening pictures…

But perhaps he had grown so insane during the last several months that he lost the ability to discern good and evil? He had stopped praying. He had become possessed with his idea. Or was it the approach of a new twentieth century affecting him so?

I must pray! Then everything will get back to normal.

He drank some of the water that was brought to him; it seemed a little salty, but his thirst was so strong that even if it were swamp water he would still have drunk it. Then he washed his face, and having thrown off his clothes, asked to be bathed from head to foot. The strange smell of the water could not spoil the pleasure he felt as streams of reviving moisture ran down his dehydrated body.

But the water does have a strange smell. Or am I getting paranoid? Insanity, it pounds in the temples as if someone is playing a drum in my head…

The Englishman bowed to the kind strangers.

Although the lower parts of their faces were covered with masks made of fine black fabric, the pastor knew they were smiling. He wanted to ask them something but, feeling slightly dazed, thanked them once more and went to the tent, wiping away traces of water from his tired body.

The pastor entered his tent and knelt. He tried to pray, but he could not say a word. His tongue grew numb and couldn’t obey.

He struggled to say something, but the inside of his mouth burned, as if a swarm of bees entered it, stinging again and again, every second. The old man fell on the floor in excruciating pain and crawled to his backpack. He pulled out a small mirror he used for shaving.

Terror gripped him. His face, still wet from washing, was covered with scarlet drops. How did he fail to see right away that it was blood, not water? Thoughts rushed through his head in a crazy stream, splashing over each other, so fast that he could only catch bits and pieces. …blood, not water… …whose blood?... …WHY!... …help…

The swarm buzzed deeper, into his stomach, covering everything on its way with bloody sores. …Blood – infected… …it is my fault, I didn’t believe them… …who are these people, why do they need us dead?... Struggling with his thoughts, the minister at last seized the one thought that was the most real, most resolute. He grabbed the Bible belonging to one of his dead friends; it happened to be in his backpack on the day he’d died and was the only memory left of the man. The edition had a small defect: it missed the second part of the book of Judges and the whole book of Ruth; instead it had empty pages, on which the owner of the Bible had been writing letters to himself, something like a diary. The minister used to think it a little too bold, almost blasphemous, but now he realized that it was the only source of information about what had been going on and what he had not seen.

The old man clung to every word, searching for salvation, but there was nothing there except for facts and descriptions of findings. Not wasting time, he flipped a couple of pages and found the day when their team was joined by the four men. The pastor read and couldn’t believe his eyes. How blind he was, trusting these strange people who never even showed their faces, hiding them behind the cloth masks. How foolish he turned out to be, telling them about all his plans and revealing secrets. He was bewitched, as the owner of the secret diary put it.

But there was a blank page, almost asking him to write at least a couple of words. He snatched a pencil and, struggling with pain, began to scribble uneven English letters.

Twenty minutes later one of the masked men walked into the tent and looked at the dead old Englishman. The pastor’s face twisted. His hands, covered with small sores, clutched a Bible in a leather cover. His eyes gone.

“Is everything all right?” asked the chief.

“He died with the Bible in his hands.”

“That’s the way it should be, he’s a minister!” And the dark chief laughed in such a way that the desert itself shuddered in fear. A lean black stallion with scarlet eyes came galloping at the sound of his laugh.

“We’ve got nothing else to do here.”

Out of nowhere, a fiery torch ignited in the man’s hand. The horseman threw it in the tent, and the tent burst into flames, like a splinter of wood placed on hot coals.

Sudden wind rose somewhere in the east, lifting dust and sand in a huge wave that swallowed the four horsemen and buried the mystery of Paradise together with its last explorer.

One of the first great mysteries of civilization is the story of the creation of the world in the Bible. The Tree of Life planted in the Garden of Eden may be more than just a myth. And if so, the country that possesses it could harness the power of eternity and be the undefeated champion of the world.

To this end, a small group that includes some of the best scientists of the age start an expedition to Iraq in search of the Forbidden Garden. But will they ever return? The path that leads to the entrance to paradise has been called “The Valley of the Shadow of Death”, and not without reason. It is said to be guarded by a host of demons under the command of the ancient Egyptian priest Siptelah, who sold his own soul in exchange for his power.

“Mystery of the Past” is the first book of the exciting trilogy, “Paradise”. Already a bestseller in Russia, it has fascinated hundreds of thousands of readers around the world. Now released for the first time in English, Christians and non-Christians can enjoy the thrilling opening of this powerful series.

Vladimir Imakaev was born in 1982 in Odessa, Ukraine. He moved to Idaho in 2003 and became a US citizen in 2007. Vladimir is married and has 2 children Angelina and Vladimir III. Fluent in 3 languages, he also has a bachelor's degree in theology from "Source of Life' Bible College in Zaporoje. His extensive experience in publicity work and missionary ministries made Vladimir a successful youth pastor in home town Sudak from by 2003 and he was keep working with kids and preaching even in USA in "The word of Truth" Church in Boise, Idaho. Imakaev discovered his passion for writing while still in high school, and has now been published in hundreds of newspapers and magazines. His first novel "Paradise:Mystery of the Past" became a Russian bestseller when he was only 24 years old. Currently, he has 3 novels published in Russia and is waiting the publication of 2 more novels in Russia in 2010. As one of the youngest successful authors in Europe, and the first ever to write Christian fiction in Russia, Vladimir Imakaev is a powerful international voice for Christianity.