If You Can't Come In, Smile As You Go By 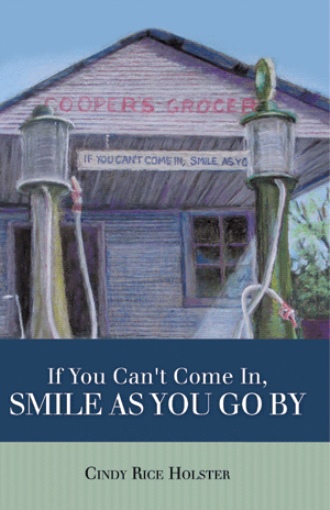 The preacher was about to begin the closing remarks...when the congregation was subjected to the all too familiar sound of the church door creaking open and slow, careful footsteps. So accustomed was the young cleric to such an interruption that he gave no indication that he noticed the unobstrusive entrance of the two women, but several of his parisioners rolled their eyes in exasperation, and a few of the children turned to look at them, snickering to each other. Every Sunday at the Brush Arbor Presbyterian Church, the Kluge sisters, Marthe and Hella, arrived for worship service at approximately ten minutes to twelve, for a service that ended at noon. No one knew why they persisted in this annoying practice...

...Benjamin saw in the full-moonlit night the unmistakable sight of that big, white horse at a full gallop, its rider goading him on faster and faster, with his head down low on the horse's neck, until one could scarcely distinguish between the horse's flowing mane and that of its tormented rider.

Coleman was a member of that very elite force...known as the Texas Rangers. He (was) reminiscent of the Rangers of old, who captured...bank robber Sam Bass and notorious gun fighter, John Wesley Hardin. From those frontier lawman roots sprung the spirit of Coleman Hastings. He was rough and stern of countenance with an overall aura of intimidation. Not given to small talk, he stuck strictly to his business and sought no one's favor. Most people, especially children, were afraid of him and that's the way he liked it.

Seeking to characterize and to vitalize life in a small, rural Texas community as it existed during the Depression, Cindy Holster has introduced in ten short stories a number of characters whose lives reflect not only the hard times they experienced but the various ways in which they dealt with them. While the stories touch on a number of issues that might be considered contemporary or even timeless—racism, mental illness, infidelity, ignorance, and intolerance—they also emphasize Christian values and morality.

Many of the characters are recurring within the stories, and some emerge as leaders. Walter and Ora Mae Cooper and their son Benjamin are identifiable by their character and compassion, and the Cooper Grocery is revisited again and again as the heart of the community. The Coopers repeatedly reach out to the members of their community and are sought out for counsel, solace, and friendship. The characters are colorful, even eccentric, and all have surprising and sometimes unsettling aspects to their lives.

Cindy Rice Holster was born and raised in East Texas. After getting married and raising two sons, she returned to school, Texas A&M University, and graduated with a degree in English/creative writing and a minor in history. She lives with her husband Jesse in a suburb of Houston.