Time In The Sun

A Record of an Incredible Spiritual Journey 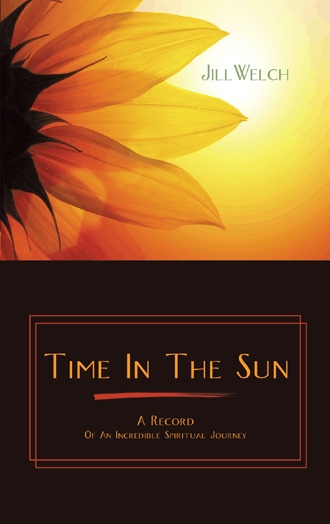 In 1994, I moved to Music City, USA. At the time, the white pages in Nashville were said to be growing by a quarter of an inch each year. Among the immigrants were, of course, the proverbial “busloads” of hopeful singer/songwriters. As evolution would have it, I became one of the inductees of an infamous group of “busload” girls. This was a group that I had decisively stayed away from for years, arrogantly insistent upon holding firm to my individuality and my illusion of being an artsy elitist.

I considered myself worthy of staying above the fray of such an assembly of women. One by one, though, these girls became an irresistible safety net of interlaced arms underneath a razor-sharp tightrope upon which my feet bled. Eventually, I became one of the “fallen.” Christened by an outsider looking in, we went down in Music City history dubbed, “The Gang.”

It is phenomenal, yet not surprising in the least to me, that just when I finally got the long-anticipated prompting in my gut to write my story in book form, The Gang takes the stage again. Recently I sat down to attempt to create an ad for a friend’s magazine using Adobe Illustrator. I hadn’t used the program in a while. So, in playing around in it, perhaps providentially, a design took shape. I had created what looked like a book cover to me. Then I heard it in my spirit, “It’s time.” A week later, Cynthia, the social butterfly and chief coordinating ringleader of The Gang, emailed a page full of Maxine jokes to the girls of The Gang. I hit “Reply All” and simply typed, “Hey gals! How is everyone?” From there, emails began flying.

It seems as if this happens every year. Someone inevitably suggests some sort of reunion. Everyone begins to draw up their pipe-dream plans of jetting off together to this or that island for a week of pilfering a native community of its very poise. But as inevitably as the creative juices flow in, they quickly flow out and fade to black. This year something feels different, and at this point there are twenty-one and counting girls in this spamorama! I had no idea! My personal circle of friends from The Gang consisted of about ten women. When you begin to add the “Well, I would have never known her if it hadn’t been for her” peripherals, it turns out the group was rather large!

Anyway, enough about them. Let’s talk about me. This is my story after all. In 1997, out of a deliriously self-absorbed stupor, I let a dreadfully underdeveloped, independently produced record loose from my affirmation-starved hands. It served as an expensive business card that landed me a legitimate publishing deal and a handful of adequate, at best, record deal offers. However, after spending almost a decade in Nashville, and despite countless “holds,” I never sold one stinkin’ song! I never got to the point of actually “inking” any of the near record deals that flaunted themselves just above reach, like the taunting toys of a crib mobile. I was the baby, too unfocused and uncoordinated to grab one.

At the peak of the country music boom, Jill Riley-Welch drove to Nashville, guitar in tow, to pursue her gift of songwriting. It was an electric time on Nashville’s famed Music Row, where Jill worked as a studio manager and staff songwriter. It was a time when anything could happen. What happened for Jill, though, was the last thing she ever expected. Jill was diagnosed with cancer and eventually refused the proposed surgery to remove an orange-sized mass, believed by oncologists to be yet another tumor. After an indescribable spiritual encounter on the night of her diagnosis, she followed an overpowering tug and walked away from that life on Music Row and into an awakening that changed everything. From stories of hanging out with country music superstars at their inner-circle parties, where five-hundred-dollar bottles of champagne flowed freely, to the narrative of a solitary walk of facing deep, hidden pain that threatened to kill her, this is the record of a supernatural voyage into Jill’s discovery of her true identity in Christ.

Jill Welch is currently enjoying the precious, first few years of marriage. She is writing songs, books and screenplays. Jill has dedicated her life to helping set prisoners of pain free by sharing her story and the things she has come to understand through stepping out of darkness and living in the Light. She serves in homeless outreach, recovery centers, women’s ministry, and youth ministry. She also works with single mothers and individual victims of rape and abuse.