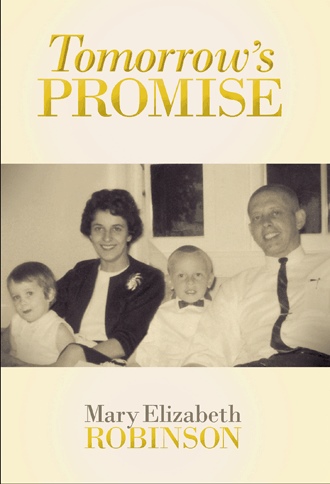 Chapter One
The Final Goodbye

Death had been a profound lesson about perfection and the lack of it in my life. It revealed new perceptions about the way I viewed life. I understood how delicate life was. We got a call in March that my brother was leaving. The cancer won its battle. It had been almost nine months since this all began. At times he believed he could wage his own war on cancer and win. We wanted to believe it too, but we knew the destruction it had already placed within him from the very beginning.

The last time we saw him was in October. We noticed then the strain on his body and his constant struggle with eating and sleeping and the pain that he never admitted to or discussed with any of us. He was always hopeful and never once complained to any of us. His significant weight loss made everything apparent. It made me worry for what was yet to come.

Donnie lived in Florida, my sisters both live in New York, and I live in Pennsylvania. We wished for more times together, but it was difficult to arrange travel. We talked a lot on the phone and through e-mails. As soon as I got word Don’s life was ending, my husband and I talked about me taking another flight down there to say my final goodbye. I was hesitant—not because I didn’t want to, but because I felt like I could not put on the bravest face ever and walk in his room and tell him anything without an emotional scene. I knew he would not want that, and I was definitely unsure if I was strong enough. I was scared. After much contemplation, I decided to go the last weekend in March.

I arrived on a Friday and flew back out on Sunday. Before my flight, I stopped by my local church and knocked on the door of my priest’s home. I explained my brother’s fate and asked if he would please ask God to bless me with the strength I needed to get through this last visit with my brother. He prayed to our Heavenly Father for His love to protect us. I thought any extra prayers would be a blessing and couldn’t hurt.

When Mary Elizabeth Robinson lost her mother, father, and brother, her life changed forever. To those not blessed with a faith-filled heart, the events might seem tragic and unimaginable. But Tomorrow’s Promise is a story of struggle turned to triumph. Mary’s faith in God revealed to her an amazing power at a pivotal time in her life, offering her comfort in a moment of supreme challenge.

There are times in our lives when God is right in front of us. Most people will never experience His presence or comprehend that life never ends until they face their own death. Mary’s story is a powerful testament to faith and its impact on our life, death, and resurrection.

The wonderment and curiosity of this life and the journey that follows after death started for me at the age of twelve after watching my mother painfully suffer and die from cancer. She was a devote Catholic and her passion for her faith was a backdrop for all of her children. It served me well. Little did I know twenty seven years after her passing I would discover a profound blessing so powerfully moving, it would change my life forever and become my purpose. The emotional pain of losing a parent, especially a loving and nurturing mother, brought an enormous shift into my life. I was too young to understand or see the forces behind it all. For so many years I focused on my broken heart, but immediately after this huge hole opened up, I was fiercely obsessed with where and if our souls continue on like promised in the Bible. Was there a tomorrow? Did my mother now reside in heaven? I was taught and learned about heaven and a life of eternity. My faith and hope in God allowed me to believe nothing else. She was in heaven and watched over my like an angel.