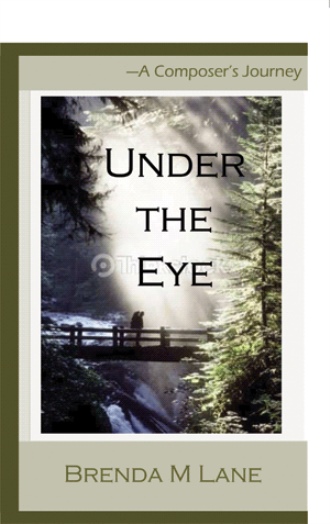 Chapter One: The Introduction

We were on the third floor of his condo. I sat on his couch comfortably, listening to the sound of paper as he shuffled the score sheets professionally in his capable hands. I pondered the fact that I was even sitting there. I was just a single mom, barely making the pennies stretch from one day to the next, certainly not able to stand with my head up in the circles that this man walked in. So how was it that I was sitting with this famous orchestral arranger? His credits included Land of the Lost, Star Trek, Medal of Honor, Ratatouille, Mission Impossible, Aeon Flux, Into the Blue, The King and I, The Siege, All Dogs Go to Heaven. In the years to come he would have his part in the score for the Pixar movie Up, which would win a Grammy. The list went on. And there he sat, Mr. Larry Kenton (or Lars, as I had come to know him), orchestral arranger; score sheets neatly in front of him, pencil in hand, scribing delicious notes all over the page. And where was his ear attuned? To my voice, my scrawny little voice as I indicated each note of the symphony that was burning in my heart, eager for the release that his hand would assure me. The music wove in and out of itself, high instruments registering their melody while the lower instruments took up their own, countered, and wove through the first. The choir was singing their parts—sopranos, altos, tenors, basses—only to my ear, but now they would finally find expression as Lars’s expertise pulled the notes from my head to the written page.

Thirty-six sheets of score paper outlined the melody. We had just begun. He sat at the piano with Christianna, their hands poised, and with a nod of his head they began playing the piece, melody chasing melody, high strings first, low strings next, weaving in and out of each other until they lined up over each other, each note in perfect accord with the next, flying into the melody where the choir took up its parts, slamming into each other and quietly coming to their end. When the song ended, both Lars and Christianna turned around on the piano bench, smiling, looking at me. Lars’s remark summed it up: “Wow!”

I couldn’t speak. The piece had been driving me insane. I could hear it so clearly, but I had no way of playing it, or scribing the notes. I had been given a gift, but I would have to wait upon the skills of others, their understanding of the gift, and the money that would fly this music into reality—more than six hundred songs.

Under the Eye traces the journey of one woman in the same condition who against hope... found it.

What our readers are saying: • "This is the story of how one woman survived hardship after hardship by coming to the realization that God is her only source. Her story continues to inspire and encourage me. I believe it is the most inspirational book I have ever read. " --Archie Jordan, Multi-Platinum, Two-Time Grammy Nominated Songwriter • "This book grips the reader to the very end. You won't regret buying it!" --Betty L Sheldon, review on amazon.com • "I just bawled and bawled when I read the part about how you were about to take your life but God was SO PRESENT!...I looooooooooooooooooove your book; so simple yet so profound." --Rachel Hyman, CEO, MySooma Productions and International Recording Artist

Brenda M Lane was born in September in a small coastal town in Northern California. She began dancing lessons at the tender age of four and spent many years in ballet, tap, and modern dance. Her parents were middle-class; her father owned an auto repair business and her mother in later years became the manager of the laundry in a large-chain hotel. They divorced when Brenda was thirteen. For most of her life she worked in secretarial situations; later earning a degree in engineering technology as a drafter/designer. Her calling in life came after she had born three amazing children; while she was in her early thirties. Surprisingly, she began writing music/lyrics in fourteen different genres with no former musical theory training. This music has been performed and recorded by many artists, including; Lila Cervantes, Vonda Beerman, Lori Glori, Christianna Kelsey, and Sarah Van Drunen. She has co-written with multi-platinum songwriter, Archie Jordan and with Nashville based writer/arrangers Kent Hooper and Phillip Keveren. She has also co-written with Lila Cervantes, Lori Glori, and Germany based writer Kai Rueter. She has been given high reviews for her music by some of the music industry greats such as; J.A.C. Redford, Larry Kenton, Jeremy Soule, Ralph Carmichael, De Roche Music and Archie Jordan. Despite seemingly impossible odds she went forward to write over 600 songs and to pen this astonishingly detailed history of God's loving, humorous, and tender intervention in her life.