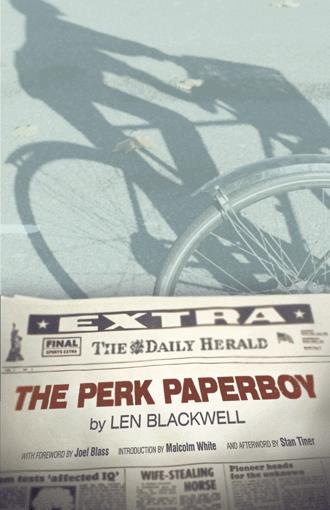 “I did not have time to read this, but once I started, I could not stop. I read until 11 p.m. and then woke up at 2:30 a.m. and finished at dawn, January 6, 2010.
This account of life in a southern hamlet, just before the horrific experience of Vietnam ended America’s last era of innocence, would be of interest to any student of sociology. But in the case of this reader, its magnetism springs from the fact that I knew nearly everyone in the Perk Paperboy a decade later, having arrived in Perk as a history teacher in 1967. I was fascinated by the sketches of the younger Dean C.G. Odom, Sydney Alexander, Gregory Davis, Sadie Lee, and so many others. C.G. hired me. Miss Alexander’s office was on the same hall as mine in the Dees Building, and Mrs. Davis showed me the squared timbers in her home that were hand hewed circa 1859 by John Perkins who gave his name to “Perkins Town.” I saw Sadie Lee stick a screwdriver in an electrical socket and melt in a flash of sparkling blue fire that did no harm because it had a rubber handle. To me, reading this was like watching the first half of a movie I had already seen the ending of.

I enjoyed it thoroughly.”

“Len Blackwell has written a warm and loving account of growing up in Perkinston, Mississippi. Readers will perceive images of Tom Sawyer and Huck Finn in the author’s adventures. It is a book for every family’s bookshelf to be read again and again.”

The Paperboy: “It was my good fortune to be in a village that helped raise me, and it was a rare privilege in that special time of growing up to see it from the vantage point of my Western Flyer bicycle, delivering the news, a kid pedaling away with my hair blowing in the breeze.”

Len Blackwell is a practicing attorney in Gulfport, Mississippi. He lives in Gulfport with his wife Mary. This is his first book.

To book Len Blackwell for a speaking engagement, contact lblackwell@cableone.net.