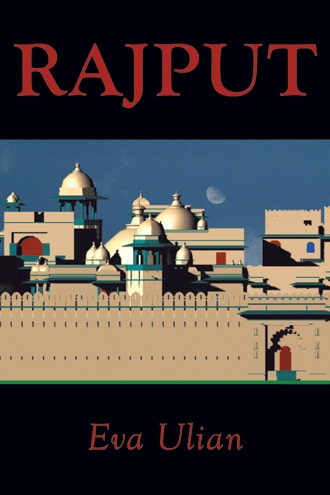 CHAPTER ONE
Prophecy of Harit Rishi
The Hand That Holds The Sword Shall Rule A Kingdom
The 7th Guhilot Ruler is murdered: Prince Kalbhoj taken to safety
NAGDA 716 AD

Silent they were. Their footsteps glided through the stone corridors weightless. Darkened figures with eyes gleaming in the night moved stealthily but not hurriedly; they were no strangers, they knew Nagda Palace well… they felt safe. They slithered through to the Rawal’s quarters and crept behind the tiger skin clad sentinels planting a dagger in the swarthy flesh before the Bhils could utter a single cry. But for the Rawal they saved the best cut, slashing his throat and severing his head from his torso, snatching it by the hair and holding it up above the bed. Seemingly there were no witnesses, no eyes to tell who had done the deed. The small bodies of the Bhils lay buried in their blood. Behind the shroud of the Rawal’s bed a Bhil, not yet a man, had been woken by a movement in the drape, he slithered on his stomach past the opening at the side and ran to his Mistress’ quarters. The Guhilot Prince, Kalbhoj, had to be saved.

The faithful Bhil had reached his Queen’s apartment and lifted the stone from the floor. The Queen snatched the young child from his bed and placed it in the Bhil’s arms who with the speed of a hare disappeared beneath the hole. The Queen dragged the stone back in its place, took one of the torches of fire and set it next to the drapes, then lying on her bed waited for the flames to consume her.

A group of horses with the dusky, small figures of the Bhils upon their backs raced through the plains into the raven night leaving the imperious Aravalli hills behind them. One of the horsemen, however, stood shoulders above the rest and his skin, even in the darkness glimmered a lighter shade. The horsemen had bows and arrows on their backs but he, a sword by his side; flashing in the folds of the dark, striking lightning as he fled. The dawn grew light and the shadows of the dark were no more as they reached the City , the tall man upon the silver steed, had come to take.

Much bustle and ado was concentrated on the plain below the fortress of Chittor around an iron pillar containing inscriptions that no one could decipher. The Bhils tied their horses and mingled in the festive crowd when an even greater flutter arose, again in the direction of the pole. A procession of horsemen strode forth in majestic gallop led by an elephant covered handsomely with gold and purple velvet bearing a figure that did not stir. Presently beside the pole the procession halted and from his lofty position Maun Mori began to speak:

“To any man who can cut our ancient fathers’ pillar with a sword, I will give half of the Kingdom of Mewar.” The crowds bustled around but no one spoke which was what Maun Mori had expected- however, if no one came forth with a claim it was not an unmistakable sign that the people of Mewar had fully, and without question accepted the Malwa Ruler as their conqueror. Again Maun Mori spoke; “Half the Kingdom of Mewar…”

“You cannot give to others what is not yours, Sire.” the tall man surrounded by the Bhils called out in a more resounding voice than the Ruler of Malwa had done. The people turned to one another in astonishment, the Ruler looked down consternated. The first set of guards moved towards the man, the Bhils swished out their arrows in a flash, the Ruler signalled the guards to retreat.

“Let’s see what the stranger has to say for himself before putting him in chains.” The Ruler of Malwa informed the guards.

“I am no stranger Sire, I am your nephew…”

“Nephew? I have no nephew that bears my name?”

“Not yours Sire, but that of your sister’s husband.”

“I am Crown Prince Kalbhoj Guhilot! And now Lord of Mewar, the Mewar that had been usurped from me and which you have since possessed.” The crowd nodded in support of the stranger also because they never had the desire to have a Ruler from another Kingdom lording it over them: having an authentic Ruler from Mewar itself was more than the people could hope for. Maun Mori sensed the surge of affection that the young prince had evoked in the people.

“My dear nephew, I cannot be held at fault for giving a leader to a leaderless kingdom.” He paused to see if his words were gaining favour, “Bear in mind Nephew, that those who slaughtered your father, deprived my noble Rajput family of a sister too.” This the uncle had shrewdly said so as not to have suspicion fall upon him.

“It did not occur to myself,” Kalbhoj smiled with irony, “that you would ever have commissioned that little affair some years back, Uncle. Nevertheless my Mother, or if you think best, your sister, did marry into a family no less noble or no less Rajput…” Kalbhoj paused and looked up wryly, “however, the lands of Mewar made the sorrow of losing a sister less painful, I don’t doubt.” Maun Mori smiled nervously. “Half the Kingdom of Mewar, did you say, Uncle?” Kalbhoj laughed with scorn, “I’m in the mood to be generous, Uncle.” He climbed a boulder next to the pillar and faced the crowd, “My uncle and I will give half of MY Kingdom to whoever can splice this pillar…” he looked around, “who will be first?” The crowd stood still in silence. “Is there not one who wants half a kingdom?” Again no one moved. “In that case I will do it myself,” Kalbhoj pulled out the gleaming sword from beneath his belt and held it vertically between his forehead.

“Wait!” his uncle cried, “is it not best to test the sword first nephew?” Kalbhoj laughed.

“Why Uncle, do you suspect it has been Jinxed?”

“Indeed not, Nephew, but rumour has it that the gods have invested a cow-herd with a sword – a special sword!”

“No, indeed. But it costs nothing to be prudent, does it now?”

Kalbhoj placed the sword length wise along his arm, the weighty handle facing the crowd. Maun Mori gave a serious nod towards the far end of the crowd and a semi-giant made his way through the masses who stepped back to make way for the lengthy strides as he stepped forward. The semi-giant bowed before the Ruler and then taking the sword held it up high and with the mighty strength that threatened to burst his veins he let it fall with a blow that clanged throughout the plain.

“Son of a King!” So the name of “Rajput” signify and the scenario where the adventures of these invincible warriors becomes enacted is “The Land of Kings” as the name of Rajasthan embodies.

A Rajput is set apart from other warriors by his chivalrous code of honor and tradition. Many are the names of valiant Rajputs that have been heralded through the ages from father to son. Many are they who fell, steel in hand so to prevent their Kingdom, Mewar, from being conquered by the invader. Many too are the Rajput women whose presence alongside their warriors shaped the course of destiny, unhesitatingly, choosing death to dishonor.

“Rajput” reads with the ease and pleasure of a work of fiction, yet every detail, inference, and fact has been meticulously researched revealing, as yet, the untold wonder of an amazing past that would otherwise be left smoldering in its own ashes.

RECOMMENDATION:
“The history of Rajasthan is so colorful, vibrant and eventful it needs to be recorded with love and care. Although not a student of history, yet the stories of valor, beauty, intrigue and war excite me. Such history as yours will be a valuable addition to students and researchers.” Neelabh Pandit, Associate Professor, English - Alwar, Rajasthan

Eva Ulian is a teacher, translator, painter, writer and since 1994, historical researcher at A.R.S. Studio of Architecture, Italy. She gained her Teacher’s Certificate from The Victoria School of Manchester University and her B.A. in English from London University. She interacts with her friends on Twitter and Facebook with enthusiasm.