Date Smart to Marry for Life 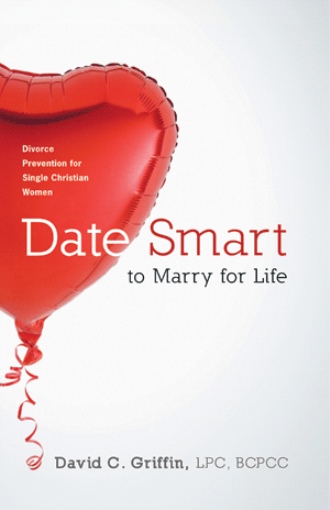 Their stories are universal. These three Christian women (Maddie, Abbey, and Isabella) were single at one time. Just like you. All three dated, were charmed and wooed, fell in love, dreamed, hoped, and prayed. Each married the man of her dreams. Then after the tinsel and wrappings of all their dreams and hopes were unpacked, the boxes were empty, devoid of the love they yearned for. With reality came heartache and despair. None of the women was able to see into the future—to predict the abuse, hurt, and desperation she would undergo. None had a crystal ball that magically revealed what her life held. They made their decisions on who to date and who to marry based on attraction, feelings, observations, what they heard from others, prayer, and hope. Why was all of that not enough?

To bring this full circle, you have to ask yourself, “What were the common denominators that ran through each woman’s decision in who she dated, continued to date, and then married? What were the conscious or unconscious attractions that kept Maddie, Abbey, and Isabella and the myriad of others from examining other dimensions in their decisions to not only date but marry?”

In Christian literary circles, most everyone knows the beginning line of Rick Warren’s record-breaking book The Purpose Driven Life:

With all due respect to Mr. Warren, if you want to date smart to marry for life,

“You have to start with you.”

To start with you, begin with the opening line in A. W. Tozer’s magnum opus The Knowledge of the Holy:

“What comes into our minds when we think about God is the most important thing about us.”

In the deepest recesses of your heart, how do you view God? Do you see Him as your own father—whether that be loving, forgiving, kind, and patient or critical, grudge-holding, inattentive, and untrustworthy? Here is one of the most beautiful understandings about God: When you place anthropomorphic attributes on Him, you limit Him. God is infinitely far greater than earthly comprehension and He is limitless.

For example, Colossians 2:13b tells us, “He made you alive together with Him, having forgiven us all our transgressions” (cf. 1 John 1:7).

Date Smart to Marry for Life offers single, divorced, and widowed Christian women exactly what is needed for prevention of heartache and divorce. This dynamic book helps you actually measure your potential suitor from biblical guidelines. It gives the “spiritual fruit” you look for in a prospective suitor, thus taking the guesswork out of “is he right for me” or “is he really the one?” It gives powerful guiding truths for “deal breakers,” to know if you need to continue on with your current relationship. It will also help you decide what you are not willing to put up with in your marriage. Finally, a book that connects Scripture to your life where you no longer have to guess about the potential of potential suitors that, in most cases, eventually leads to marriage!

David Griffin is licensed as a professional counselor at the independent practice level by the state of Texas. He is a board certified professional Christian counselor with the International Board of Christian Counselors. He received his undergraduate degree at Texas Tech University in psychology and a master’s degree at Southwestern Baptist Theological Seminary, concentrating in Christian counseling. David has been in the counseling field since 1984, minus six years with IBM, IBM Global Services, and as an adjunct college psychology professor. In 2005 he founded and developed LifeTouch Christian Counseling for First Baptist Church, Magnolia, Texas. This is his second manuscript to be published. The first was Pathways for Disciples: A Practical Guide for Christian Discipleship, published by the Baptist Publishing House, Lusaka, Zambia, Africa while he was a missionary on the field. He currently lives in Austin, Texas with his spirited and lovely wife, Susan. They have been married since 1985. They have three adult children, all living out spiritual fruit to bring glory and honor to Jesus Christ. They are his legacy.