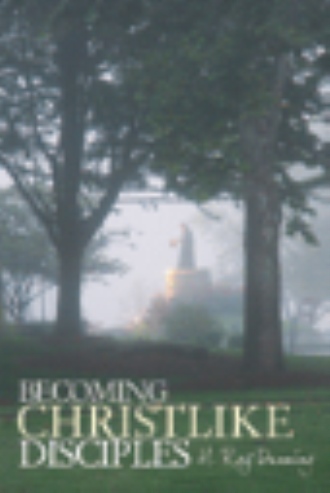 Sanctification is a big theological word. Some people avoid words more than two syllables long—especially theological words. But the real problem with this word is not the number of syllables it contains (five, I think) but the fact that there is such a bewildering variety of views as to what it means. The result is that many people are frustrated and confused and consequently decide simply to keep quiet about the whole thing. When you add the word entire to sanctification, the confusion multiplies.

First, many interpreters explain what “happens” in an experience called entire sanctification in terms of their personal experience. In preparation for writing this essay, I read several books and articles by people who professed to be providing a simple explanation of this doctrine and experience. Most of what I found was a description of the writers’ own ideal personality traits. What they were doing was seeking to universalize their own experiences, that is, make them the standard for all persons. In one particular instance, I knew the author quite well and clearly recognized my friend’s personality type in the list of results of entire sanctification he described.

But there is an endless variety of personalities, and if everyone became the standard for every other person, the result would be chaos. The real problem comes with strong, dominant personalities who “steamroll” others with differing temperaments. The unfortunate result is that people either submit to the pressure and become clones or else flee an uncomfortable situation. This kind of experience may account for many former “holiness people” who are in non-holiness denominations. What is the answer to this “blooming, buzzing confusion”? The answer is to return to Scripture as a benchmark and allow biblical concepts to determine our doctrine and experience.

Another reason for the widespread confusion in contemporary holiness churches is that the term sanctification is used in several different ways, both in theology and in the Bible. We do not seem to have much trouble with everyday language being used with multiple meanings, but we react negatively when religious language functions in the same complex way. For example, no one raises an eyebrow when we use the word strike. We simply want to know what “game” is being played. Are we bowling, playing basketball, fishing, or prizefighting? Why not take the same approach to the language of religion and ask, “What does this term mean in this context?”

This proposal has implications for where we go to find what words mean. First, we should not turn to Webster’s dictionary as the source of our theology. It records how words are used in general at the present time. Perhaps we could use a Bible dictionary or a dictionary of theology, but the best way is to trace the concept through scripture, allowing the writers’ use of the term to dictate what it means. Furthermore, we should not be restricted to the words sanctify, sanctification, and holiness. The truth of sanctification extends well beyond those passages of Scripture that use the specific terms. A whole collection of terms and concepts relate to the larger significance of sanctification. Examples are perfection, the image of God, love, discipleship, and many others less directly. We will be exploring some of these major terms in this essay.

Furthermore, one cannot point to specific texts that say precisely what popular teachers and preachers of the last generation were saying about the doctrine of sanctification. For instance, we look in vain to the preaching of Jesus for the standard terminology and structures that were standard in the so-called “holiness classics” of the 19th and early 20th centuries. Why is that?

Two reasons may be suggested. First, theology is the attempt to state the biblical message in logical form using contemporary language. In doing so it gives specific structures to Christian beliefs. In thus formulating biblical teaching in doctrinal propositions, it often uses language and formulas that go beyond the exact wording of scripture. We become so familiar with these that we are often shocked to realize that they are the product of theologians at work instead of a repetition of biblical terms and phrases. Sometimes we become so attached to these particular formulations that we resist new and different ways of attempting to recover the truth found in scripture. This inflexibility and lack of openness to new ways of understanding has been called a “hardening of the categories.”

We have to admit that this approach puts us at a disadvantage with those who insist that every religious claim must be supported by a literal statement of scripture. But we have no other choice since the Bible does not contain many formal theological statements, and many essential Christian beliefs cannot be supported in this simplistic way.

There is also a second reason it is difficult to cite proof texts for some doctrinal formulations, especially concerning holiness in Christian experience. Our understanding is not drawn from specific texts as much as from a holistic interpretation of biblical theology. As W. T. Purkiser said, “The doctrine of Christian holiness is based upon the total thrust of Scripture. It is not merely a thread or line of truth running through the Word of God. It is rather a network of teaching which is an essential part of the fabric of the whole.”

This perspective implies that we have to take a more wide-ranging approach to scripture. Rather than citing proof texts for the doctrine of sanctification, we must appeal to the larger structure of biblical theology. With this goal in mind, I want to trace some of these major themes about sanctification through the larger teaching of scripture as well as survey a variety of topics that make up the collage of biblical sanctification.

Making the connection between living a holy life and following Christ’s example of love, H. Ray Dunning provides spiritual guidance for Christians who want to grow in grace. His treatment of the joy and comfort that results from holy living is both helpful and encouraging. Inviting readers to return to the biblical meanings and descriptions of the holy life, Dunning challenges believers to cultivate a holy walk with God—and he provides guidance for that effort. His exploration and explanation of key spiritual disciplines in the life of the Christian will benefit pastors and lay persons for years to come.

From the time I first sat under his teaching, H. Ray Dunning has been the pivotal theological influence on my understanding of the Holy God. My preaching, theology, and pastoral practice reflect the shaping that took place under his influence. Read reverently, think deeply, and live gratefully.

H. Ray Dunning, former pastor, educator, and Wesleyan scholar, served on the faculty of Trevecca Nazarene University (1964—1995). In his extensive writings, including his systematic theology, Grace, Faith and Holiness, he preserves the Wesleyan heritage. Dr. Dunning, a graduate of Trevecca, earned a PhD from Vanderbilt University.