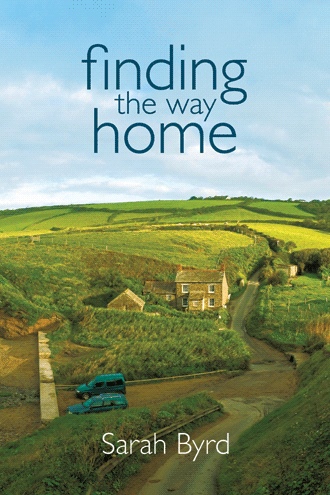 I don’t have many memories. Once, I described it to Edward as sleepwalking through life. I do remember a few things—momentary awakenings, I guess.

I remember the soft blue velour of the recliner in the family room and the way the foot rest clicked when I pushed the handle to raise it. I sat in that chair the first time I saw Anne of the Thousand Days and fell in love with another time and place.

I remember the look on my father’s face when he saw a picture of Mark Jordan and me at a seventh grade dance. What began as a secondary glance became a full, head-on stare as his face hardened in a dawning understanding. Mark’s dark-skinned arm lay awkwardly across my back. His white nails, resting casually on my shoulder, glowed from the camera flash. A single pulsing vein and a small twitch in his left eye were all that hinted at my father’s carefully contained rage.

And I remember the jade necklace that slipped from beneath the nurse’s uniform as she pulled the sheet up over my mother’s lifeless body. It was a teardrop cut, set in lacy gold filigree. It swung back and forth; an upside down metronome counting off the first seconds of the life I had dreaded since hearing the diagnosis ten months before.

When I told my best friend that I was taking this trip, she asked if it was to forget. No, I said. It’s to remember.

I always thought I would make this trip with Edward. Instead, Blair sat next to me on the terrace, both of us looking down at the fishing village below. Like a scene from a postcard, it was complete with stone breakwaters and bright red skiffs along the harbor. It was easy to see why Dylan Thomas called Mousehole “the most beautiful village in England.” The taxi driver who picked us up at the railway station in Penzance explained that we’d been mispronouncing the village name. It would read ‘Mowzil’ if spelled phonetically. My ten-year-old daughter, however, would insist on pronouncing it “Mouse hole,” as she had since the day I decided to come.

We’d come for a three-month respite. It took her smile to restore the confidence I’d lost during our journey from Washington, D.C. to the far southwest of England.

Joy sprang from her voice as she surveyed the view. “Daddy would be proud of us for being so brave.”

No one had ever accused me of being brave before, especially Edward. I won’t lie and say that, somewhere over the Atlantic, I didn’t begin to wonder if my father’s assessment was correct. Was I a fool for coming here? Blair’s words bolstered my courage, reminding me why we had come. “Yes, he would,” I heard myself say, but wondered what he’d really have thought. That was enough to push me out of my seat. I reached for her hand. “Let’s unpack and find something to eat. Early to bed for us tonight.”

The cottage was decorated with the seaside vacationer in mind, whitewashed walls and seaside knick-knacks throughout. Nothing sophisticated or fancy, it had a homey quality that put us both at ease. Edward had hired a decorator when we moved into the three-story brick house in Great Falls. Her motto, “A house shouldn’t look lived in,” meant it always looked more like a museum than a home. After years spent in a home designed to appear artful, I appreciated Wisteria Cottage.

Once Blair was tucked in, only one thing remained to be done: report in to my father in Massachusetts. I dialed the international code and listened to the hollow ring until I heard the deep, bass voice I knew so well. I took a deep breath as I closed the heavy drapes over the windows. “We’re here, safe and sound. Blair’s already asleep. I’m not far behind.”

“I still think you’re crazy to do this, Suzanne. Any decision on the company yet?”

I sank onto the bed and crawled under the blanket. “I’ve only been thinking of selling it for a month. I told you I haven’t made a final decision. Until then, Cathy has everything under control. I came here to get away, remember? I don’t want to keep discussing it.”

“I still don’t understand how you can just walk away from a business you built yourself,” he countered.

“It wasn’t by myself, it was with Edward. And he’s gone now.” I hung up with the beginnings of a headache and a promise to call again next week. Dusky light still peeked from behind the curtains when I finally closed my eyes.

I awoke first the next morning, glad to have a few minutes to think about the day ahead. Sipping coffee, I stepped into the tiny garden, packed with more flowers than I could name. Mrs. Howell had left instructions about keeping it weeded. It looked small enough to manage, even for my black thumb. Along with a stocked pantry, she also left detailed notes to help us get settled. The list read like the cast of a play.

Seeing Harry Malloy’s name beside car hire reminded me of our afternoon appointment. After our taxi ride here along a narrow, twisty road and through the maze of half-lanes and hairpin turns, I questioned my ability to drive. Continuing down the list, I shook my head at the art lessons, but silently thanked her for including a stable. Unable to ride since the accident, maybe Blair could help groom. I looked at Mousehole below me and gathered my courage to begin this summer.

All eyes seemed to be upon us as we walked downhill towards town. Did people know I hadn’t purchased return tickets? Did they know we’d left our familiar life in America because it no longer was? Did they know sometimes I felt like I might burst through my own skin? I told Blair I was holding her hand to keep her safe on the blind curves, but failed to mention the security her nearness afforded me.

As we passed a shop door, Blair let go of my hand and ducked inside. I followed behind and found her bent over, perusing through thick, bright sweaters, horses galloping across their fronts. Several rows over, two women spoke. It was like looking at the elegant, aging Grace Kelly talking to a model plucked from the pages of British Vogue.

“…must be good for business,” the older woman concluded.

Miss Vogue turned up her nose. “No doubt the invasion is in full force, half Americans, half Germans.”

A thinning eyebrow shot up. “Your work sells well enough to both, doesn’t it?”

“Too true. I don’t know whether to be flattered or insulted.” Silver bracelets on her slender wrist chimed as she stroked her glossy, honey-blonde hair.

“Hmm…” The older woman frowned. “And how is Peter?”

“Quite lovely, but far too busy. Those children would occupy him every weekend if they could.”

“I know,” Miss Vogue cut in sharply. She pulled up ram-rod straight and crossed her arms. “That’s what he’s always telling me. I’m just saying that if he had more backbone, he could say no once in a while.”

“Maybe he’s doing what he enjoys.” Her dull response suggested they’d had this conversation before.

I realized, a second too late, that I’d been unashamedly eavesdropping. The younger woman’s angry eyes locked with mine; I felt the heat rush up towards my face. Turning abruptly, I grabbed Blair’s arm and dragged her from the store, protests trailing from her like exhaust. Imagining the worst of small town life, I was certain by sundown half the village would know about the rude American and her whiny child. My dreams of anonymity faded with my good mood.

Things went from bad to worse as I maneuvered our MINI from the car hire desk through town and back towards our cottage. “Stop screaming at me,” I shouted the third time Blair cried out in fear.

“I can’t help it. You’re going to hit something.”

“Just be quiet. I have to get us back to the house. You’re scaring me.”

“You’re scaring me,” she mumbled, getting the final word. Her sulky demeanor the remainder of the ride was no match for my own, and I added one more check on the list of why coming here was looking like a terrible mistake.

SUZANNE MORGAN HAS LOST HERSELF. Peter Stewart has lost his way. Though from different worlds, grief has exposed their weaknesses and left them both searching for truth that heals.

Suzanne and her ten-year-old daughter, Blair, take a three-month trip to the southern coast of England to recover from the year’s events. As they settle into village life, they make unexpected friends who will change them forever. Eleanor Cavendish, a wise widow who shows them motherly love. Ian Hamilton, a high-strung vicar who takes an immediate interest in Suzanne. And Peter, the charming headmaster, who gets Suzanne’s attention with his tender care for Blair.

Set in rugged Cornwall, this is a story of true identity, real friendship and the nature of love.

“In a world choking with isolation, Finding the Way Home is a refreshing, restorative reminder of the power of love and forgiveness.”

“Does not disappoint…Richly-layered and overflowing with life and redemption!”

“Captures humanity in its truest sense…An absolute must read.”

Sarah Byrd is a writer, mentor and speaker. She directs service operations at an independent wealth management firm. Her greatest joy is spending time with her husband of twenty-nine years, two daughters, sons-in-law and grandchildren. Sarah enjoys cooking, word games and a good nap. She lives in Richmond,Virginia.