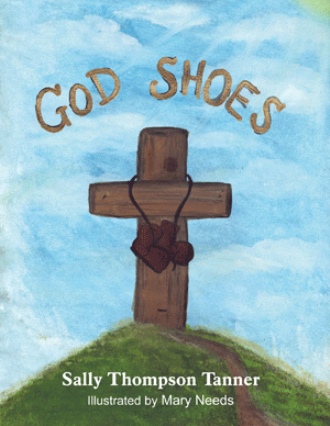 It was early evening; the first stars were beginning to twinkle, and a full moon was rising over a newly planted field. A log cabin, small and modest, sat to the right of the field at the edge of vast woods, and yellow candlelight flickered cheerfully from its windows.

Inside the cabin, a young wife slept. She was exhausted and did not stir or dream. Her hard work of the day had paid off well, as only hours earlier she had heard her child’s first cries. A long day had ended joyfully in the miracle of birth.

As darkness settled over the importance of the day, the young father came out on the porch and sat on the steps. In his arms he held his first child—his son. He hummed quietly to the babe, his heart filled with pride and love. All was well in his world. The peace of nighttime surrounded him; the new life in his arms humbled him. Awed by the magnitude of creation, he bowed his head and prayed.

Do you want to pass on values to your children?

Do you pray to raise God loving individuals?

Then GodShoes is the book you have been searching for. GodShoes is the story of a loving parent, a growing child, and an awesome God. It reminds parents that the greatest gifts we can give our children are found in the footprints we leave behind. GodShoes is a delightful tale to enjoy with your child, and to pass on to future generations.

Sally Thompson Tanner is a Christian wife and homeschooling mom. She lives in Shelby, NC on a small homestead with her husband and two children. Sally loves to speak on Christian families and Godly homes. You can find more information about the author and her ministry at godfilledfamilies.webs.com.