He That Covereth His Sins 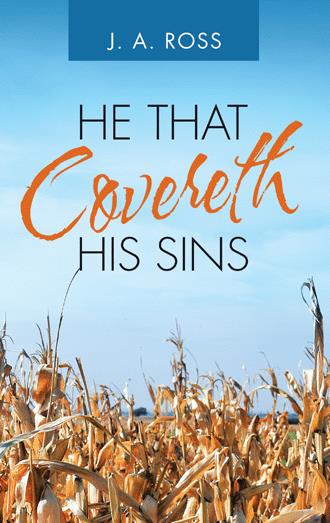 On the run after committing a crime and deserting the Civilian Conservation Corp in 1935, Harlan Jensen has been riding the rails and living in fear that someone will recognize him. Hunger causes him to jump off a train at the Meyer farm in rural West Pottawattamie County, Iowa, where he plans to work just long enough to earn a square meal and then be on his way. Elsie Meyer, the farmwife who feeds him, knows more about God’s plan for his life than he does, though. Harlan is the answer to her prayers. Just before harvest, her husband suffered a stroke which left him paralyzed and mute, so the Meyers had asked God to send a farmhand. Harlan is surprised to discover a family’s love, an unexpected romance, and the grace of Jesus. But everything in his life changes as he learns the truth of Proverbs 28:13: “He that covereth his sins shall not prosper.”

J. A. Ross and his wife Nancy live in rural Pottawattamie County, Iowa, less than a quarter mile from where his family first settled in 1869. He has spent his life listening to stories from the area’s rich history, and he draws heavily on them for He That Covereth His Sins.