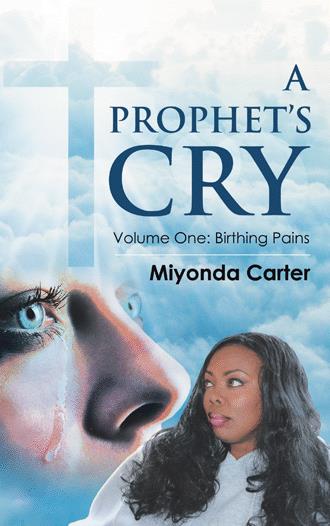 Who can find a virtuous wife? For her worth is far above rubies.
Proverbs 31:10

She is the woman whose attributes are never plastered across the front page of the most prominent magazines because her beauty is found beyond the carnal eye. She is displayed in the last chapter of a book of wisdom to be applied to our lives, the book of Proverbs. In today’s society, she’s considered a byword; an object of general reproach, often scorned because of the standard she has set in the world around her. Though she herself never set the bar, she strives for a mark that has been made obtainable for her by choosing to model her life after the word of God. There is so much that can be gleaned when reading and studying Proverbs Thirty-one, whether you are a woman or man.

I want to take the time at this moment to focus on two aspects of this woman. She is aware of her identity and her worth. When I began to really study this chapter, I realized that this woman’s characteristics were taught to a King by the name of Lemuel. King Lemuel received his instructions and teachings from his mother. As I continued to read the text it seemed to me that his mother was a woman of great wisdom. There is something great to be said about a woman whose name is never mentioned, but her teachings to her children have left such an impact that speak volumes about who she is inwardly. She names her son Lemuel which means “devoted to God”. A woman possesses great power when she finds her identity which has been hidden in Christ.

For you died, and your life is hidden with Christ in God.
(Colossians 3:3) NKJV

The key that unlocks the Proverbial Woman in yourself, or that may be in the midst of you, is held in the word of God and her relationship with Jesus Christ. I never knew my worth until I found the old me dead in Christ Jesus. The old me had to die with Christ so that new me could be resurrected through his power and his blood. When I found my identity in him, I also found my value. The secret to any woman being made whole, regardless of what anyone will tell you, is only found in Him.

Now unto him who is able to do exceedingly abundantly above all that we ask or think, according to the power that works in us, (Ephesians 3:20)

According to the word of God, there is a power that can be found within us when we acquire the knowledge of the love of Christ. It transfers from our life and influences the lives of those around us that the Father has strategically connected to us.

To know the love of Christ which passes knowledge; that you may be filled with all the fullness of God. (Ephesians 3:19)

King Lemuel, reciting the words of his mother, spoke profoundly to my spirit. As I dissected every verse in the scripture , the Holy Spirit released the affirmation of the proverbial woman within me.

"Proverbs 31 Woman" is a poetic masterpiece inspired by the Holy Spirit releasing the spirit of confidence, boldness, assurance and the ability to be secure in who and what God has declared about us in His word.

The Anointing of God covers me from the crown of my head to the soles of my feet,
Why?
Because I'm a Proverbs 31 Woman
Yes, that's right, that's me….,

I get up before the sun breaks open the day
For it is a must that I lay out before my father to pray….

To seek his will for my life
To cover my family and be a good wife….

For virtuous is my name
And I work my hands so that they don't just entertain
But they are strengthened, through his word and his plan
So, I stay connected to him
To God, not just mere man…

I prepare my household’s breakfast early as God rains down the morning dew…
And the smell of grits, sausage, bacon and eggs is a smell that can get my family to move….

My husband trusts me because of my compassion and ability to love and forgive is a plus too,
For I have studied Proverbs 31 and I know my worth is far greater than jewels….

I am like a ship with precious cargo,
I transport food from near and afar,
For I keep a loaf of the bread of life baking deep within my heart…

I nurture my children with love
But yet, I don't spare the rod
I live a life of holiness and I plant the word of God in their hearts…
For my God has trained me on what I should do…

For I am a Proverbs 31 Woman
Pregnant with the Good News….

I'm out in the vineyard
For I know there's no other way
For my Father to reach the lost and free them from being slaves….

Slaves to sin
For that is what the prince of this world will do,
He comes to steal, kill and destroy,
He comes to choke the word of God that is in you….

So, I stay dressed in the whole armor of God
For it is so vital that I guard the very gates of my heart,
Allowing in only what God has to say……

For I am a Proverbs 31 Woman
And that I intend to stay……. 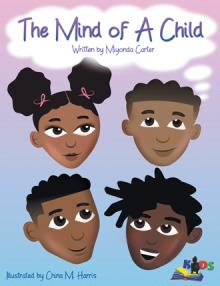 The Mind of A Child
Miyonda Carter & Illustrated by China M. Harris
$16.95

Miyonda Carter was once a new Christian, fresh from the sinful sea of life in the world. While attempting to grow in the Lord and learn the protocols of the church, Miyonda was full of zeal and passion as she embraced a new beginning as a born-again believer. Unfortunately it did not take long before she was introduced to the reality that everything she was learning in the Bible was not being exhibited within the church.

In a collection of poems, prayers, and stories, Miyonda reflects on her personal journey as she discovered her spiritual gifting, grew in God, and learned to accept his unfailing love. While also focusing on helping others grow and strengthen their own intimate relationships with the Lord, Miyonda explores how the journey of a believer can be discouraging at times while providing encouragement and hope for spiritual seekers craving deep introspection that goes beyond the shallowness of regular church services and weekly Bible studies.

A Prophet’s Cry shares inspirational poems, prayers, and personal stories that will lift others up to embrace God’s power and grace and break the barriers that stand between us and an intimate relationship with our Father.

Miyonda Carter is the mother of five amazing children and an ordained minister of the gospel. Her passion resides in building kingdom women and assisting them in discovering and fulfilling their kingdom purpose. Miyonda is a powerful and anointed teacher of the word of God, a motivational speaker, a spoken word artist, and devoted member of Relentless Church in Greenville, South Carolina.