Faith Is Not Blind

Learning to Love the Lord with All of Our Mind 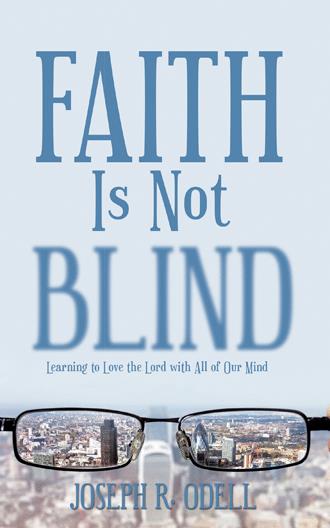 You know the story.

Danielle grew up in a solid, loving Christian home in America. Her parents made sure that she went to church, Sunday school, and Wednesday night activities. She spent summers in Vacation Bible School and church camps, listened to Christian music, hung out with a good crowd at school, and by conventional measures was an all-around good Christian kid.

At college, despite the fact that her parents had kept her immersed in a Christian environment at home while allowing her to be “in the world, but not of it” by going to a public school, she was seemingly overwhelmed by assaults on her faith. She was suddenly exposed to people who spoke very differently from those she had known before. In discussions, these people assumed nothing, they demanded evidence, and they questioned propositions she had accepted her entire life.

She found a host of questions about her faith for which she could not give an answer: Why did God order genocide in the Old Testament? Does God not care about the person on the island who has never heard of Jesus? If Jesus died for everyone, doesn’t everyone go to heaven? Don’t you know that you are a Christian only because of where you were born? Isn’t it arrogant to think that you have all the answers? Don’t you believe that there is truth outside the Bible? Didn’t you realize that the creation myth in the Bible is very similar to the creation myths of other cultures?

The challenges were personal, intellectual, moral, and emotional, and she didn’t have answers to them—because no one had ever talked about those issues with her. Danielle realized that she believed what she believed simply because that’s what others had told her. With no personal intellectual development of her faith, she was not only unable to answer the questions, she also felt her confidence in her faith weaken as well. Over time, she came to respect Christianity for what it taught about love and respect for people, but she didn’t feel the need to conform her life to its moral teachings or to look exclusively to Christianity to define her spirituality. After all, to do so would be arrogant and foolish.

Who is to blame? Danielle never made her faith her own, so it is easy—and honest—to blame her. But there were others along the way who had a responsibility to develop her faith and worldview but did not: parents who outsourced faith to the church; Sunday school teachers who turned the Bible into a pack of moral lessons; youth leaders who emphasized the entertainment value of the group and events while cramming a motivational “Christian” speaker into halftime of the Super Bowl party; pastors whose sermons were lists of ways to make your life better; a church community that demonstrated that having a good image was the most important thing; a college ministry that resembled a dating circle more than a Christ-centered fellowship. All of these failed Danielle in their responsibility to stimulate, motivate, and educate her in the faith she claimed to have.

Why did these leaders and groups fail to build Danielle up in her faith, to equip her for her future, and to prevent her from being swept away? The reason is simple: they could not teach her what they did not know themselves. Their backgrounds, experiences, and cultures didn’t demand intellectual and spiritual rigor, so they either did not know the importance of teaching her about those areas or they never exerted much effort themselves to learn about them—and thus “the sins of the fathers are visited upon the third and fourth generations.”

The solution to this problem is to have spiritual leaders who are rigorous in their own spiritual and intellectual lives. Parents who catechize, youth pastors who know church history, pastors who think critically, and mentors who know the lives of great men and women who went before us.

What we’ll see in the following chapters are the common failures of spiritual leaders—parents, pastors, youth pastors, and others—in their opportunities to influence succeeding generations. We’ll also see areas in which leaders can develop and pass knowledge on to those who follow. All leaders need to exercise spiritual disciplines to grow in different areas. Then, when the opportunity arises for them to help younger Christians grow in their faith and lives, they can answer the call with confidence.

How do we love the Lord our God with all our mind? Too rarely do we consider how we should honor God in this way.

Faith Is Not Blind gives a road map so you can answer four key questions: What do I believe? Why do I believe it? Where did those beliefs come from before I heard them? Is that good enough?

By the time you reach the end of the book, you should be motivated to grow your faith in understanding and know where to begin that journey and, soon after, be prepared to help others do the same.

Joey Odell is a US Army Chaplain with experience in churches of all sizes, military organizations (to include West Point and Special Operations Forces), and the civilian workforce as a blue-collar employee and manager. A husband and father of twelve (yes, 12, that’s not a misprint) children, he has a passion for helping people understand their faith and pass it on to others. As a clergyman in the Anglican Church in North America, he loves the worship of God, building up God’s people, helping the hurting, and bringing the good news of Jesus Christ to everyone. He has a Bachelor of Science in Chemistry from the United States Military Academy at West Point, NY, a Master of Arts in Psychology from Morehead State (KY) University, and a Master of Divinity from the Southern Baptist Theological Seminary in Louisville, Kentucky. He has published psychological research, won chess tournaments, and dominated karaoke night. This is his first book.