The Seven Feasts of Israel and the Messiah, 3rd Edition 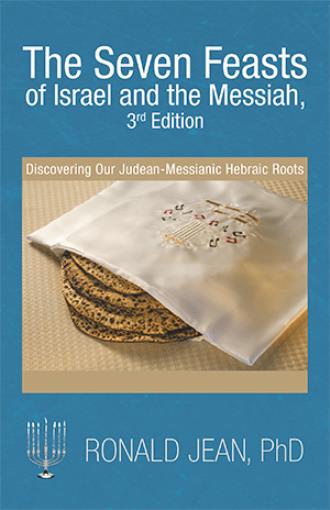 Questions on the feasts have received increasing interest among Christians (messianic). It is discomforting for some Judean Christians to leave their cultural practices and do as other Christians in the cessation of feasts. Some Christians believe that they have been ignorant about God’s will for not practicing the feasts. As Christians, shouldn’t we ﬁnd a path to unite eﬀ orts to work for the common good? Shouldn’t we be striving toward having a common view? Hopefully, we can accomplish this by considering the topic of the feast through the lens of scripture.

Before continuing to read, keep in mind the eﬃcacy of prayer, humility, and willingness to live for God. These are the essentials for every Bible study. Reading for knowledge is useful for awareness. However, personal conviction is the work of the Spirit. It is therefore crucial that the reader prayerfully considers each section of this topic.

Another critical point in the discussion is the authority of the Bible. This thesis makes the Bible its primary authority on teachings and historical remarks. The Bible alone has become the source by which all Christian views are compared. Sometimes the scriptures’ factual statements get reinterpreted or abrogated to align with one’s interpretations of symbols and ritual practices. We must refrain from this practice. Scriptural, historical facts are unalterable and should not get abrogated, ignored or interpreted to align with an eisegesis. This stance may not sound valuable until one meets up with those who have these diﬃculties.

As we gravitate toward defensiveness, it becomes eﬀortless to formulate judgments via emotions. While we are defending a point, we don’t stop to smell the roses. Sometimes our desire to be justiﬁed carries us away in a tunnel, where it becomes diﬃcult to ﬁnd our way out. Many times, we allow our circumstance to inﬂuence our understanding. Occasionally, the way we read a situation depends on our perception of the desired outcome. We program our answers to reﬂect our experiences and a projected outcome.

Christian unity has been the goal of many Christians. That integration can be achieved through the written Word, the Bible. Not all our spiritual friends believed in the Bible and the Bible alone. For example, there are those who are established by modern prophets, apostles, messiahs, and historical records as an additional or equal basis to the Bible. It is diﬃcult to have unity in understanding when what most of our religious authorities can accept varies so greatly. Minor variations are acceptable; however, we can demonstrate love and tolerance amid variance. Although we speak from diﬀerent spiritual perspective, we can appreciate one another in areas of agreement; we can love and respect one another despite our diﬀerences. In part two of this book, we will look at God’s plan for the dispersed and forgotten Israel. Among the forgotten are four notable remnants: the Lemba, the Ibos, the A shanti, and the Falasha some of who are known to practice Judaism. This section takes you through the history of the dispersion from its ﬁrst diaspora from Samaria to the present-day locations of the descendants. Most of Israel is lost among the nations of Africa and was subsequently spread throughout the world. Israel is still in captivity and away from their homeland. In this section, we note most of the places where Israel is dispersed.

This treatise is not a history book. Although this is not an exhaustive treatment on the subject, what is said is historically and biblically documented. However, the interpretation of history sometimes depends on the beholder. Therefore, I recommend that the Bible be used as the authoritative history book for telling Israel’s story.

There has been a growing concern among Christians about the Feasts of the Lord (YHWH. Our species is a party type of animal. We love festivities. As sociable as we are, life would lack the spark of joy if we did not socialize on a regular basis. It must be understood, though, that not all of us socialize in the same way. For some it’s talking; for others, it’s playing a game. Still, some socialize on the philosophy of some unknown to bring about a resolution. For some, it is to watch; others, it is to cheer or sing. If we are left unchecked, we will, “as it is written … sit down to eat and drink, and rise up to play” (1 Cor. 10:7). Can we use these various forms of interests to celebrate the Lord’s feast? Maybe not, but if we improvise to mimic the ancient feasts, perhaps we can celebrate without contaminating the holy order. Without improvisation, we are stuck with the Old Testament laws. As Christians, what should we do? Should the same names and dates be retained and modify the rest to taste? Should the ancient rituals be shadowed strictly (see Appendix C)? Or do we do nothing?

The term “feast” as presented in English has various meanings in Hebrew (Pick, 1977). In Genesis 1:14, the Hebrew word for a feast is “mou-aide,” meaning appointed time or ﬁxed season or times of gatherings. In Genesis 26:30, the Hebrew term for feast is “mish- teh.” Here, it refers to a festival. In Exodus 10:9, the Hebrew term “khawg,” as used for feast, designates a solemn meeting with sacred implications. In many other places in the English scriptures, these terms are used like homonyms. For example, sun and son or hear and here can only be diﬀerentiated in context while speaking or in writing. In Leviticus 23, both “khawg” and mou-aide are used for the term “feast.” Any appointed time for anything can be termed a mou-aide. However, if a feast involves a solemn meeting with sacred ceremony, it is called a khawg. If the feast is mainly about eating and having some fun, it is a “mish-teh.”

Scene after scene, we are surrounded by the theatrics of the passion. The panorama begins as Israel performs seven solemn, ritualistic feasts pointing to the dismemberment of his physical and spiritual captivity. The messianic application to Israel’s memorial feasts is central to his preparation to enjoy his long-awaited eternal freedom. In The Seven Feasts of Israel and the Messiah, 3rd Edition, Dr. Jean explores the purpose of the different sabbaths given to Israel and how each point to a unique aspect of either creation or redemption. The gospel to the chosen people is explained in a unique and fresh perspective. Tracing the path of their dispersion, punishment, and re-acceptance is clearly mapped. God’s latter-day program for the chosen people can now be seen from clear messages from the Bible. Considering the topic of the feasts through the lens of scripture, Jean describes commonalities and differences of feasts religions recognize, providing an important historical and spiritual viewpoint.

Ronald Jean (B.S., Biology, Florida Memorial University; M. Ed. in Health and Wellness, American College of Education; PhD, Theology, Jacksonville Theological Seminary). He is a minister of the New Covenant with twenty plus years in its cultural experience. Although he speaks in churches of various faiths, he serves on the board of directors of Immanuelites Advent Herald Ministries. Jean lives in Florida with his wife and two children. He is also the author of The Judgment and the Sanctuary and Reaching for God’s Kingdom Basics.