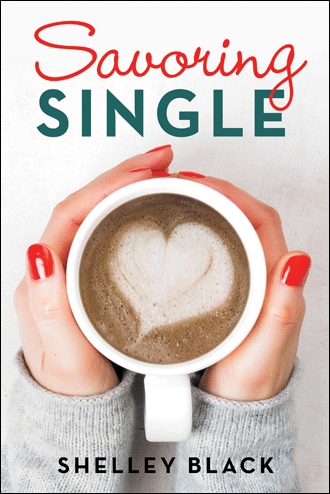 I flew on my first airplane when I was eight years old. Alone. Yes, you read that right. Alone. Granted, it was in the early nineties when flying regulations were much simpler and the world felt like a safer place. My parents checked me in for my flight and walked me all the way to the gate where I boarded the plane. I was headed to visit my BFF, who had moved out of state, and my age didn’t seem like any big deal at the time.

I wasn’t nervous at all. My sister bought me a bag full of candy and the sweetest advice to chew gum during take-off and landing. She assured me that the gum would help keep my ears from popping. I wasn’t even sure what that meant, but was happy for the free candy. I packed my Peter Pan sleeping bag, a diary, a pair of denim shorts covered in daisies, and with a full bag of candy in hand, I flew into the first of many adventures, alone.

Not only was I not nervous, I also didn’t realize I was alone. I left the loving embrace of parents in one state only to be welcomed into the comfort of friendship in another. The two-and-a-half-hour direct flight in between felt like only minutes. The adventure was exhilarating. There I sat with my very own bag of peanuts, pillow and blanket, all provided by the airline. I soaked up every last drop of wonder, recirculated air and Sprite while I spent those few hours gleaming, as I watched out my window at the world below.

This scenario has played out a hundred times over in my life. Of course, I wasn’t eight years old for all of them, but have been on many adventures, traveled across the globe, soaked up wonder and headed fearlessly into the unknown. And many of these times, I have been alone.

Alone didn’t feel like a bad thing until I got older. For most of my seasons it all felt like it was just part of the adventure. But then I saw other friends having similar adventures, now sprinkled in with new ones like boyfriends, engagements, beautiful weddings and children.

In light of these, my adventures seemed to fade in comparison to the seasons of life they were already living. Life seemed to lose a bit of color like the photo filters that mimic vintage photography. They’re fun as an option but lose their appeal when your whole life seems to become colorless and flat.

My life has been like two hills with a valley in between. When I was

eight years old my world was full of love, life and adventure; this would be the first hilltop. My life now is filled just the same; this would be the second one. The valley in between has been just as full, I just failed to recognize it. I missed out on enjoying it fully because I was convinced that I was missing something by being single.

It was in that valley that most of my days seemed dark, sad and lonely. Because I felt alone, I looked to myself as the one to blame for my singleness, as though I had messed up God’s plan for my life. When those excuses ran dry I began to blame God. I felt like He had rejected me. I believed that I wasn’t good enough to marry one of His sons and that my singleness was proof of my unworthiness. This contradicted the belief in my heart, so when it became hard to blame God, I blamed my local church. It was small and lacked eligible bachelors. The list goes on and on. So did the days, months and years of living life lack luster with an overlay of disappointment and belief that I was missing out…

My hope is that as you read this book, it will silence the doubt and fear about your single season and provide you with a more solid foundation so that the pit is filled in before you ever fall into it. You can walk between both hilltops of being loved without experiencing the despair in between. That doesn’t mean life is going to be perfect or that you will never feel lonely, but your perspective will fill in the gap and keep it from getting dangerously deep.

I have learned that being single is okay. It doesn’t mean that something is wrong with me, that I missed my opportunity or that God is punishing me in some way. Being single is simply a part of life. How I live that life, however high or low, is completely up to me.

Why savoring single? Because you were meant to enjoy it!

Finding purpose, knowing love, and experiencing adventure aren’t reserved solely for the married girls! You can enjoy a full and vibrant life even while being single. It’s also a perfect time to partner with what God wants to develop in you through this once-in-a-lifetime part of your journey! Girl, being single is okay. There is a purpose for it, and it won’t last forever. So savor it!

Shelley has journeyed through being single longer than she expected and has since found joy, hope and purpose from a once begrudged season. In her debut title, she challenges the status quo of what it means to be single as a modern-day Christian female, with a passion to infuse hope and restore joy to every single-girl heart.

If you are tired of reading books for singles because they usually fixate on just being single, dating or preparing for marriage, this book will be a breath of fresh air. In a refreshing way, Shelley offers a practical approach to becoming God’s best version of you for the rest of your life, whether single or married, preparing you for all your seasons to come.