The Biblical Path of Life 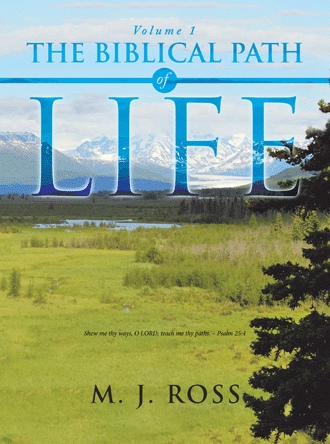 Today we see that the people are beginning to see the fulfillment of God’s chastisement on them. Miriam died. Remember that everyone twenty years old and older would die in the wilderness because they refused to trust God and enter the Promised Land when God told them to go.

Living in the wilderness, a desert land, they found they once again had no water. Immediately, the people went to Moses and Aaron. “And there was no water for the congregation: and they gathered themselves together against Moses and against Aaron” (Numbers 20:2). But notice, “they gathered themselves together against Moses and against Aaron.” Then they once again begin to complain (“chode”). “And the people chode with Moses, and spake, saying, Would God that we had died when our brethren died before the LORD!” (Numbers 20:3). Moses and Aaron immediately took the complaint to God. God answered them. “7. And the LORD spake unto Moses, saying, 8. Take the rod, and gather thou the assembly together, thou, and Aaron thy brother, and speak ye unto the rock before their eyes; and it shall give forth his water, and thou shalt bring forth to them water out of the rock: so thou shalt give the congregation and their beasts drink” (Numbers 20:7–8). They were to take the rod, gather the people, and speak to the rock. Remember, the rock is Christ, and it followed them in the wilderness. “And did all drink the same spiritual drink: for they drank of that spiritual Rock that followed them: and that Rock was Christ” (1 Corinthians 10:4). Then God would give His people water to drink.

Moses and Aaron gathered the people. Moses took the rod, lifted up his hand, and smote the rock twice. Water came out, and the people and their beasts drank. But take notice that Moses did not obey God exactly. What had Moses done wrong? “11. And Moses lifted up his hand, and with his rod he smote the rock twice: and the water came out abundantly, and the congregation drank, and their beasts also. 12. And the LORD spake unto Moses and Aaron, Because ye believed me not, to sanctify me in the eyes of the children of Israel, therefore ye shall not bring this congregation into the land which I have given them” (Numbers 20:11–12). No one else noticed there was a problem. But God spoke to Moses and Aaron and revealed His displeasure. Moses and Aaron would not bring God’s people into the Promised Land. Notice that God did not say that they had not believed God. But Moses and Aaron knew. Do you? (God told him to speak to the rock and instead he struck the rock twice.) We find that God said Aaron would die because of his disobedience, and his son Eleazar would become the high priest of the people. (Numbers 20:23–29)

Aaron died, and the people mourned him for thirty days.

The journey once again became difficult, and the people’s response to that difficulty was to complain. “And the people spake against God, and against Moses, Wherefore have ye brought us up out of Egypt to die in the wilderness? for there is no bread, neither is there any water; and our soul loatheth this light bread” (Numbers 21:5).

God had delivered them from a land of bondage and provided them with food and water, yet these were their very complaints. They spoke out against God and against Moses. What was God’s response this time? “And the LORD sent fiery serpents among the people, and they bit the people; and much people of Israel died” (Numbers 21:6). It wasn’t until the fiery serpents were biting them and killing them that they realized that they had sinned against God. They came to Moses, admitted their sin, and asked Moses to pray unto the Lord to take away the serpents. And Moses prayed for the people. God told Moses to make a fiery serpent and put it upon a pole; anyone who would look at it would live. Moses obeyed, and all who looked at that fiery serpent on the pole that had been lifted up did live.

7. Therefore the people came to Moses, and said, We have sinned, for we have spoken against the LORD, and against thee; pray unto the LORD, that he take away the serpents from us. And Moses prayed for the people. 8. And the LORD said unto Moses, Make thee a fiery serpent, and set it upon a pole: and it shall come to pass, that every one that is bitten, when he looketh upon it, shall live. 9. And Moses made a serpent of brass, and put it upon a pole, and it came to pass, that if a serpent had bitten any man, when he beheld the serpent of brass, he lived. (Numbers 21:7–9)

Note: When Nicodemus came to Jesus by night, Jesus told him how to be saved. Remember that Nicodemus was a Pharisee, which meant he knew the Old Testament history. Jesus took that knowledge and helped him understand what it would take for him to be saved. The people in the wilderness sinned against God when they rejected Him and desired things God had not given them. They were dying because of their sin. To be saved from death, they had to believe that looking to that serpent on the pole would give them life. It took the same faith as the Israelites had in the wilderness to look at that serpent on the brass pole for Nicodemus to believe that God’s only Son, Jesus, would be lifted up. That faith in Him would be the only thing that could save him. “14. And as Moses lifted up the serpent in the wilderness, even so must the Son of man be lifted up: 15. That whosoever believeth in him should not perish, but have eternal life” (John 3:14–15).

The Biblical Path of Life is a study designed to help anyone understand how simply yet intricately the Bible is put together. It is a study for:

an individual,
a family,
a small-group Bible study, or
a Sunday School program for all ages.

The Bible is the most important thing we can know, and it specifically reveals what God expects from His people. But many can find the Bible difficult to read or understand. Yet in order to know how to live a Christian life that is pleasing to God, we must first understand what His Word says.

The Biblical Path of Life Volume 1 is:

year one of a three-year study going completely through the Bible
Begins with an overview of the Old Testament
It is a simple, historical, chronological journey through the Bible
It compares Scripture to Scripture
The lessons reveal Jesus and how the Bible is applicable to everyday life

Learn foundational truths that God showed his people from the beginning of time–truths that you will see echoed and fulfilled by the familiar word of the New Testament. And with these principles of the Bible, you can apply them to your own Christian life and become more like Jesus.


M. J. Ross taught the Bible for many years and learned that there were many people who didn’t understand God’s Word. This realization was the basis for The Biblical Path of Life. After using this study to teach the Bible, many hearts and lives were changed because of the understanding of how the Bible fits together with a purpose – to reveal Jesus. M. J. Ross currently lives in Oklahoma.


“The Biblical Path of Life is a wonderful resource for anyone who wants to understand or to teach the Bible. Its format makes it easy to know the message of each book of the Bible and how that book fits into the overall theme of scripture. It is without reservation that I recommend this resource for use in any Bible Study setting, particularly in Sunday school and discipleship training.” ~ Pastor John Wylie, Rehoboth Baptist Church, Claremore, OK

“I now understand how the Bible fits together! I have studied through the Bible using this curriculum four times and each time I come to a deeper understanding of the scriptures!” ~Mary, Oklahoma

“…This 3-year Bible Study program is a breath of fresh air amidst the typical swirl of Bible stories lacking connection to God’s Word as a whole. My own daughters ages 14 and 12 have gone through the Bible from cover to cover three times (using The Biblical Path of Life). … Going through the entire Bible has helped me get out of reading my favorite passages over and over. And now I understand my favorite passages so much better because I understand more how it all connects … We see the Lord Jesus everywhere in the Bible! …” ~Jody, Oklahoma

“Having grown up in church, traveled, and taught in different churches, I have taught from several different Sunday School curriculums. The Biblical Path of Life has by far been the most in depth and chronologically on track curriculum I have learned and taught from. There is far more knowledge in the material per lesson than any other curriculum I have used. The whole curriculum is Christ centered, a program of study, and simple to use. Designed for the teacher and student to absorb and learn from and is extremely recommended.”~ Justin, Oklahoma

“You will find in this series of Biblical studies the most conservative, literal, deeply foundational truths of the Holy Bible. Our church, Rehoboth Baptist of Claremore, OK has used The Biblical Path of Life studies for the past twelve years for our children and … for our Adults for the past seven years bringing our Bible Study program into a Family Bible study for the whole church. I highly recommend this study to bring your Bible Study program together as a family in unity.” ~ Wayne Keely, Pastor

M. J. Ross taught the Bible for many years and learned that there were many people who didn’t understand God’s Word. This realization was the basis for The Biblical Path of Life. After using this study to teach the Bible, many hearts and lives were changed because of the understanding of how the Bible fits together with a purpose – to reveal Jesus. M. J. Ross currently lives in Oklahoma.