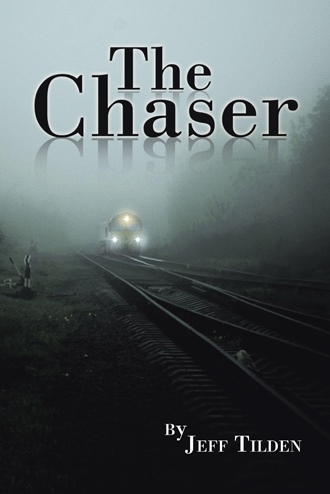 There's something haunting my dreams. I know what it is, but I'm too afraid to face it. I see the shadow of a train howling and screaming, but at the same time lights are burning in my eyes keeping me from seeing the madness. The image of the rushing cars sweeping by me continues to play over and over again. The aftermath isn't real, or is it? Truthfully, I don't know anymore. It’s quite possible that I'm starting to go insane. Is this how sane people feel before they slip over the edge? I want this to be fixed, but I'm starting to wonder if I really even care.

These are the thoughts that were infecting my mind. Sometimes the one running to help is really the one in need of the help. A smart man told me that, but at the time he told me I had no idea what he was talking about. I was in college, 21-years old, and I was considering a big change in my life. I wasn't happy with the career path I was marching towards. Truthfully, there was no plan, no job lined up, no entrepreneur in the family to schmooze in with. It was just me. My name is Julius Talbot and I'm a compulsive liar. It’s not that I lie to people. In fact, I'm usually quite honest. I lie to myself, and that's why I have a story. I don’t know why I do it. Perhaps it’s a hidden optimism that resides deep down inside of me. The true reason is more likely that I’m afraid. I fear the dark side of life, but at the same time I try to fix it in others.

For so long I had suppressed a truth, a truth that haunted me. It riddled me with guilt, but over the years I had started to doubt. I wondered if the truth was real, or if some supernatural force was playing games with my mind and emotions. If it was real, it's been well hidden. Either way, I was beginning to understand that I had to face it.

Everyone has a story as sojourners in this life. The story isn’t always easy. It can be tough, chaotic, and sometimes just outright dark. However, it can also be beautiful and a partial reflection of the glory that awaits with the Father. This tale shows the balance of life’s darkness and beauty. Ultimately, it is a story of hope and a story of love.
The Chaser follows the narrative of Julius Talbot, a young college student with aspirations of becoming a filmmaker. Julius feels like he has been haunted by bizarre nightmares his entire life. As he gets older, his dreams begin to say something to him. He begins to believe that his nightmares are actually showing him real-life events.
As a committed Christian, Julius makes the connection of his dreams to spiritual warfare. His journey takes some trying turns when he befriends Dexter McKay, an elite college quarterback. Dexter is also haunted by something unseen. Always feeling compelled to go out of his way to help others, Julius is plunged into some dark times after he meets Dexter.

For the last 13 years, Jeff Tilden has been working in full-time Christian ministry. He has served in numerous roles on church staffs and as a U.S. Army Chaplain. He has deployed to Afghanistan and earned a Bronze Star. As an avid blogger, he has continually cultivated his passion for writing, which also includes some experience writing for television. Jeff is a graduate of Southwestern Baptist Theological Seminary. He and his wife Stephanie, reside in Clarksville, Tennessee. They have two children, Karis and Silas.