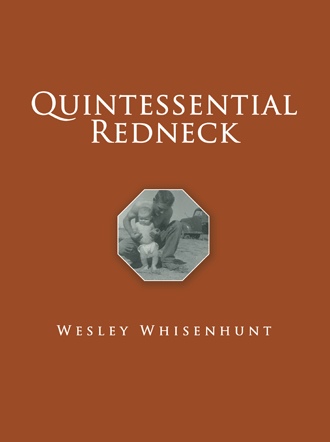 .. I still remember where I was the first time somebody asked me if I had ever heard of the Beatles. I was standing out in my cousin's pasture underneath an elm tree near a waterfall, and I laughed. I told my cousin that beetles didn't make any noise that I knew of. They told me it was a band. Puzzled, I asked why a band would name themselves after a bug.


Another cousin said it was a rock band and a lot of rock bands used drugs; maybe that was the reason. I had to ask what drugs were. They said it was like medicine. I then inquired what kind of sickness were they suffering from. They told me they weren’t sick, they just took it anyway. So, I then asked why would anyone take medicine if they weren't sick?


The three of us didn’t really know. I laughed to myself at something as absurd as people taking medicine when they weren’t sick, and then naming themselves after bugs.


I absolutely had no desire to even investigate what this band sounded like. Months or years later (I have no way of knowing for sure) local teens started calling our radio station and denouncing the Beatles because they said they were more popular than Jesus. Absurd once again, because to my knowledge that station had never once played their music (or any rock song for that matter). At that time, I’d still never heard their music. I didn’t feel I was missing much: people who took medicine when they weren’t sick and had named themselves after a bug, and were now saying that they were greater than Jesus; that was one of the craziest things I’d ever heard.


Nationwide, by 1963 things were also changing as regards to race (I’ll talk more about this later in the book) and gender. The Presidential Commission of the Status of Women presented disturbing facts about women’s places in our society. In response, such women as Betty Friedan, Pauli Murray, and Gloria Steinem (who started the National Organization for Women) began questioning the unequal treatment of women.


This unease gave birth to the Women’s Liberation Movement (often shorted to Women’s Lib), and one of the things they discussed in excruciating detail was the “glass ceiling,” or what was perceived to be a limit as to how far a woman could rise in a corporation. In our little Texas town, of course, they might as well have been speaking Martian. We knew what a woman’s place was; everybody knew it … then.


There was also a thing we started hearing about on TV called the National Association for the Advancement of Colored People (which seemed like quite a mouthful; no wonder folks just usually called it by its acronym, the NAACP). This really came to the forefront was the year Dr. Martin Luther King Jr. made his famous “I have a dream” speech on August 28 of that year.

Many books speak of the sixties—pop culture, the Beatles, JFK, Vietnam War, civil rights, walking on the moon—but not from the eyes of an elementary school boy growing up on the prairie in Central Texas. This is a humorous and tear-jerking look back in time, a thought-provoking and entertaining look at history and people.

Wes had a calling to write since he was eight years old. His childhood memories of his father’s death, his mother’s grief and the struggles of his grandparents provide Wes with a voice that is not taught in a classroom and not heard in lecture halls. This native of Central Texas provides a homespun childlike view of the past that provides teachable moments for today. He brings a sense of humor that beams down as warm as a prairie sun while moving you through thought provoking stories as deep as your favorite swimming hole.