Choosing to Embrace God’s Will for Your Life 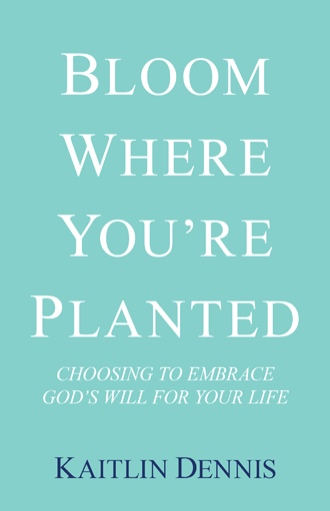 As human beings, we tend to be drama queens when dealing with stressful situations, especially those that flip our lives upside down. I’m not even going to try and deny this. I accepted my crown a long time ago and with as much dignity as a panic-stricken person is capable. Thankfully, we serve a perfect King that never panics, never makes a mistake, and only allows events in each of our lives to transpire for our benefit.

Who wouldn’t want to serve a God like that with childlike faith? It all seems so simple as I write this, but the truth is we are all living in a sinful world complete with our very own individual sin natures. Though God is alive and well, temptation is too! As human beings, more often than not we give into the temptation laid at our feet, sometimes without even realizing it.

The temptation to depend on ourselves more than we do God is a common misstep every person tends to make during his or her walk with Christ. Ego is a major stumbling block for a multitude of people, myself included, when it comes to their faith.

When things are going good, the human mindset fools us into believing that we can do this or that entirely on our own. We become like the lost sheep from the parable in Luke 15:1-7 and we wander away from the guidance of our Shepard. For some peculiar reason, we actually believe we can do everything all on our own. As we begin to grow as human beings, sometimes we tend to focus more of that attention on the physical side of our ourselves thereby pushing the spiritual side further down that list of priorities.

Notice, however, that the majority of us tend to stray only when things are going good in our lives. If strife or suffering enters the picture, we’re typically right back with the flock again because we don’t just seek guidance from our shepherd, we require it too. Or we seek an answer from God to a very two-dimensional question frequently asked during the hardships we face…‘Why, God?’

I say two-dimensional because this question holds a lot of meaning depending on how you ask it. There is the first dimension aspect where the question is asked with complete despair and self-pity. The focus is also completely based upon the desires of the person posing the question. Then we have the second dimension where the question is asked with a desire for wisdom so that the person can begin to understand the circumstances and hopefully fulfill the purpose God has intended for his or her life. You’ll notice that the focus of this second dimension is removed from the person and placed on God instead. It is a desire to fully understand His will so that honor and glory can be brought to God’s plans rather than our own self-absorbed plans. This is also a topic I will discuss more in later chapters.

As I grew into my teens, I had made the common mistake of shifting my relationship with God lower down on my list of priorities, replacing it with myself instead. The thing is, I went to church on Sundays, a girl’s Bible study group every Tuesday night, and I attended a Christian high school where we had multiple Bible classes and chapel sessions every week. This should be enough, right? What could possibly be missing from my weekly schedule?

Teenage me failed to realize that it wasn’t my weekly schedule that came up empty of the most important activity required for a strong relationship with God; that was much too broad! Rather, it was my daily schedule that needed some attention…attention in the form of private time spent in his Word and devoted to prayer.

I busied myself with other activities that fed my worldly interests, such as school, friends, sports, and (of course) my cellphone. Believe it or not I actually considered myself a strong Christian at the time. Maybe it was just a bad case of ignorance, but the fact of the matter is that I was failing to nurture the most important relationship of my existence by prioritizing meaningless and temporary objects or activities above God. I was the sheep who strayed from the pack this time, complete with an over-fed ego and all puffed up with my own confidence. My independence got the best of me when I was fifteen years old. Lucky for me, God intervened.

Bloom Where You’re Planted—on paper, it may be a simple concept, but in reality, it is one of the most challenging tasks a Christian will ever face, especially during hard times. I discovered this firsthand after being diagnosed with epilepsy as a teenager. I was swept off my mountain and found myself smack-dab in the middle of the valley of shadow and doubt. The truth is, this unexpected change of scenery was exactly what I needed if I was ever going to stop focusing on the plans I created and start focusing on God’s plan instead. The journey through the valley is never easy, but embracing the will God has intended for your life is a good start. I may not be through my valley just yet, but as I’ve learned over the span of eight years while dealing with epilepsy, God’s plan is perfect and dependable. Blooming where you’re planted is more than simply embracing your current circumstances; it is choosing to root yourself in Christ. Only then can you grow to fulfill the purpose created for you by Almighty God.

Kaitlin was diagnosed with Catamenial Epilepsy when she was fifteen years old and continues to battle it using Holistic methods. This drastic lifestyle change not only transformed her relationship with Christ for the better, but it has also served as the inspiration behind the majority of her writing including her health & wellness blog, Seize the Day Blog. In addition to blogging, Kaitlin is currently pursuing her Bachelor’s degree in Communication with a minor in English from Boise State University.