A Physicist Examines the Big Bang and the Bible 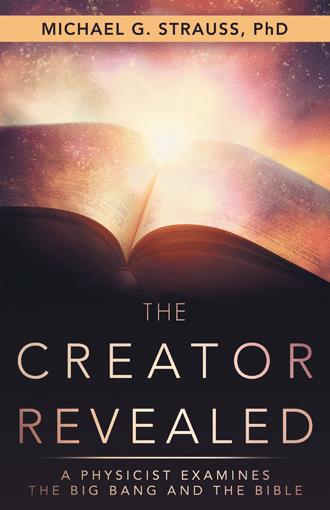 I was mesmerized by the picture on my television screen that was being transmitted from about 240,000 miles away. The fuzzy black-and-white images of the two astronauts walking on the moon captivated me as I watched humans step onto a different world for the very first time. What an exciting and amazing moment for a ten-year-old boy! It seemed that through the miracle of scientific progress, humans could do almost anything. I was fascinated by the exploration of space and the advancements made by modern science.

I was also the son of a pastor and was being taught in church that the Bible was the Word of God, that the stories written in the Bible were true, and that they were an accurate reflection of a God who is always truthful. These two arenas, science and faith, were in perfect harmony, at least to a boy who was only ten years old.

But as I grew older, I became aware that many Christians believed that the findings of modern science contradicted the facts of the Bible. For instance, the story of creation in the Bible told of a God who spoke and the universe came into existence, whereas scientists generally believed that the universe began with an event known as the “big bang.” The apparent difference was confusing because science seemed to be so amazing and true, but I also knew that God was real and spoke the truth. It seemed to me that many, if not most, Christians were extremely skeptical of the claims of science, believing that some of the most profound conclusions of modern science contradicted their beliefs.

As a young adult, I read Christian and secular authors who wrote about these apparent contradictions between science and faith. Many Christian authors of that time wrote that when scientists studied anything about the origin of the earth and the universe, the scientists misinterpreted the facts of nature. These authors claimed that the universe was about six thousand to ten thousand years old and that if the scientists were not so biased, they would see this for themselves. Some writers claimed that the Bible clearly indicated the earth had been created pretty much in its current form a few thousand years ago, and they asserted that there was scientific proof for this “young” earth. They believed that the record of nature was compatible with the record of the Bible only when scientists interpreted what nature revealed in the context of this young earth.

Since I believed that the same God who wrote the Bible also created the universe, I also believed that the record of nature and the written Word of God should agree. I accepted the idea that there was an apparent contradiction between scientific discoveries and the words of the Bible because the scientists were not properly interpreting the data. After all, that is what most Christian authors whom I was reading at the time seemed to believe.

However, as I studied science in college and graduate school, and as I read the Bible more for myself, I began to realize the idea that most scientists were misinterpreting the record of nature didn’t make sense. Over and over again, the Bible declares that God’s character should be revealed through nature so that everyone, not just Christians who believe the Bible, should see him clearly. Romans 1:20 says that everyone is “without excuse” because “God’s invisible qualities—his eternal power and divine nature—have been clearly seen, being understood from what has been made.” I finally decided that I should study this subject of science and scripture for myself. It seemed perfectly reasonable because I had the credentials to explore this subject. My scientific credentials were solid: I had majored in science in college, and I was in the process of earning a PhD in elementary particle physics at UCLA. In addition to having a personal knowledge of science, I had a personal faith in Jesus Christ. I had formally studied Christian doctrine at Biola University, where I had taken thirty credit hours of Bible studies. My grandfather and father were well-known pastors. Two of my brothers were missionaries, and one was a biblical scholar and seminary professor. I had a great spiritual heritage and a well-developed understanding of how to study the Bible. I had Hebrew lexicons and Bible study aids available in my father’s personal library. So I began an in-depth examination of the facts of science and the words of scripture, determined to understand how the God of truth revealed himself in both the words of the Bible and the works of nature. The Creator Revealed is a brief description of my findings after more than thirty years of studying this subject.

Do current scientific discoveries support or contradict the story of creation in the Bible? Does science give evidence for or against God’s existence? Does it matter what you think about origins, science, and the Bible? Does your understanding of science and creation affect your daily living or your relationship with God? In The Creator Revealed, author and physicist Dr. Michael G. Strauss explores these central questions about science and faith in simple and entertaining language, showing how modern scientific discoveries about the origin and design of the universe proclaim the character of God and agree with the biblical story of creation. For the Christian confronted with possible inconsistencies between faith and science, and for the skeptic who believes modern science has shown that belief in God is unnecessary, The Creator Revealed can demonstrate the glory, power, and wonder of God by looking at science, the Bible, and the effect that truth has on people’s lives. Reconciling the truth of scripture with the truth of science can change your perspective and your life. The message of The Creator Revealed will expand your idea of who God is, increase your faith in him, and provide a way to share this revelation of God in creation with others.

Michael G. Strauss is a David Ross Boyd Professor of Physics at the University of Oklahoma in Norman; he earned his undergraduate degree in physical science from Biola University and his PhD in physics from the University of California in Los Angeles. He conducts research in experimental particle physics studying the fundamental particles and forces in the universe, and has worked at major international laboratories in the United States and in Europe. Dr. Strauss also speaks at churches, schools, and universities around the world about the intersection of science and Christianity. He is one of the four general editors of Zondervan’s Dictionary of Christianity and Science.